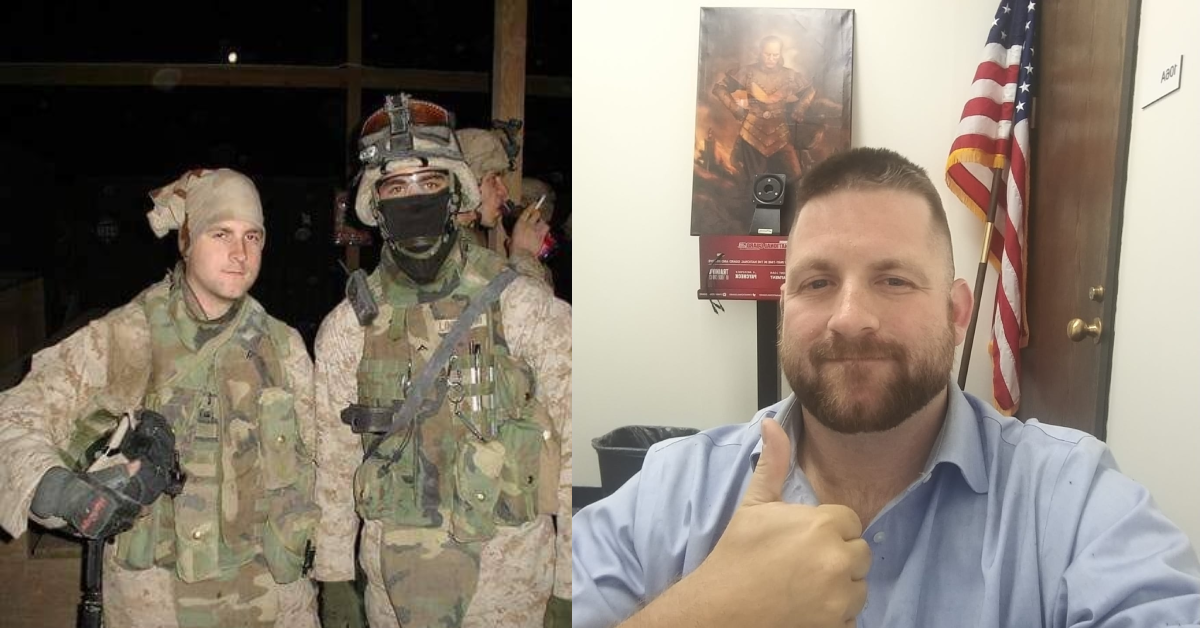 While only one day each year is devoted to celebrating veterans, U.S. vets devote themselves to ensuring that America and its values are safeguarded year-round. Despite the hard-earned peace that vets return to after their service, many find it difficult to find their place in civilian life. Senior business major at Indiana University Northwest (IUN) Daniel Riordan knows just how hard that transition can be. He had intended to go to college right after his service time was up, but he found it more of a challenge than he previously anticipated.

“I got my butt kicked a lot in the real world,” Riordan said. “When I first got out in 2009, I tried going to Purdue University Northwest, or Purdue University Calumet as it was called back then. It was very hard for me to assimilate to campus life. I got so used to structure and everything else in the military. In this civilian role, it was different. That was around the initial recession, and I thought, I need to go find myself a job as opposed to wasting my time going to school, I’d rather just do that.’”

Riordan wound up working a series of odd jobs over the next few years. He had several, including as a factory worker, as a janitor in Chicago, as a property manager in Indianapolis, as a Black Jack Dealer at Horseshoe Hammond Casino, as a truck driver, and as a warehouse worker. Riordan got into an accident as a truck driver, which led him to reconsider going to school. After four days of working at a warehouse, he felt he needed to go back to school and quit that job. He started taking courses at Ivy Tech and later transferred to IUN.

Knowing how hard it was for vets to transition from a life in service to a life campus, Riordan decided he wanted to do something at IUN to help other vets. While the leadership at IUN had already started talking about creating the Veterans Resource Center that is now on campus, Riordan gave them the push they needed to make it happen.

He jokingly said that he annoyed the staff into making the resource center a reality while also contributing suggestions along the way. Riordan did not stop there. He also founded the Military Service Association (MSA) on IUN’s campus. MSA allows veterans to gather and bond over their shared experience serving in the military.

“A lot of us deal with social isolation,” Riordan said. “We become isolated because we act differently. We don’t really know how to act in some situations, so it seems like it is better for us to regress into ourselves as opposed to showing the civilian population who we are.”

“Here at MSA, we’re all brothers. We’re all a big family. With veterans, I’ve noticed there are two different people. There are the people who we are around each other and the people who we are in public. We can’t be those public guys 24/7. We act totally different around each other than we do around other people, but that’s because we have to. We have that side of ourselves that we can’t show but not because we’re not afraid. We just can’t do it.”

Riordan wants to expand MSA to become part of the Student Veterans of America because it would give veterans more scholarships and funding. With over100 veterans and family members of veterans receiving veteran education benefits at IUN, Professor of Management Dr. Charles Hobson is proud to call IUN a vet-friendly campus.

Hobson was part of a group of IUN School of Business and Economics professors that published a study concerning veterans in the workplace. The study was published in the Journal of Veterans Studies and broaches the topic of employers hesitating to hire veterans.

The study concluded that hiring veterans and reservists boosts companies’ financial performance. Hobson and the other professors, Micah Pollak and Bala Arshanapalli, who wrote the piece, hope this will erase the stigma against hiring veterans. Many vets choose to leave out any mention of military service in job interviews in fear that it will hurt their chances of being hired. Hobson wants to encourage vets to market the positive characteristics gained from service rather than hide it as he believes those qualities make them a well-rounded asset to the workplace.

“Veterans are worried that employers might hold their service experience against them,” Hobson said. “We’re trying to change that mindset and say they should be very proud of their military service and of the characteristics and competencies they have that can be useful in any organization. For example, in the military, teamwork is everything. There isn’t a civilian company in the U.S. today that doesn’t rely heavily on teamwork. If you hire a vet, you can be assured that they know how to work together in a diverse team. In the military, the ranks are very diverse with men and women and people of color and Caucasians. Vets can step into any organization and feel comfortable working with people who are different than they are.”