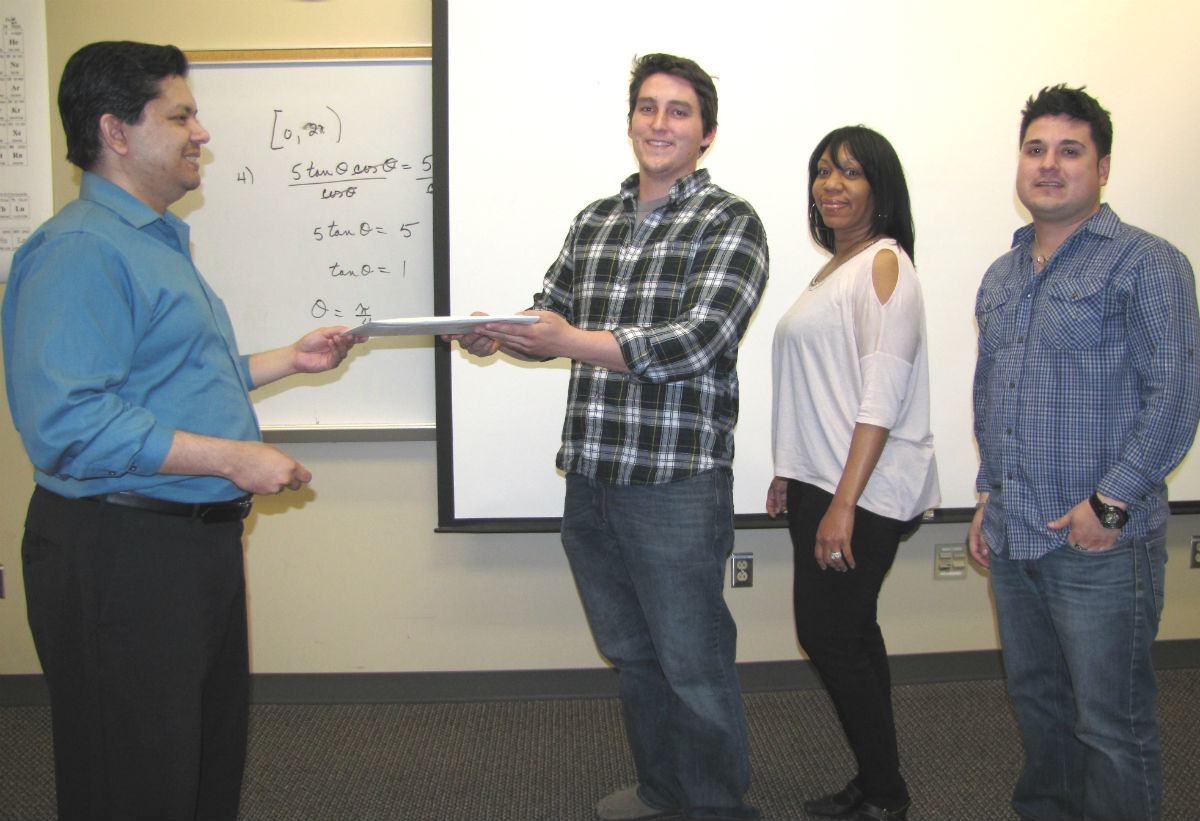 Some graduate students at Indiana University Northwest took part in a successful partnership the school has with the Northwestern Indiana Regional Planning Commission (NIRPC).

The major project for the students in Dr. Kalim Shah’s spring environmental planning course was for groups of 3-4 students to pick a current NIRPC project and take part in the process by volunteering their time with a policy committee. 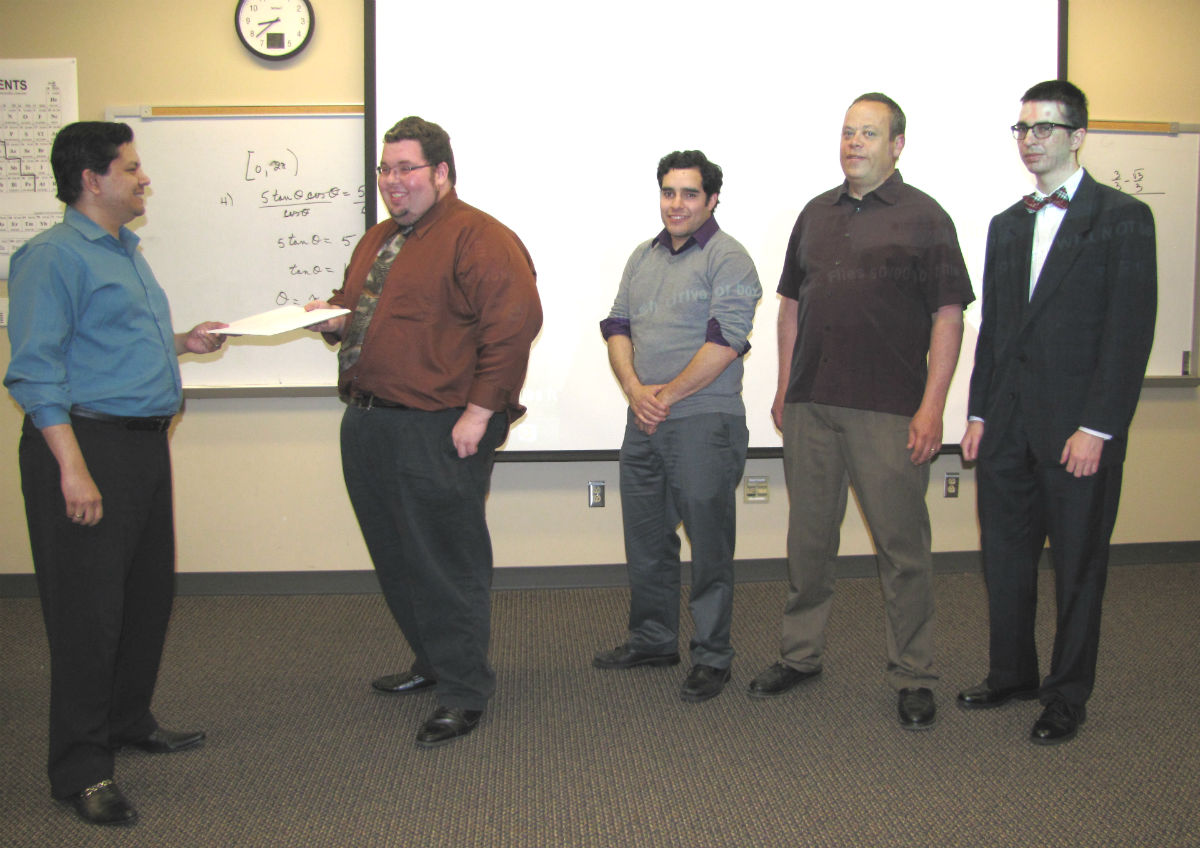 The first of three projects presented to the entire class in late April included suggestion’s on NIRPC’s Shoreline Management and Restoration Plan. The group that included Gus Hultman, Serina Wells and Carlo Gurrola sought to find methods to remedy erosion and damage to the dunes and beaches at the Indiana Dunes National Lakeshore.

The committee meeting they attended included a lengthy discussion on the pros and cons of leaf burning to that effect, but ended with no solution, only to postpone what had been a tentative burning date. 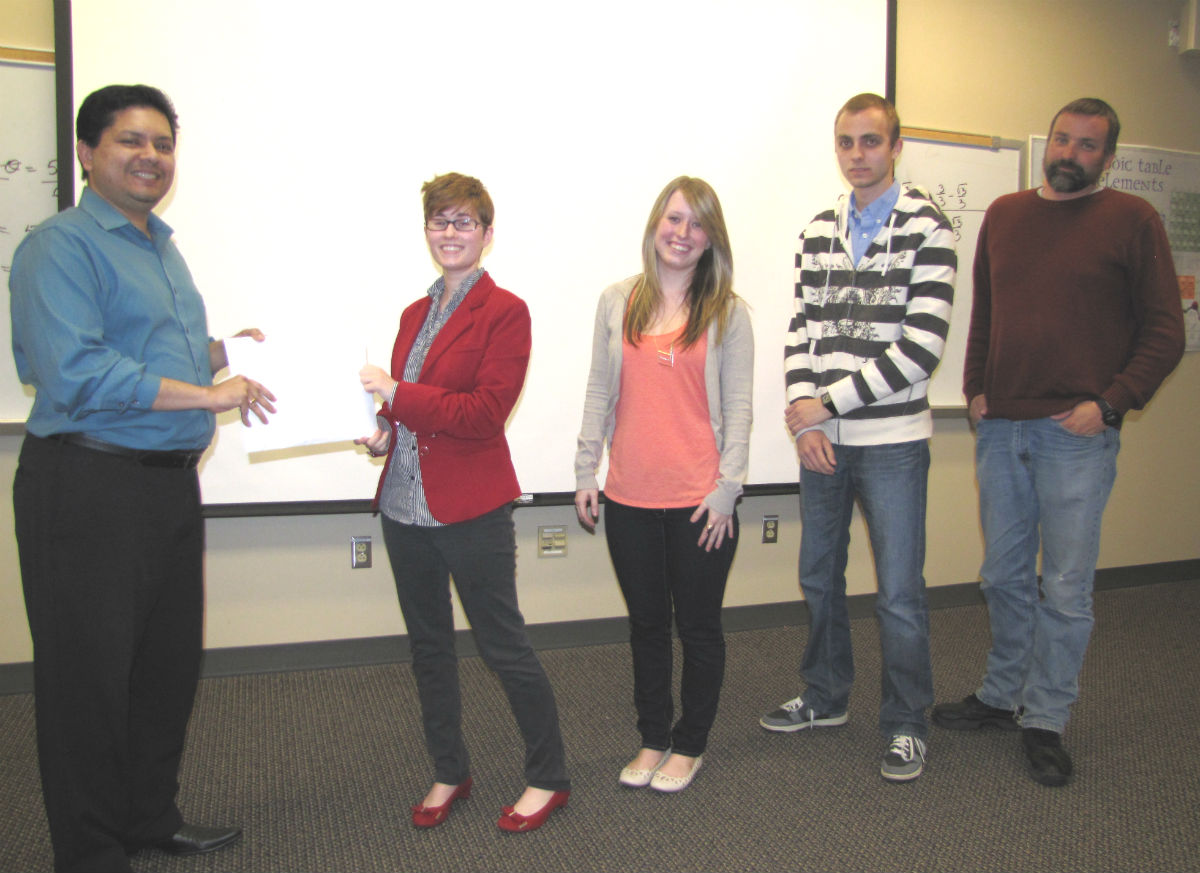 Hultman, Wells and Gurrola came up with a solution to leave the leaves in the area as they provide shelter for smaller creatures and speed up the process for the area to come back to being a wetland.

“We found it interesting that the committee wants to build wetlands, I’ve never heard of that,” Hultman said. Gurrola said this group focused on the IDNL project because they “wanted to do something local.”

“It’s nice to be able to work within the area and study something that you can relate to,” he said.

A second project submitted by Elmer Thoreson, David Kujawa, David Rinconeno and Joseph Dettloff took a look at the Deep River-Portage Burns Waterway Watershed initiative, attending a February 13 steering committee meeting on the watershed that covers 180 square miles of streams that comes to a head at Burns Ditch. The group was charged with forming a plan that meets a checklist drawn out by the Indiana Department of Environmental Management.

The four-person IUN group proposed reducing the number of members on the steering committee by forming sub-committees, which would save time at regular meetings by having the sub-committees already discuss a topic in great length.

“Ideas will be more developed, and all stakeholders will be represented at these discussions,” said Thoreson.

Utilizing local high schools and middle schools to develop and retain volunteers would help get things accomplished at a low cost if local parks would be in favor of negotiating free entrance fees for volunteers.

This would in turn create a more cooperative process and “minimize problems through organization.”

The idea of allowing bicycles on South Shore trains was discussed as group members pointed out that work trips by bicycle increased by 10 percent from 2000 to 2008 in Northwest Indiana.

“We think it’s a good idea,” one group member said. “There should be more public comment sessions planned to allow area residents to know more of the situation.”

Kathy Luther, director of environmental programs at NIRPC, called the input from the students "very timely."

"Under the leadership of the Executive Board Vice-Chair Mayor Blair Milo of La Porte, a working group of NIRPC Commissioners are undertaking a review of our committee structures and procedures for effectiveness and transparency," Luther said. "Many of the students recommendations are very relevant to this effort and will be very useful."

“I’d like to be an urban planner,” Thoreson said. “I want to be part f this engagement in other communities.”

Shah said the University’s partnership with NIRPC benefits both parties by allowing his students to be “more engaged” and “vocal” in studying current issues in the region and providing NIRPC with a fresh batch of ideas from the students.

“Everyone had a deep interest in this and let the ideas flow,” Shah said.