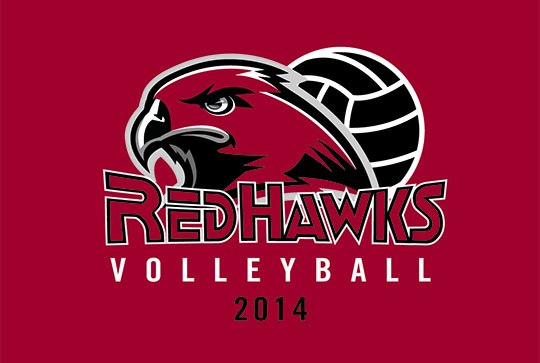 Ask any volleyball player what their goal for the 2014 season would be…they will all answer “Denver”. Denver, Colorado is the home of the 2014 A.I.I. Conference Championship, and the Lady RedHawks have every intention on being there. The 2014 RedHawks Volleyball Team is practicing hard to continue their quest for an A.I.I. Post-season Bid.

This RedHawk team had a lot of growing up to do, after last season’s disappointing 2-36 finish. Second year head coach Diane White has recruited a very strong freshman class, and has seven returning players with A.I.I. experience.

“Strong leadership and depth are keys to this year’s team” White said.

Petra Faught will lead the RedHawks this year as the team’s only senior. Faught, a four year player at IU Northwest, has a strong desire for a successful season after being named to the A.I.I. All -Conference Honorable Mention in 2013.

“I am asking the returning players to really step up and lead their team this season,” White said. “They are a very driven group of women, and I look forward to watching them perform this year.”

A talented group of incoming freshman round out the RedHawks’ roster. Look for big plays from outside hitter Caylie Pruitt (Hobart) and middle hitter LaChelle Smith (Richton Park, Ill.).

The team begins its journey with a home match versus Calumet College of St. Joseph at 7 p.m. on Tuesday, August 26 at the Savannah Center. Click here to see the RedHawks’ full season schedule.