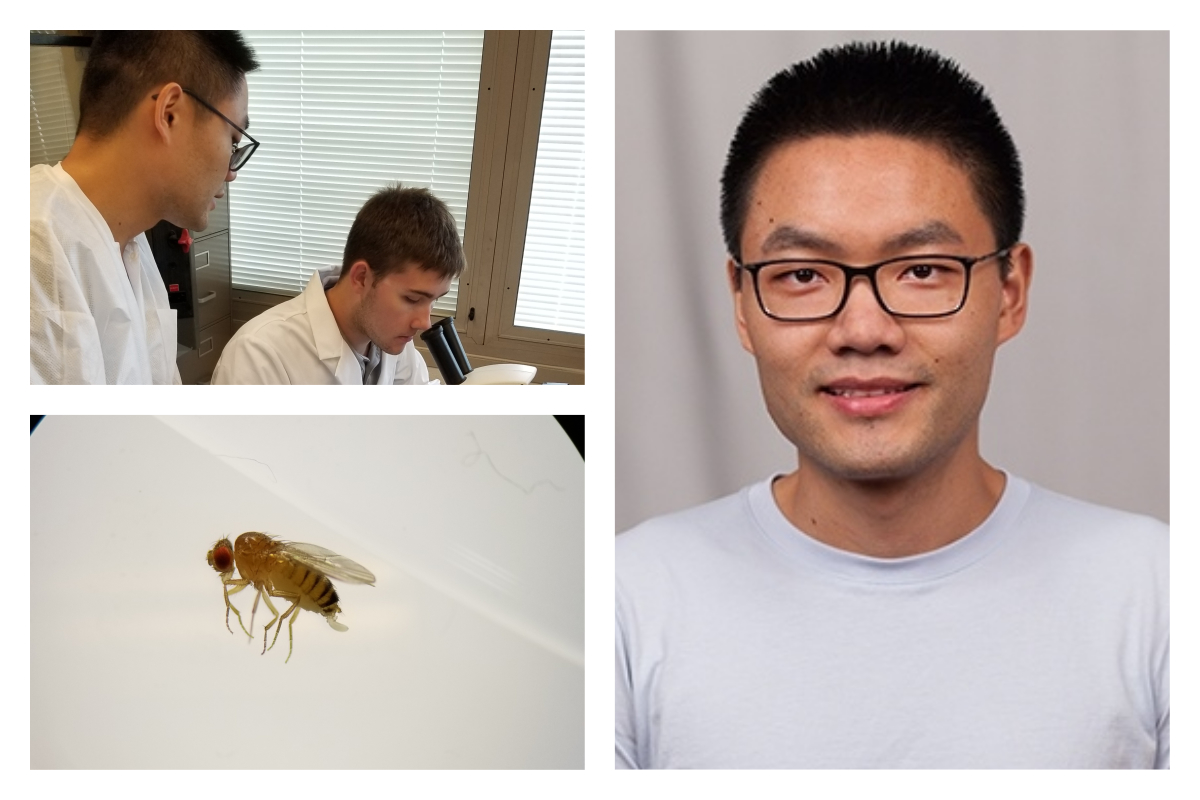 Gao studies a special type of stem cells known as germ cells, which is necessary for the reproduction of many species. Specifically, he is working to discover how the me31B gene gives germ cells their function by studying gene mutations in fruit flies, whose genome is 78 percent similar to humans.

The grant, a prestigious first for IU Northwest, will enable Gao to continuously employ four undergraduate students and a full-time research assistant to assist him in the lab.

Gao’s approach is to create various mutations of the me31B gene, incorporate them into the flies and study what happens, with the ultimate aim of understanding the link between gene mutations and reproductive disorders.

“It is known that if the me31B gene is not functioning, germ cells cannot exist. Mutating the gene causes the fly to produce no germ cells at all, which means they cannot produce offspring,” Gao said. “If we can understand exactly how this gene functions, and how it contributes to germ cell production, we are a step closer to developing interventions that can potentially alleviate or reverse reproductive disorders in humans.”

Gao said that by tinkering with the flies’ genetic makeup and observing what kinds of defects show up as a result, the researchers can isolate which parts of the gene are responsible for certain functions.

Once Gao observes a trend in changes to the flies’ reproductive systems, he extends the research to a molecular level. For instance, a consistently underdeveloped ovary with a certain gene mutation leads Gao to a hypothesis.

“I wonder if this particular gene mutation may reduce protein expression,” Gao speculates, “and that deficiency could have caused the ovary development to become arrested. The next thing I will do is a protein extraction and use molecular biology tools to further analyze the quantity of that protein.”

In Gao’s lab, the researchers aestheticize the flies on a surface that emits carbon dioxide. This is where their reproductive organs and the germ cells are observed after having been incorporated with a gene mutation.

Gao estimates that roughly more than 50 different gene mutations will be researched over the next three years. Some are synthesized by Gao, and some are purchased from Bloomington Drosophila Stock Center at IU.

A milestone for IU Northwest; unparalleled experience for students

Peter Avis, chair of the IU Northwest Biology Department, said that securing a respected NIH grant to further scientific research at IU Northwest is a major win for the university, and proof that professors are taking on cutting-edge research projects with widespread implications.

Avis says research of this caliber is becoming more common at IU Northwest, and undergraduate students are the greatest beneficiary of this development. As one example, Gao recently published a paper in FEBS Letters, a peer-reviewed scientific journal covering molecular biosciences, with four undergraduate students listed as co-authors.

“We regularly combine teaching with research here, and students are always involved in the research our professors are undertaking,” Avis said. “I’ve seen so many students working in our labs go from shy, untrained and uncertain, to being some of the best students we will ever produce here because of the research that they are all doing together.”