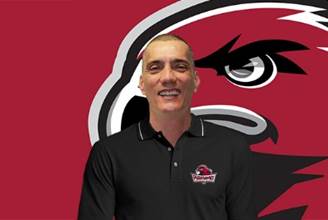 Indiana University Northwest has announced that Emilio Torres, of Munster, IN., will be the new head coach for the Lady RedHawks Volleyball Team for the 2016 season.

“I am delighted and look forward to the great opportunity given to me to be IU Northwest’s Women’s Volleyball Head Coach. I look forward to creating a competitive program that represents the values and virtues of the IU Northwest RedHawk community. We presently have a very strong and young core of players that will be complimented by a great recruiting class for the coming season. I truly look forward to the opportunity and feel optimistic about where we can take the program in the coming years” said Torres.

Director of Operations and Assistant Volleyball Coach Anna Villanueva voiced “The team and I are very excited to have Coach Torres here. His knowledge of the game and the local area teams is going to be very beneficial to the university as well as the team. He is coming to the right place at the right time to take this young team to the next level. I look forward to working with him.”

2000-2005
Worked with the Provincial Ministry of Youth and Sports implementing, developing the game of volleyball in the Province of Sofala, Mozambique.

Executive Director of Athletics, Kristofer Schnatz, added “We are fortunate to have the opportunity to hire a coach with so many ties to the Region. Coach Torres will bring a wealth of knowledge and experience to our volleyball team and we look forward to continued growth within our program.”