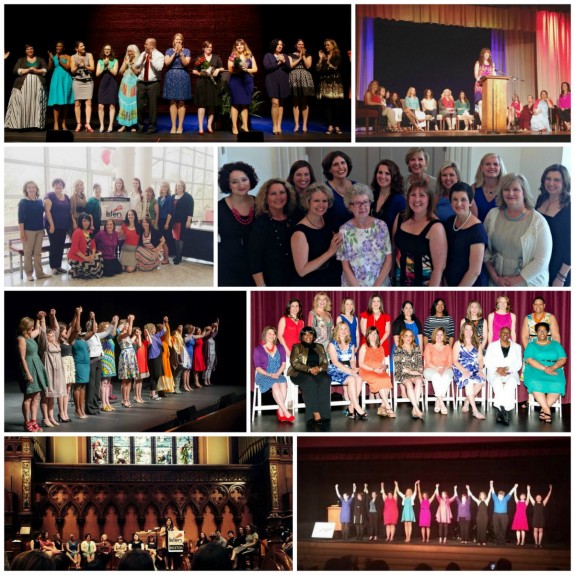 Our opening weekend of April 25th was phenomenal! Congratulations go to Atlanta, Baltimore, Boston, Indianapolis, Milwaukee, Nashville, Northern Utah, and The OC on their smashing success!

Many folks are already asking about 2015 auditions or hosting LTYM in their own city: look for updates on your local site . We'll call for new city applications this fall, and announce auditions in early 2014, like us on Facebook and follow us on Twitter so you don't miss any LTYM news.
National Sponsor Chevrolet Helps LTYM #FindNewRoads
Not much is better than a journey with a friend who supports you in finding new roads. We are so proud of the way that the Listen to Your Mother community empowers producer/director teams and casts to find new roads each year through non-stop teamwork and support.

We are so grateful that our national sponsor Chevrolet is making it possible for some of our local director/producers to road trip to their sister-LTYM shows in nearby cities, and we’ve loved following along!

Read all about Melisa and Tracey's road trip to our Milwaukee show here and here.

Good news? Updates to share? Email listentoyourmothershow@gmail.com, subject line "alumni news"
Happy Mother's Day! See you at the show!
Have a wonderful Mother's Day with your family or friends. If you can't make it to one of our live shows, check out over 500 videos from past season on our LTYMShow YouTube Channel. We'll be adding videos from our 2014 season this summer, for a total of nearly 1000 motherhood stories!