What kinds of stories can we look forward to sharing as we move into Lake County with NWIndianaLife.com? 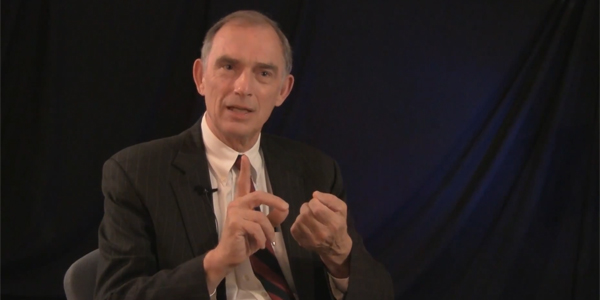 CPV: I think you're going find some very positive developments that mirror in many ways the good things that happen in LaPorte and Porter County. For example, in Munster, you have great governance and local officials who look ahead. People will drive by Centennial Park on Calumet Avenue and they will see a wonderful development.

Town officials, all of whom are different in the 1960s, were engaged in beginning a solid waste disposal site with the goal that someday we will have park there. Half century later, through multiple boards, they kept their eye on the ball. As one of the town boards members said to me that the park looks much different than what they envisioned in the 60s, and I am sure it is much better than they envisioned, but there was that deliberateness.

When I've talked to the officials about the expansion of the South Shore service when you think about that 45th Avenue and Calumet, people are just thinking ahead. Not so much out of the box, but how can we maximize the economic value, job value, and the quality of life value? We should have an urban vertical downtown. How it will turn out? We don't know, but people are thinking.

I tell people today that maybe the hottest real estate market today is Whiting, Indiana, population 4,600 people. You've got great governance with Mayor Stahura, you have investment of public tax dollars in the lakeshore, but now today on 119th Street there is not a vacant building, property values have gone up, and you're going to see additional investment by private industry in Whiting, Indiana, and the quality of life is going to be superb.

The mayor is talking about construction of apartment housing for young professionals because you can get on a bike path in Whiting, Indiana, and bike to downtown Chicago and maybe even work in downtown Chicago. You can work at BP and, weather permitting, walk to the lakefront for your lunch. That's a very positive development that people may not always see.

You look at Gary and East Chicago, while they've had a lot of great difficulties, you have wonderful public officials in Mayor Copeland and Freeman-Wilson, and they're moving ahead. Some of it you can't see, we had a ribbon cutting for a new sewer where you needed more capacity, you had to prevent infiltration, and that's going to improve the investment in that community. The mayor has been addiment about developing the airport. Two years ago, if we had this conversation, we'd be talking about potential. Today, you can drive down 4th Avenue and someone is working and pushing dirt at the airport, which is progress.

Will all of the proposed projects related to Gary like the Airport turn out to be positives?

CPV: They will, and it is going to be tough. There will be some steps back. There was a step back this year with the cancellation of the commercial flights that were used in the Gary airport, so there's no denying that at all. I tell people that it was almost a generation until the monies were aligned and you had an administration place that is now investing that money and the rail lines are being being relocated, the runway is being expanded, and the actual physical improvements that are so necessary are beginning to happen.

At some point, Midway Airport, as I described it, you're not going to get another piper cup into Midway Airport and people are going to look around. The passenger facility point at O'Hare is going to look around. You have general aviation, you have cargo, you have other types of potential commuters, commercial charter. I think that is an opportunity. You have negotiations for three years with railroads. Within 90 days those were finally resolved under Mayor Freeman-Wilson. That's a very positive sign.

As I mention to people, with Gary you have I-65, I-80, I-90, and I-94. There are not a lot of communities in America that have four interstates running through them, two U.S. highways, about every rail line East of Mississippi, and the largest body of fresh water on planet Earth and in the Chicago area. You can't move Gary, and as we take those steps forward I'm convinced the business community in particular think that they can make money again. People are going to make an investment.

Do you see any private investments in Northwest Indiana gaining traction in the coming months?

CPV: I already do, and of course it's in the sense on the drawing boards for the Kirkland Railyards in Gary. One that is under construction today is the Gibson railyards in Hammond at Indianapolis Boulevard. You also now have, through an agreement with the government and the state of Indiana, $73.1 million being invested on improvements of eight at-grade freight crossings from Porter, Indiana, to the Illinois state line.

Long term, in anticipation to high speed rail, but I told the Valparaiso Chamber of Commerce in August that what it also pertains is moving trait more effectively to the Northern tier of our two counties, which will help those railyards and other types of industrial investments. Those are our types of jobs. Some of those are already underway, others you can see are much closer than farther away.

What are a few highlights from your summer in Northwest Indiana?

CPV: I would start with the St. Elijah's Serbian Festival, and taking my 97 year old father to get a couple of pounds of lamb. It was delightful. We saw friends, and Father came over and had a nice discussion with us. My father gets incredible care at St. Anthony's nursing home, but the food is not as tasty as it might be at Serb Fest.

One of the other things that was just heartwarming, I tell people I almost cried when I went out there, is that sometimes I get discouraged. We all do. My Chief of Staff said that I had to go to Whiting and look at the lakefront. Things are happening that are positive. I tell people that is exactly what I saw in 1985 because you can see Chicago, the lake, and sense that economic vibrancy. Weather permitting, you can see some good stuff in Northwest Indiana.

How do you balance between "old school" and "new school" means of communicating?

CPV: One (balance) is just the experience of having personal interaction and that you have to retail service oriented business. I told a group recently that I don't apologize for being in politics because if I was not I couldn't have a career in public service. Public service is dealing with people with solving problems everyday.

Some of is literally "old school" taking notes and meeting people at fish fries. It's been explained to me, for example, that people don't go to Mark O's tap on Ridge Road to campaign anymore. I have to unfortunately sometimes confiscate my older son's iPhone when he comes to visit because, “We are going to visit John.” So I will confiscate it, but I also understand that people communicate. My wife now is, on occasion, no longer going to answer my emails on my iPhone because I have to become more proficient as far as texting.

So there are some people within the immediate family that are helping me along this life journey, but I do understand that is part of my responsibility to especially younger people who tend not to be engaged in a public or a liberal process. If I ignore that I'm not giving them a chance to do that, so it's become on me to "grow up," learn the technology, and engage in it.