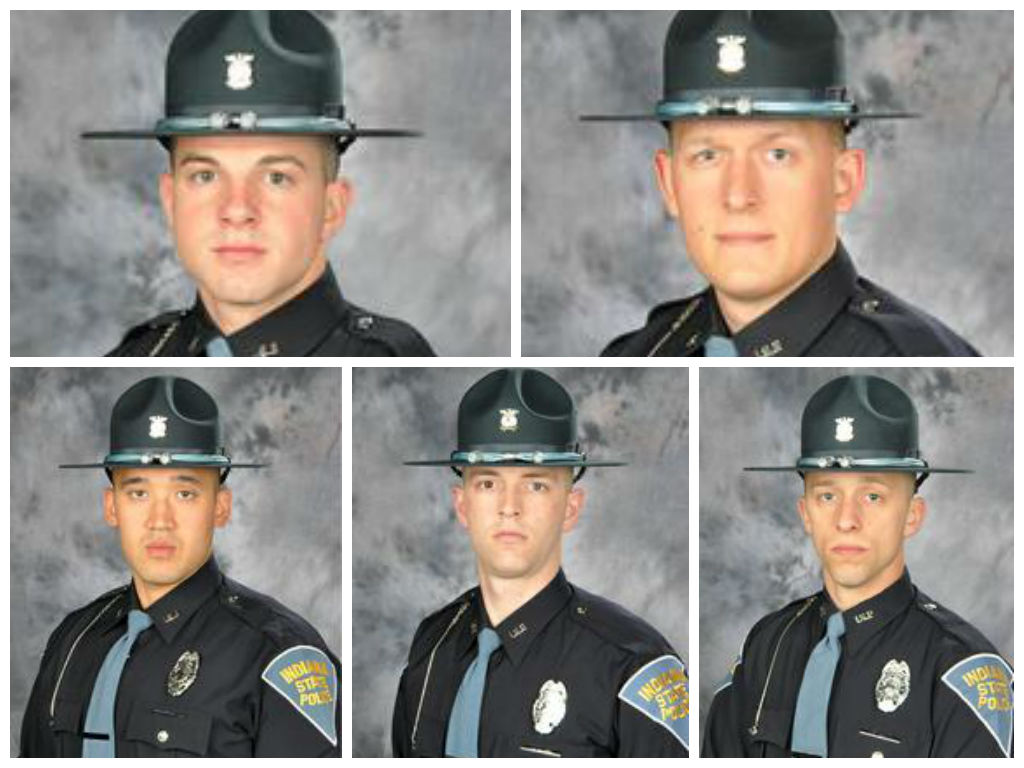 On November 10, 2013 these five men began 25 weeks of intense training at the Indiana Law Enforcement Academy in Plainfield. During the training period the recruits received approximately 600 hours of classroom instructions as well as nearly 300 hours of hands-on practical and scenario based training exercises.

Governor Mike Pence and Indiana State Police Superintendent Douglas G. Carter recognized the accomplishments of the class and following the keynote address by Governor Pence, Chief Justice of the Indiana Supreme Court, the Honorable Brent E. Dickson administered the oath of office to the graduates.

The new troopers will put their recruit academy training to work in the field as they begin 12 weeks of field training where they will be paired with experienced troopers specially trained to serve as Field Training Officers. Upon successful completion of the field training program, they will be issued their own police cars and begin solo patrol Responsibilities.