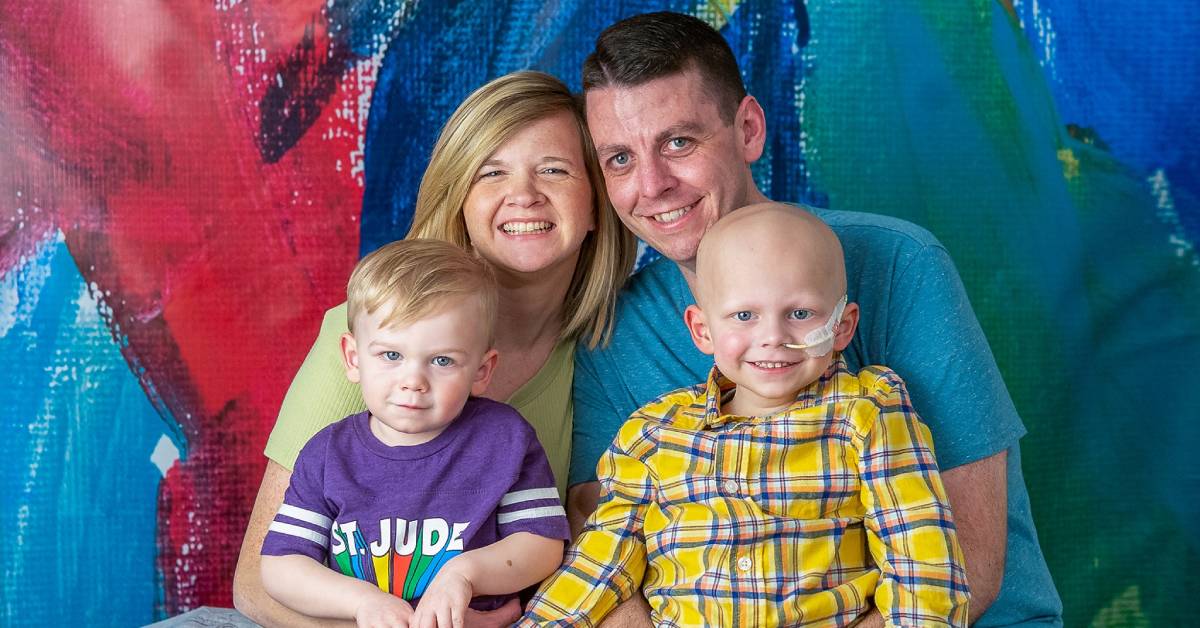 “I’ve been raising money for St. Jude for 21 years,” Ioannacci said. “What happens is the liquor stores and bars on my route will set out a donation jar and customers will throw in a couple bucks or their spare change.”

Ioannacci believes that the donations show the kindness in everyday people.

“At the end of the day, every nickel and penny people donate to St. Jude helps kids. People like to feel good and when they donate whatever they can, they know it’s going towards a great cause,” Ioannacci said. “When a liquor store is cutting us a check for over a thousand dollars, that shows how many people want to help out the kids.”

The donations were initially a dollar, and those who donated would write their names on a pumpkin to display on the walls of the liquor store or bar, but over the years, many businesses leave out jars year-round to fill with donations for the St. Jude Children’s Hospital.

“Over time, a lot of the accounts decided to switch from making the donations strictly a dollar, to any amount folks want to donate,” Ioannacci said. “Now, you have people donating 20-30 dollars at a time, and they get to write their name on the walls. It’s all about the ask, just asking people if they want to help out is the biggest step in increasing the fundraising.”

Due to the MillerCoors merger of 2008, Ioannacci has seen the sheer number of clients fundraising grow exponentially.

“After the merger, we saw a big increase in not only clients in general, but the amount of money donated increased too,” Ioannacci said. “Since there’s a lot more accounts that carry those beers, that’s a lot more opportunity for people to donate.”

Ioannacci has been working in the southern counties for many years now. His route includes bars and liquor stores in Hanna, Knox, Union Mills, and Kouts. He has seen the sheer amount of generous donations customers have made.

“I have accounts like Diane over at Kouts Liquor Store, where she has written checks for over 1,000 dollars. Every little bit helps,” Ioannacci said.

Ioannacci hasn’t noticed much of a decrease in donations as a result of the COVID-19 pandemic.

“I try to set a goal every year, last year I got about $3,000,” Ioannacci said. “Although the bars haven’t been able to collect as much, the liquor stores have really stepped up. I have already reached my goal and then some. That’s just on my route alone.”

If you are interested in a career at Indiana Beverage, visit https://www.indianabev.com/. To learn more about MillerCoors’ partnership with St. Jude Children’s Hospital, visit https://www.stjude.org/get-involved/other-ways/partner-with-st-jude/corporate-partners/millercoors.html