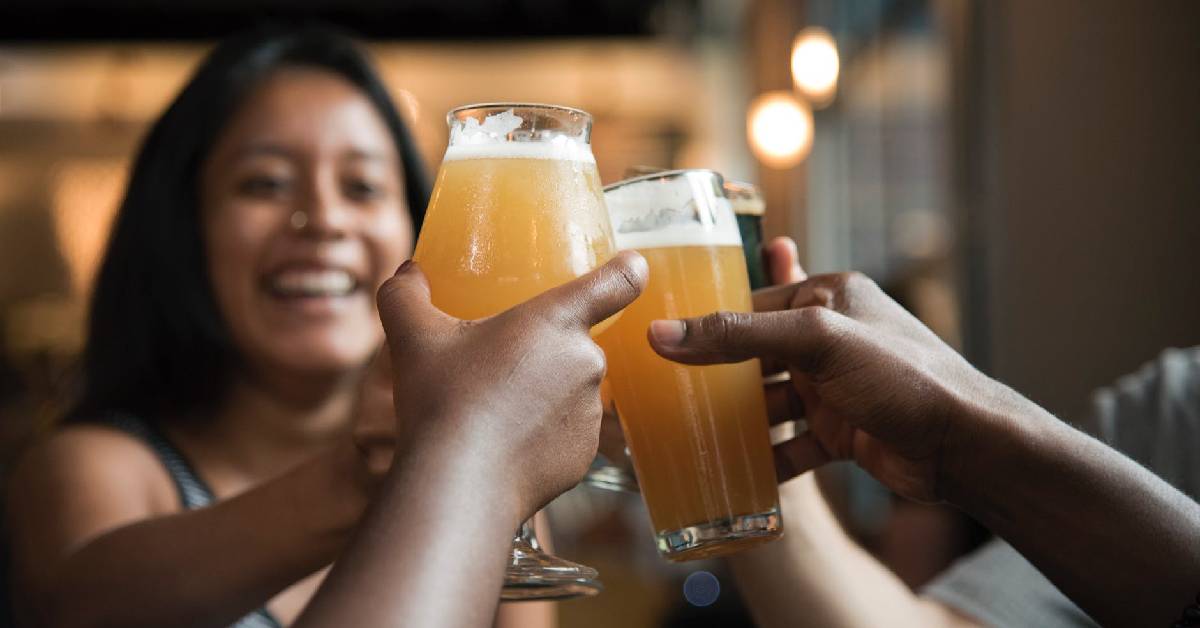 For the first time ever, the City of Hammond is hosting Cold Roses Brew & Music Fest August 9th in historic downtown Hammond. The unique festival features more than 30 breweries and a diverse lineup of music acts, including Chicagoland native eclectic artist, Tristen.

Vezmar, a music enthusiast, said Hammond has yet to host a brew fest. Because many local cities host beer festivals, it was decided to make Cold Roses Fest one of a kind by combining music and craft beer for an epic evening.

“Music is a magical thing,” Vezmar said. “I love all kinds of music and I’m trying to create an experience with live music with even songs playing between the acts.”

Vezmar, who has been booking bands since age 15, put a lot of thought into a well-rounded lineup. The festival is set the night before the popular 14th annual Beatles Fest, and while Vezmar is a devout Beatles fan, he was excited to reach other genres. The music styles to be featured include rock n’ roll, country and western, and electronic. These talented professionals are setting the bar high. The selection process was especially important to Vezmar because planning this event came from the heart.

“Cold Roses was born off of a feeling,” Vezmar said. “The feeling when you’re driving and listening to that one song that takes you back somewhere deeply personal or just makes you dance. The feeling of going to a concert with your friends, or meeting someone for the first time and you feel like you’ve known them for a long time. Hopefully, people experience these things at Cold Roses.”

One artist that came to mind early in the organization process was Tristen. The Lansing, Illinois native is a popular indie singer/songwriter. Her style is eclectic and does not neatly fit into any one genre. She draws inspiration from a variety or artists such as Dolly Parton, Joni Mitchell, The Beatles, The Kinks, and Roy Orbison. Tristen recently was included in Rolling Stone Magazine and has thousands of views on YouTube.

“I saw Tristen live and her music is phenomenal,” Vezmar said. “I just had to have her perform.”

Tristen, from Tennessee, and is eager to return to sweet home Chicagoland to perform. She has family, friends, and fans that are excited to see her locally. Cold Roses is an exciting stop on her summer tour.

“Summer is the season for music,” Tristen said. “I have been touring for nine years and during performances, I lock in with the band and try to connect with people. It’s very natural.”

Tristen said a lot of behind the scenes work goes into touring, so playing her music for an audience is the fun part. She works on her craft daily and is surrounded by musicians in Nashville. Tristen said she feels fortunate to be able to write and play music for a living and draws inspiration from all areas of her own life as well as artists she admires.

“As a fan of music, I enjoy other people’s art,” Tristen said. “ If I like something, I might learn it.”

She nods to artists who came before her and studies them so she can create something new. Tristen is a rockstar who supports herself with music, has a large fan base, and even opened for Vanessa Carlton.

“I will say my biggest surges of joy comes from making a song I really love,” Tristen said. “It makes me say ‘I can do this.’”

Aspiring local artists should catch Tristen at Cold Roses Brew & Music Festival. She advises up-and-coming musicians to shed fear of hard work and noted that you have to fail to be successful. For Tristen, the music business is not about making money, attention, or applause. Rather, it's about artistically reflecting what's going on in the world.

“I feel successful when I have a moment of joy,” Tristen said. “Let's slow down and focus on those feelings, like making a great meal, finding true love, or your baby laughing. Applause and money go away and it doesn’t feed your soul.”

“The entirely new festival experience has been carefully curated from a feeling,” Vezmar said. “I think it is the human experience we need to gravitate to.”

Festival goers are strongly advised to purchase tickets ahead of time at http://coldrosesfest.com, as prices at the gate are $5 more and the event may sell out. This a 21-and-older event. Breweries represented so far include: 3 Floyds, 18th Street, Off Square, Revolution, Misbeehavin’ Meads, and Sierra Nevada. For more information, visit the event website or email info@coldrosesfest.com.