Christina Hale, a candidate running for Indiana Lieutenant Governor with John Gregg, came to the Ideas in Motion Media studio to speak with us about her experiences growing up here in the region, her time as a reporter, and as a member of the Indiana House of Representatives.

Christina Hale grew up in Michigan City and spent her formative years living in the Region. She attended Marquette Catholic High School and went on to Purdue North Central. After graduation, she moved abroad and became a Rotary Ambassador Scholar. She began her career working for the La Porte Herald Argus as a contributor. Upon returning to the United States, she moved to Indianapolis to work for the Department of Commerce. There she was responsible for teacher licensing and quality. She later became a special assistant to Governor Frank O’Bannon. 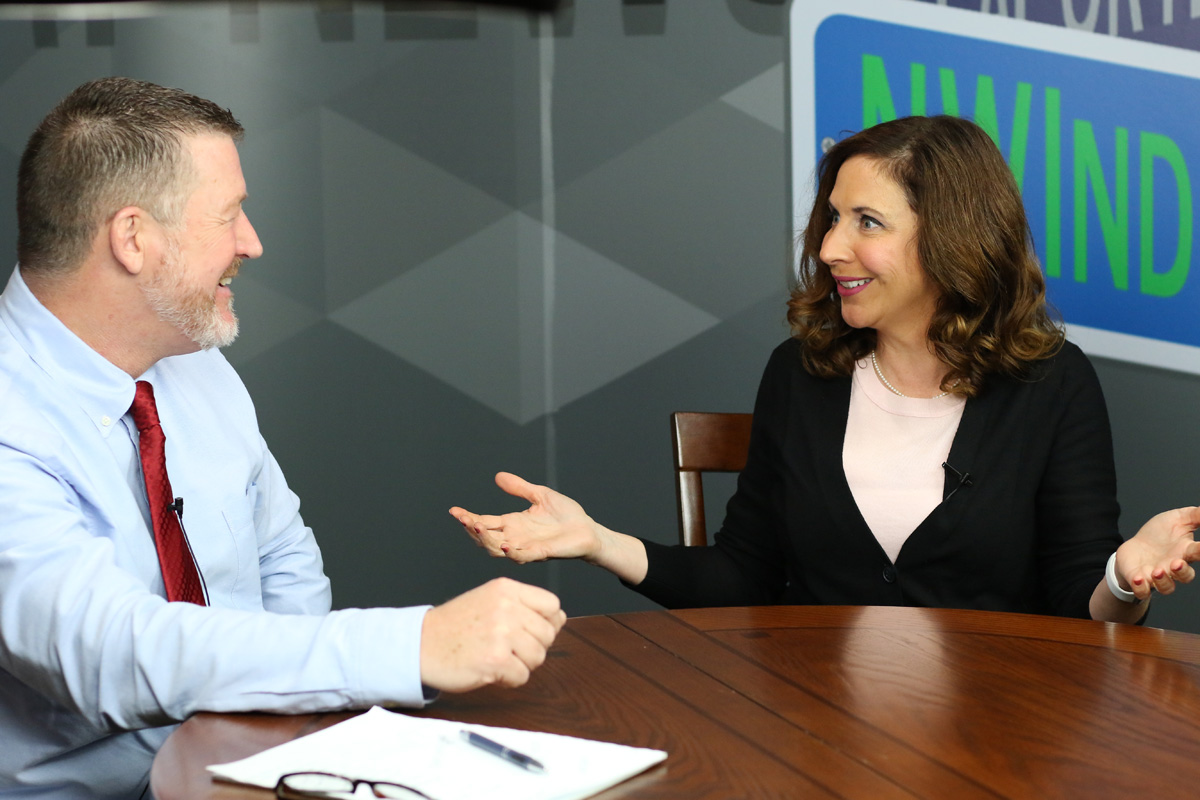 “For most of my career I’ve been working at the Kiwanis International Headquarters, which is right here in Indiana,” Hale said. “There are Kiwanis chapters all over the world. I was responsible for operations in Europe and the Asian Pacific specifically. I was their Chief Communications Expert before I left for the General Assembly.”

Throughout the interview, Hale made statements about the future and promise of the Northwest Indiana region. She also spoke about the resources and initiatives she would like to bring to the forefront as Lt. Governor, such as the South Shore Line’s Double Track system.

“I think we have to be conscious of the unique nature of Indiana’s culture, but also how much opportunity we have here, like access to a world class city like Chicago with the opportunity to build up the South Shore Train Line. People will understand the importance of this opportunity when they ride the new line.” Hale continued, “We had cheap fuel for so many years, but that's changed now. And parking has always been so expensive in Chicago. With the new rail, people can work on the train, because WiFi is provided. The convenience and opportunity will be a huge impact on the region as a whole.” 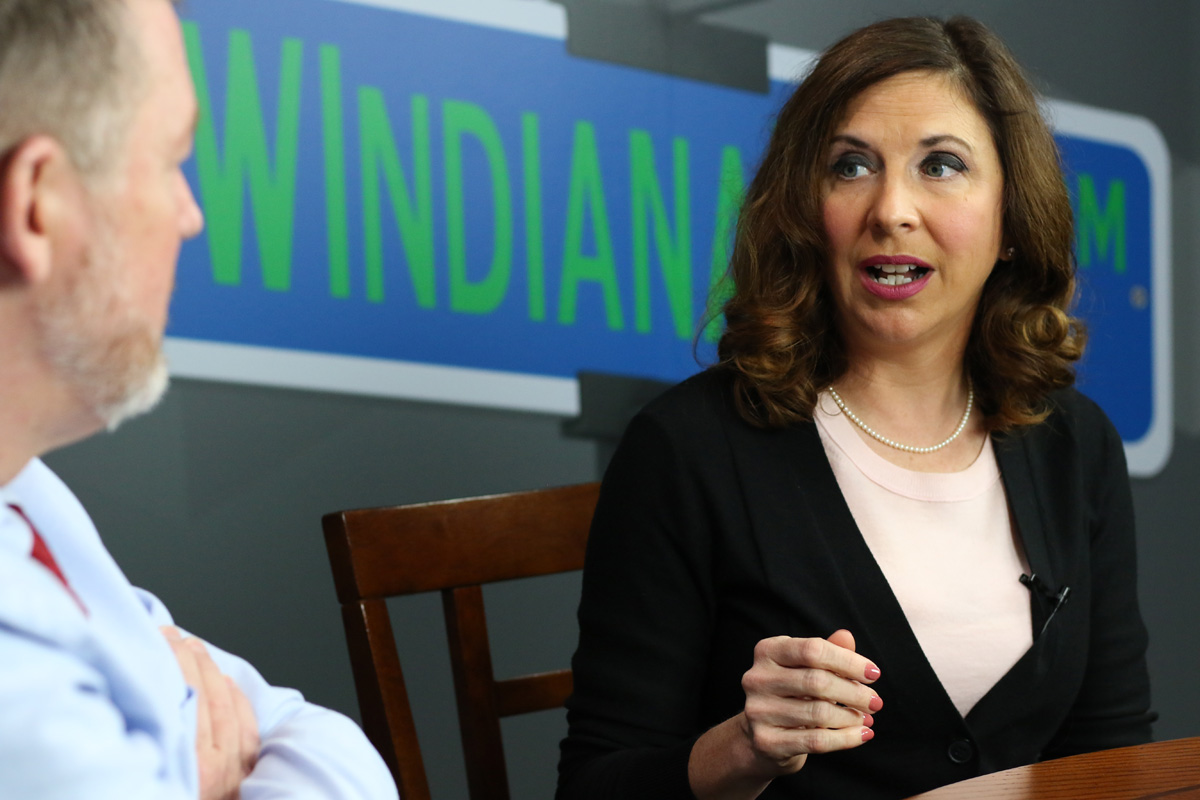 Hale also commented on her realization that, if elected, she would be the first person from the region to be in Executive Office in quite some time.

“It's been a really long time since we had someone down there. It's time to tell the Region’s story. I think we’re all pretty humble up here and we all really just want to work.” Hale continued, “I think we’ve taking advantage of the Regional Cities Initiative, which is about pooling resources to better support these mega transformative projects, like the South Shore Line.”

Hale went into detail about her and John Gregg’s purposed plans to make the future she saw for Indiana into a reality.

“John Gregg and I have a smart plan for public infrastructure to invest. It's a $3.2 billion plan, and that's without raising taxes. But part of that is a $200 million Revolving Door Fund. So that communities like the Northwest Indiana community can access these funds to either leverage federal funds, grant money, or to spend on projects like the South Shore, bike trails, and amphitheaters.” Hale continued, “We’ve seen this success in Hammond, Whiting, and some in Michigan City as well. There are natural ways we can exploit so much of the bounty and potential we have here.” 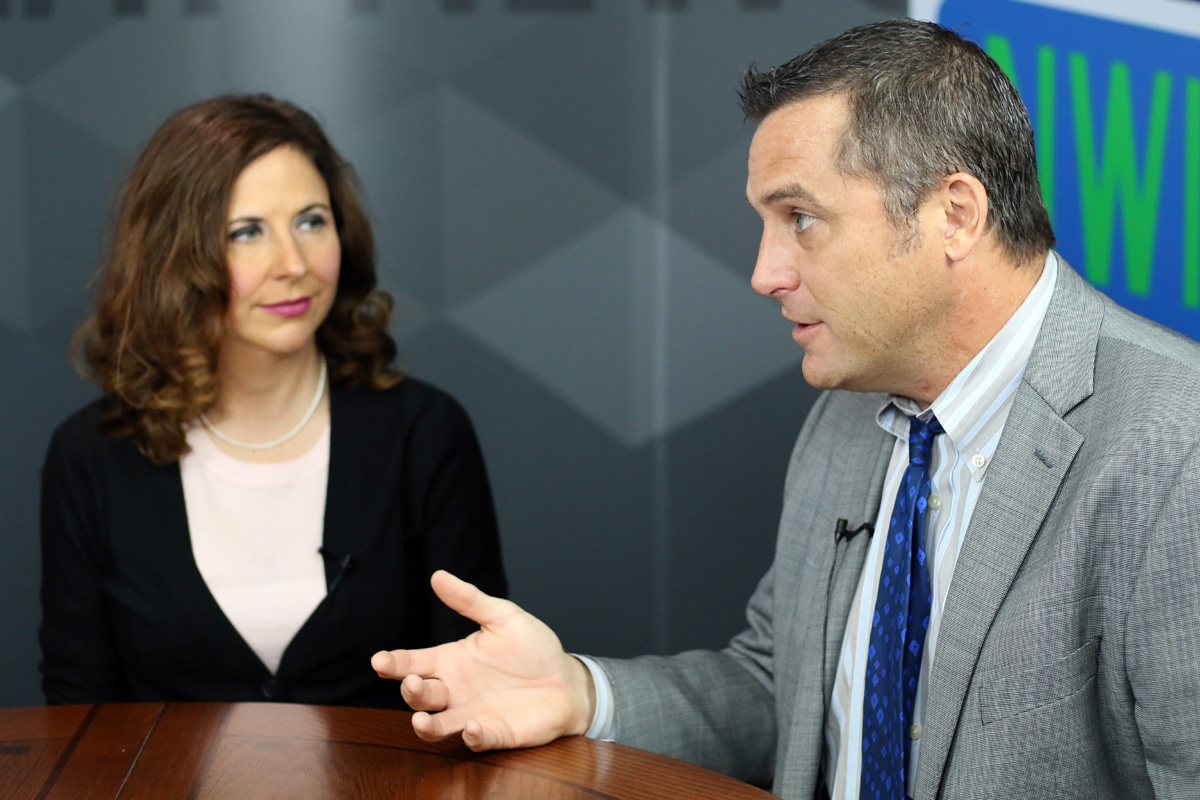 Hale later went on to recall her time as a contributor for the La Porte Herald Argus, contrasting with today's media landscape, which tends to “incite rather than inform.”

“(When I was a reporter) we weren’t there to inflame or enrage. And with a lot of news outlets that is their model now. When you create a lot of drama you create a lot of attention. I’m on the campaign trail all the time and there’s just such fatigue with the negativity. We get that we have these problems. But we have to be adults and keep our eyes open to address these issues when we see them. And at the same time we can’t ignore the good news.”