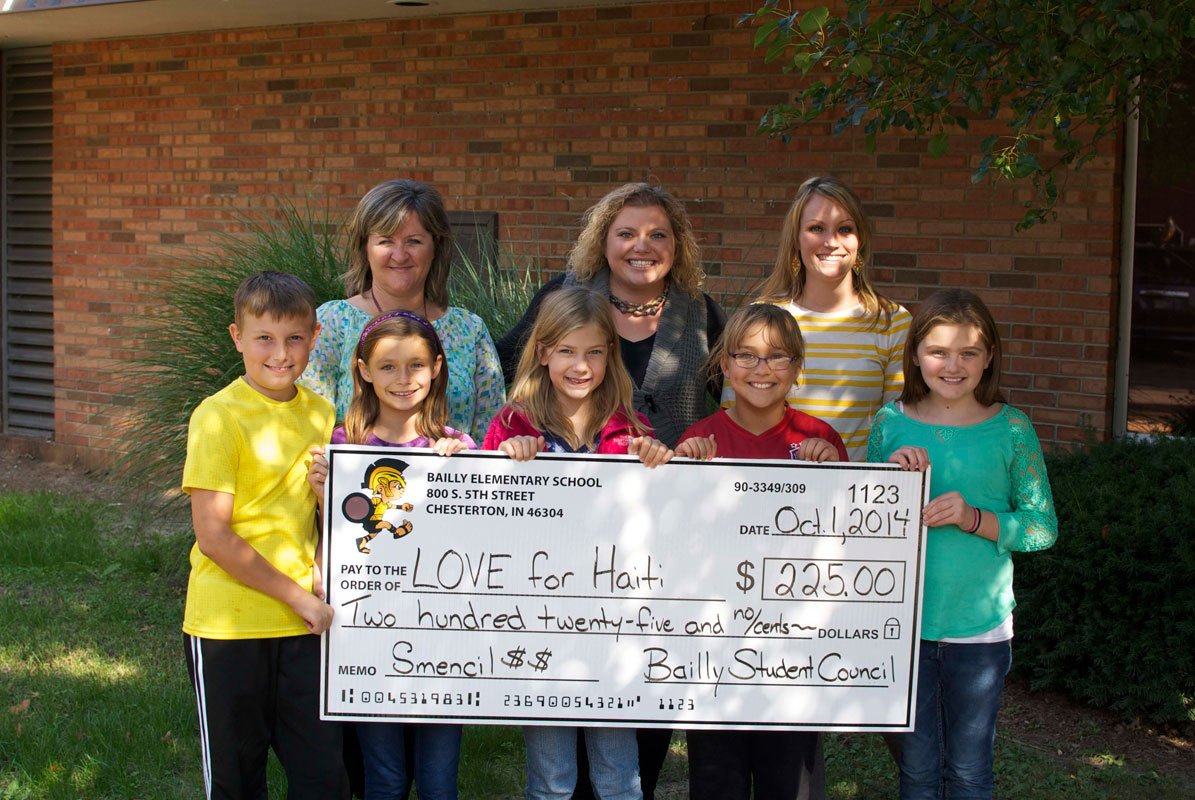 In 2002, when Maggie Hurley graduated from Chesterton High School (CHS), she was poised to attend college and pursue her dream of becoming a teacher. Twelve years later she is doing that, but her journey was much different than planned and her end destination was never on her radar.

In the fall after high school, Hurley set off to Boston College to pursue a degree in education in four years. As with many current college graduates however, she realized as she approached degree completion that there would be a lot of debt. Fearing she would be a poor teacher burdened by debt, she graduated and went to work for an alumni calling company that she had worked for during college. Her end goal was to pay off her debt and return to her love of teaching.

Hurley met her goal and then some. While working her way up in the company, she also got connected with the philanthropic organization Soles4Souls whose mission is to fight the impact of poverty primarily through the distribution of shoes and clothing. Through gentle nudging, she signed up for a trip to Haiti. The trip was unlike any other to Hurley and in her words it “wreck[ed] my life and I couldn’t be more grateful.” Soon, through several more trips, Hurley began to understand that Haiti would be her home and her future. And, in the fall of 2013 she made that dream come true.

Now three and a half years after her first visit, Hurley not only lives in Haiti, but has started a school and is co-founder of a 501(c)3 to sponsor its students. Her school, Institute Mixte Ramax, is unique in that it provides a free education to students. Most Haitian students received education through private schools where students must pay to attend. IMR not only provides free education but also a daily lunch, access to medical care, uniforms, and soon vaccines. Hurley serves as a leader and teacher for the school that she and friends have literally built from the ground up. She speaks of her mission as a calling and one where love and prayer play an integral role.

This past summer, Hurley returned for a brief period of time to raise funds for her organization and her own living expenses. She also spent time reuniting with friends and family. “It’s an emotional experience,” she said. Living without for most of the year and returning to a world full of material assets is challenging. After a short time watching television she easily slips back into, “Oh I want that. I would look good in that.” Then she stops and realizes that the “that” would be the equivalent to one entire month of education, teachers and food for one student. Cost to sponsor one student for an entire month at IMR is $35. “It changes you,” said Hurley.

While a student at CHS, Hurley was active on the debate team, show choir and in theatrical performances. It was through these endeavors that she first met then teacher and director, Kevin Zeck. Hurley served as his cadet teacher at Westchester during her senior year. “I’d never met a high school student so naturally gifted at teaching,” Zeck recalls.

Now as Principal at Bailly, Zeck is working with Hurley to build a relationship between Bailly and IMR. After being introduced to Hurley, student council advisor Katie Masi worked with her students to raise money for IMR through their bookstore pencil sales. At the end of the year, students had raised $225. Moving forward the two hope to build correspondence and communication between the schools to build global awareness and comfortability on both sides.

“Maggie is one of those people that you know needs to work with kids because they need her. I stand in awe of where her life has taken her,” said Zeck. “Now there is so much we can learn from each other and opportunities to open the world for our students.”

IMR plans to have over 100 students in attendance this year as they expand and add a fifth grade to their current K-4 setting. For more information regarding Hurley’s organization, L.O.V.E. for Haiti, check out their website at love4haiti.com. Hurley keeps a blog of her journey and it can be found at haitiheart.tumblr.com.