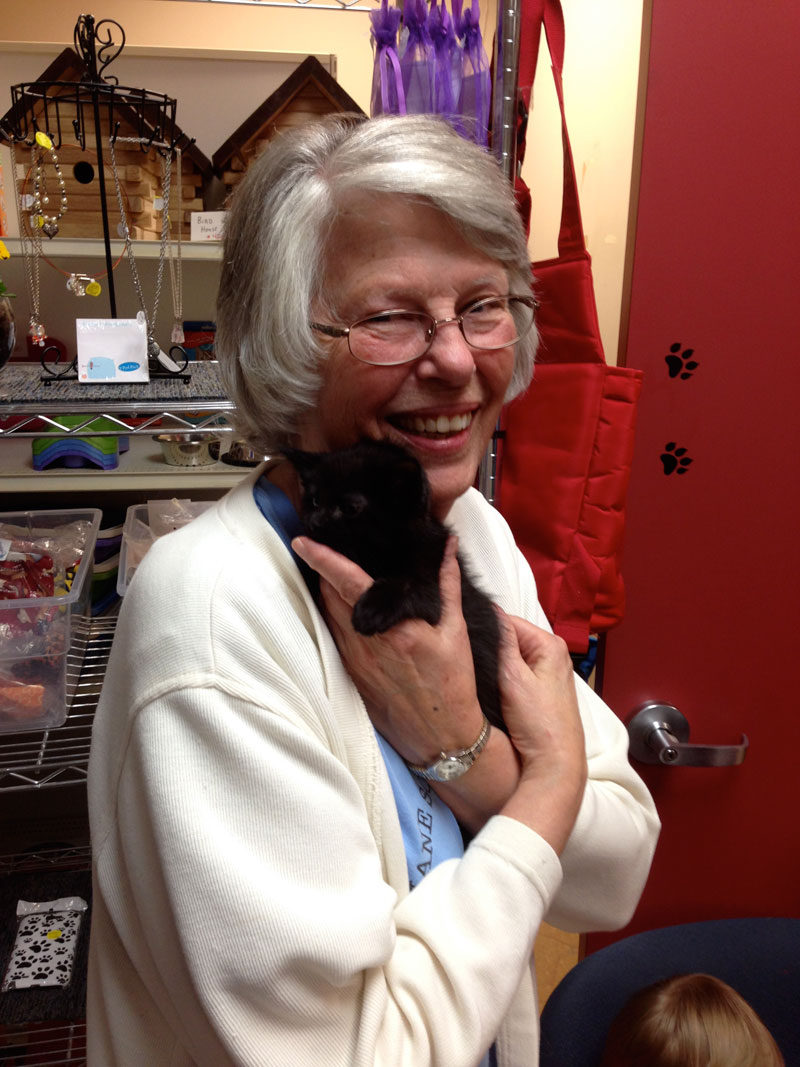 The three-legged kitten, Chubbs, was one of many animals showered with gifts from the community during Humane Society Calumet Area’s (HSCA) increasingly popular Annual Animal Baby Shower held Tuesday, April 8. The shelter’s kennels and parking spaces were maxed out as the shelter hosted more than 100 guests in an open house style.

The annual shower started several years ago by volunteers who had a desire to help animals and animal lovers meet while drawing donations to the shelter. Guests bring a donation gift to enter the shelter and enjoy visiting the animals.

“It’s a good way to help get people acquainted with the animals and the shelter,” said Elaine Howery of Highland, co-creator of the event and eight-year veteran volunteer. What started as a little known event has grown because of word of mouth invitations, advertising by the shelter and coverage from local newspapers. “It’s a fun event that supports puppies and kittens. Everybody loves puppies and kittens. It also supports the Humane Society.”

The first shower drew about 25 people while last year’s event filled a single room with guests and baby animals. The shelter’s open house layout this year, which drew 100 people, invited the overflow of guests to tour the facilities, visit the animals and enjoy refreshments served next door at the Estelle Marcus Animal Clinic.

The donations helped restock shelves with food, bedding, and cleaning and recreation supplies for the shelter animals.

“The Humane Society is lucky because not only do they have great volunteers but the community supports us so much,” said Howery. She also believes much of the shower’s growth is because people have become more concerned with animals’ well-being. 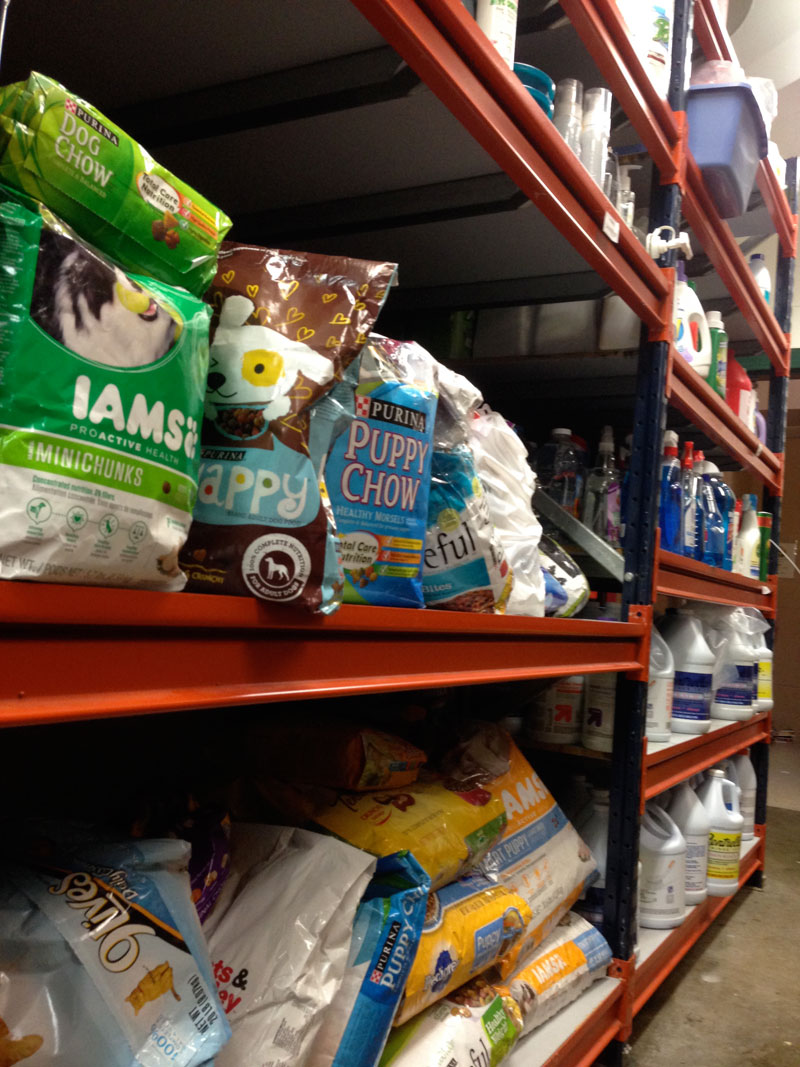 “I love animals,” said Sarah Bromels of Dyer as she cradled one of five a rescued pups. “I felt bad that they don’t have homes. Hopefully if we spread the word more people will adopt.” Bromels donates to the shelter and said she decided to come after reading about the shower in the newspaper. She also said she hoped to adopt two kittens before the night was over. Several guests filled out applications for adoption that evening.

For those who cannot adopt, Howery suggests fostering. “We are always desperate for fosters for kittens and puppies.”

After retiring and before co-creating the Animal Baby Shower, Howery found her niche in fostering animals for HSCA, a service she continues. A cat-lover since her first cat, Fuzzy, at age four, Howery now takes care of lost or abandoned kittens eight weeks old and younger.

Among those is Chubbs, a three-legged, female kitten with a climbing fetish. Chubbs’ leg was tangled in her birthing cord and surgically removed when she was one week old. Chubbs was popular with children and adults alike and is still looking for a good home.