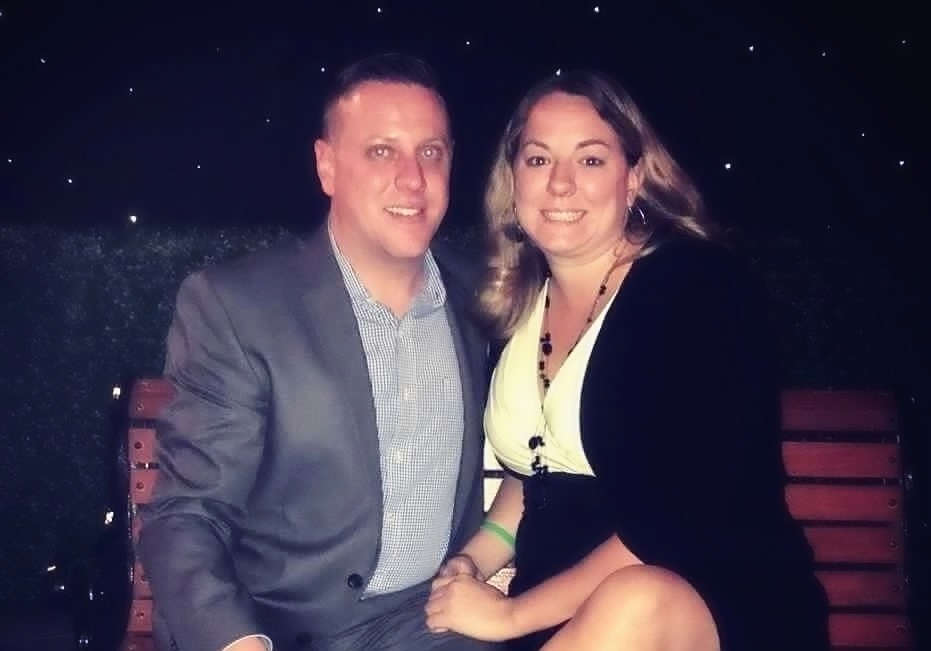 Originally a Chicago native, Horizon Bank’s Bill Gertner has made Northwest Indiana, and, more specifically, La Porte County his home. Over the years, he’s taken his appreciation for the community in which he’s lived, worked and grown, and translated that into a life that accentuates service above self.

Gertner, a 2004 graduate of Purdue North Central with a degree in business management, originally traveled to Michigan City as a kid with his family during the summers until one year when they decided to stay.

“‘Everybody moved back and left me out here’ is the best way that I can explain it,” Gertner said of his family who all eventually moved back to Chicago.

While he didn’t initially intend get into banking when he started at Purdue, Gertner quickly learned that he needed to focus his studies and find a career that he could make a living doing.

“I really liked business and I wanted to own my own business at some point,” he said. “That’s how I ended up focusing on the business degree. I got out of school and the real estate market was hot and I thought it would be a good avenue. I was kind of naive at the time and I didn’t exactly realize that other than selling a house there’s really no income that can come from that.”

Next, Gertner travelled east where he had family who owned a temp service and thought he would take on a position and start working. Instead of a job, they offered him some advice.

“The discussion was, ‘You’d like to own your own business?’” Gertner said in describing this step along the path. “My cousin out there had said, ‘Look, there’s three people in the business world that you need to be friendly with and that’s your accountant, your lawyer, and your banker.’”

“His suggestion was that unless you have the capital to start your own business, which I didn’t, to go find a job at a bank and learn about credit, lending and all of that kind of stuff. I reluctantly came back home and applied at Horizon Bank as a teller and was not offered the job,” said Gertner.

Eventually, Gertner was offered a position in customer service which meant that he would be helping people open accounts and dealing with personal loans.

“I thought, ‘Great!’” he said. “It’s sounded exactly like what I wanted to learn about and so over the next couple of years I really enjoyed the lending side of things more than anything else. You really feel like you’re helping people out through their day-to-day life and giving them advice.”

“It’s a touchy subject, people’s finances, so being able to secure people’s personal trust and building those relationships allowed me the opportunity to provide some personal advice based on what I would do, and I think people really appreciated that.”

Gertner was eventually offered the position to run the branch, which from the coaching and managing perspective, he really enjoyed along with still being able to step in and help customers if and when they needed it.

From there Gertner was asked to facilitate the training of new branch staff during the acquisitions of, first, Heartland Community Bank where he spent the summer working to get things off the ground and oversee the branch location, then, more recently, People’s Bank.

“I pretty much went from consumer to business,” Gertner said. “I spent about a year as part of a training program going through the underwriting process. As of this past January I moved into the Commercial Lending Officer role, which is where I’m at now.”

“It’s definitely a progressive transition of moving up throughout the company and on a much larger scale from the business banking role, which dealt more with our smaller lending relationships.”

“My greatest joy that I get on a day-to-day basis is connecting with people one-on-one,” he added. “I found, from the consumer lending side, what I can do to help people and getting that time to connect with people, whether or not I can help them today, really is what I feel good about. I’m definitely enjoying that.”

Recently, Gertner was a recipient of the Burton B. Ruby Award that Horizon bestows on an employee who has significantly contributed to the communities they serve through volunteerism, leadership and contributions.

“When I first moved to Indiana my family was pretty good friends with Bud Ruby so as a young person to see someone who everyone looked up to in the community was awesome. You meet a lot of people and I cannot tell you anyone who had anything negative to say about this person so when I was told that I was receiving this award I was touched.”

“Just to be thought of in the same category as somebody that everyone in our community looks up to and respects was just mind blowing, to be honest with you,” he said.

With Horizon as the initial catalyst, Gertner has spent more time volunteering his time and talents in the community he calls home. He began by getting involved with the Rotary Club of Michigan City, where the ‘Service Above Self’ motto originates. For Gertner, Rotary is a tremendous outlet for him to work through and reach other people and organizations around Michigan City through which he is able to make a positive impact and be a force for good in the community.

“Horizon encourages and promotes their employees spending time in the community. The encouragement to be a good community partner is truly important and Horizon understands that. It seems like every time I turn around there’s another opportunity here and the culture of Horizon Bank is truly reflective of that.”

“‘Service Above Self’ really means a lot to me in my life,” Gertner concluded. “We all want to feel good about what we did in this world and I think that putting others above yourself follows along the line of the golden rule.”