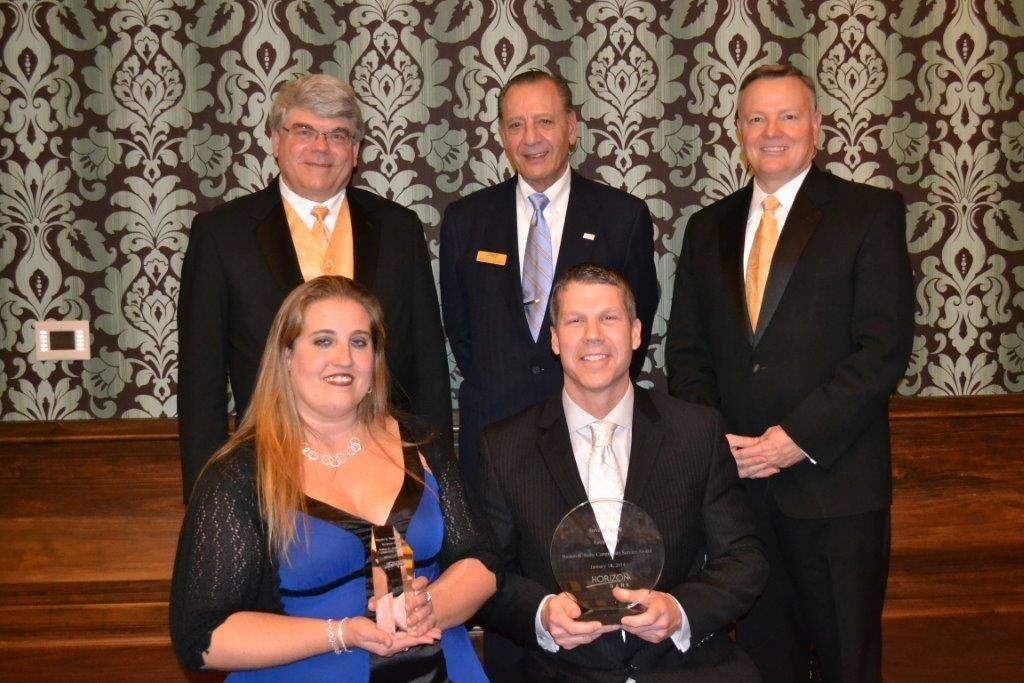 Horizon Bank has honored advisors Nicole Nalepa for leadership and Steve Kring who is respected for putting community first.

Nicole Nalepa, VP, Senior Personal Trust Officer, Investments received this award because of her dedication to Horizon, co-workers and customers. A fellow advisor remarked, “Nicole does what she does, not for the ‘spotlight’ it might put her in or for the accolades that may be bestowed on her, but because she is passionate about the causes and people she can help. Nicole is just as fierce an advocate for our customers. She is someone who has the best interest of the client in everything she does, not only their financial interest, but the service and overall experience of each and every one she comes in contact with.”

The Robert C. Dabagia Leadership Award is presented to a Horizon employee who effects positive change for customers, company and community, as exemplified by outstanding leadership, professionalism, collaboration and commitment to customers, and who is an active community volunteer. Mr. Dabagia has provided leadership, guidance and inspiration throughout the years, generously giving of his time and expertise to the Horizon Bank and the community. In honor of his outstanding leadership and service, Horizon’s Leadership Award has been named the Robert C. Dabagia Leadership Award.

Steve Kring was given the bank’s Burton B. Ruby Community Service Award for 2014. The Ruby Award honors a Horizon employee who has significantly contributed to the communities they serve through volunteerism, leadership and contributions.

Kring, Market President, LaPorte County, Commercial Lending, earned the Ruby Award for his dedication to the community. According to the advisor who made the nomination, “Growing up, his family instilled values of service above self, creating the passion to make the difference in others’ lives. He has accepted his civic responsibility by taking an active interest in the wellbeing of our community. His involvement creates lasting benefits in terms of community support, loyalty and good will.”

Burton “Bud” Ruby, for whom the award is named, has long been recognized for his outstanding activism in local and national concerns, including health care, education and commerce. He has received the human relation’s award by the B’nai B’rith and the State of Indiana’s highest civilian honor, The Sagamore of the Wabash Award.