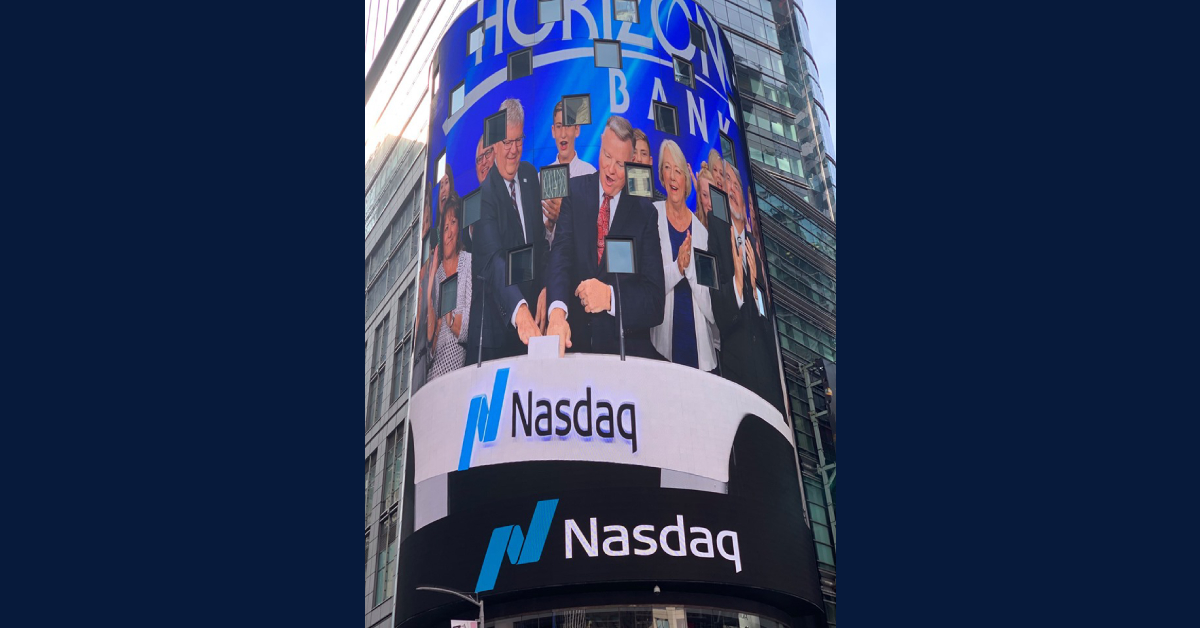 Craig Dwight, Horizon’s Chairman and Chief Executive Officer, along with current and past executive leadership participated in the opening bell ringing ceremony. The ceremony celebrated 146 years in business and reaching over $5 billion in total bank assets by the end of the second quarter of this year – a new milestone for the company. In addition, Horizon’s trust department exceeded $2.5 billion in assets under management.

Horizon’s first day of trading on NASDAQ was December 20, 2001. “I remember that time well. On that first day HBNC’s total volume was 16,000 shares, and the closing price was $2.73 per share. Since that time Horizon Bancorp’s total shareholder return exceeds 615% . We have created shareholder value,” stated Craig Dwight as he reflected on Horizon’s success during the ceremony.

The $5 billion milestone for the company represents a double digit compounded annual growth rate of 12.63% from assets of $531 million at year-end 2000. During this time frame the bank has completed 14 bank acquisitions and expanded into 11 new markets by hiring local, seasoned bankers to join the company.

“Horizon’s ongoing success could not be accomplished without the hard work of our entire team, which is now well over 800 advisors in 76 offices throughout the states of Indiana and Michigan,” stated Craig Dwight. “This success is based on simple philosophy of people first and treating everyone with respect, dignity and fairness,” continued Dwight.