If there was ever such a thing as “runner’s weather”, today would have been that day at the Hometown Happenings Hub City Half Marathon and 5K; a beautiful race which took runners on a journey through the historic streets of Crown Point and ended at Sauerman Woods.

To see more photos from the event, click here!

Hundreds of runners made their way along a beautiful course that had been meticulously crafted for months leading up to the race, and was designed to challenge the seasoned and competitive runner while still being navigable and manageable enough for those who just wanted to come out and enjoy a beautiful day in the Hub City.

The Half Marathon was a first for Director of Hometown Happenings, Tim Fealy, so along with that came the inevitable challenges of doing something for the first time. But both Fealy and race participants agreed, the race was a tremendous success for both the participants, and the community.

“The goal is to create the best event we can for the participants,” said Fealy. “We support the local businesses and they support us. We always try to get involved with helping the community.”

And the community certainly stepped up to play their part in the event as well, as City leaders and community organizations answered the call from Fealy and volunteered to help the race run smoothly.

Two volunteers, Gina Lazzaro from Crown Point City Council District 5 and Sarah Metzger from Lelulo’s, enjoyed being part of those great volunteers and being out on a beautiful day and helping the community.

"It was nice to volunteer on such a beautiful day,” Lazzaro said. “It is inspiring to see the runners coming to, and finishing, the race."

"There's a lot of runner's in the community,” said Merzger. “Any time there is a well organized event it's great to see."

Fealy teamed up with Girl Power 2 Cure and Relay 4 Life of South Lake County to make sure that part of the proceeds coming into the race went to a good cause, and also encouraged runners to give back to their own charities of choice through incentives as well.

“This year we supported Relay for Life with south Lake County and the organization Girl Power 2 Cure,” Fealy said. “Girl Power 2 Cure fights Rett Syndrome. A Crown Point officer named Mike Brazil had his 2 year old (Emberly) diagnosed with Rett in May, so Mike and his wife ran today."

“It is a big deal for them, and the organization.”

But the fun didn’t stop after the runners had finished, as Northwest Indiana and Chicago-area favorite Ashleigh Aston & Her Band performed live, along with a DJ and refreshments that greeted finishers after their run.

Aston, a friend of Fealy, said she was happy to help out such a great cause, and put the finishing cap on a great day of the community coming together for a great race, and great causes.

“Anything that helps the community is special to see and I love to be a part of that."

The top male and female in each race, Standard and Masters, were given a decorated horseshoe made by Halos and Hooves, a stable that has therapy horses for people with cystic fibrosis. The top male win went to James Plamerin with Chicago resident Wendy Curry being the top female winner. 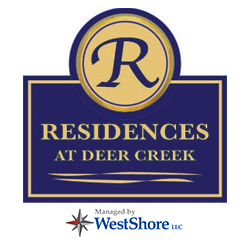