Holladay Properties and Holladay Construction are two separate companies, but both share the same goal of creating successful projects that are assets to the community, as well as pleasing to those who work and live in them. Holladay was established in 1952 and has grown and expanded over the years, completing thousands of projects to solidify the firms as contenders in both the construction and commercial real estate markets.

Established in 1952 as Grant Holladay Construction Company, a developer of single-family tract housing, Holladay built its first Midwest residential project in 1967 in South Bend, where an office was opened in 1978. While originally focused on residential development - apartments, condominiums and retirement housing - in 1981, Holladay’s Midwest operations built their first commercial building and has since focused on office, medical office, build to suit, industrial and large-scale land developments. In 1999, Holladay was split into two companies: the name Holladay Corporation was taken by the Washington, D.C. office, where they are still an active developer in the land, multi-family and condominium markets. The Midwest operations were renamed Holladay Properties with controlling interest sold to John T. Phair.

Through the years, Holladay’s reach has spread throughout the country with the addition of the Holladay office locations in Nashville, Indianapolis, Portage, Richmond, and more. Holladay has grown and diversified into a full-scale land development, design/build and fully-integrated commercial real estate company. The firm is also one of the largest medical office management companies in the country.

Some notable projects in Indiana are Superior Construction Co. build to suit in Portage and Grand Park Events Center in Westfield. 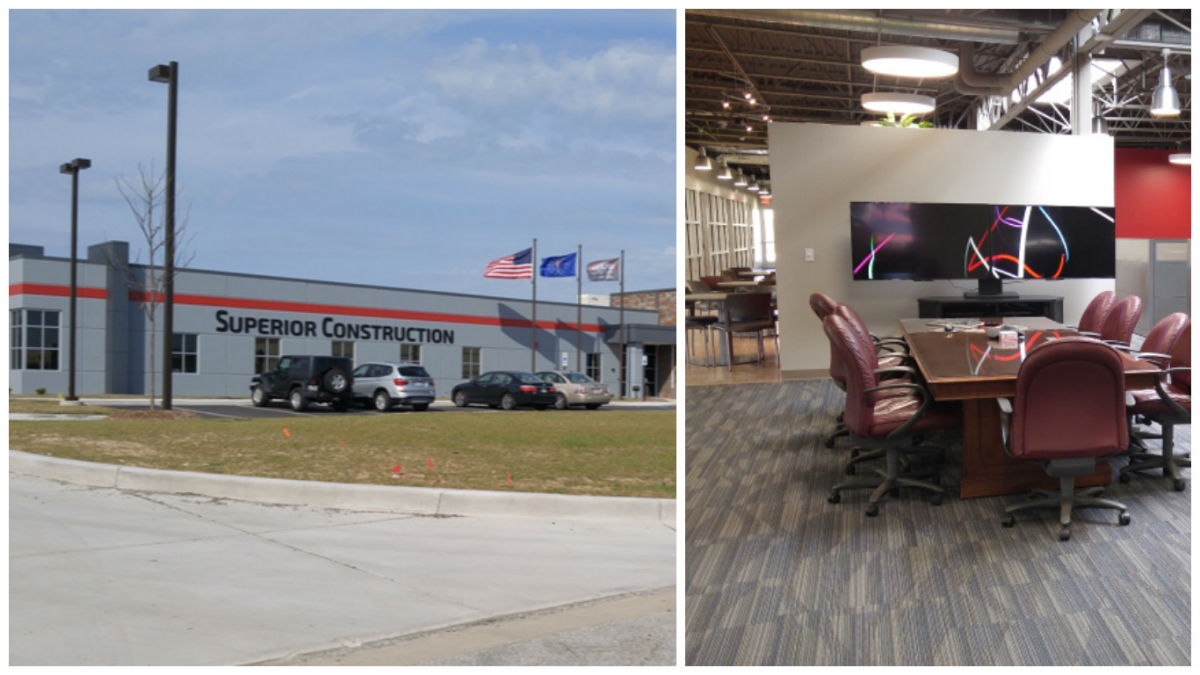 For the Superior Construction Co. project, Holladay programmed, designed, and built a new headquarters for Superior Construction. The project totaled 16,300 square feet of completed construction. The facility houses 10,525 square feet of office and workspace on the main level as well as shop and storage space in the basement. The location of the project rested on 5.39 acres in Portage and was dressed in an attractive landscape mitigation to blend the site into the naturescape and required significant grading as well as a 24’ retaining wall.

The location of the build site is in AmeriPlex at the Port (an Indiana Wildlife Federation Ecosystem Level 3 Certified Wildlife Friendly Habitat) and adjacent to the Portage Parks Foundation Deer Creek Trail Park within close proximity to the Little Calumet River.  Superior Construction’s building site selection was sympathetic to this land and every precaution was taken to ensure a limited impact from development on the park land. Topography was altered to ensure storm water drainage impact would be limited and mitigated prior to running off into the park. Natural and indigenous plant species were also used in the landscape design around the building.

The interior space was equipped with high-efficiency motion sensor fluorescent lighting in the offices, restrooms, break room, storage room, and basement. This ensured that only the areas required for immediate needs would be lit. The main floor office space also featured floor-to-ceiling glass walls in the executive offices and decorative skylights to provide ample interior lighting throughout. 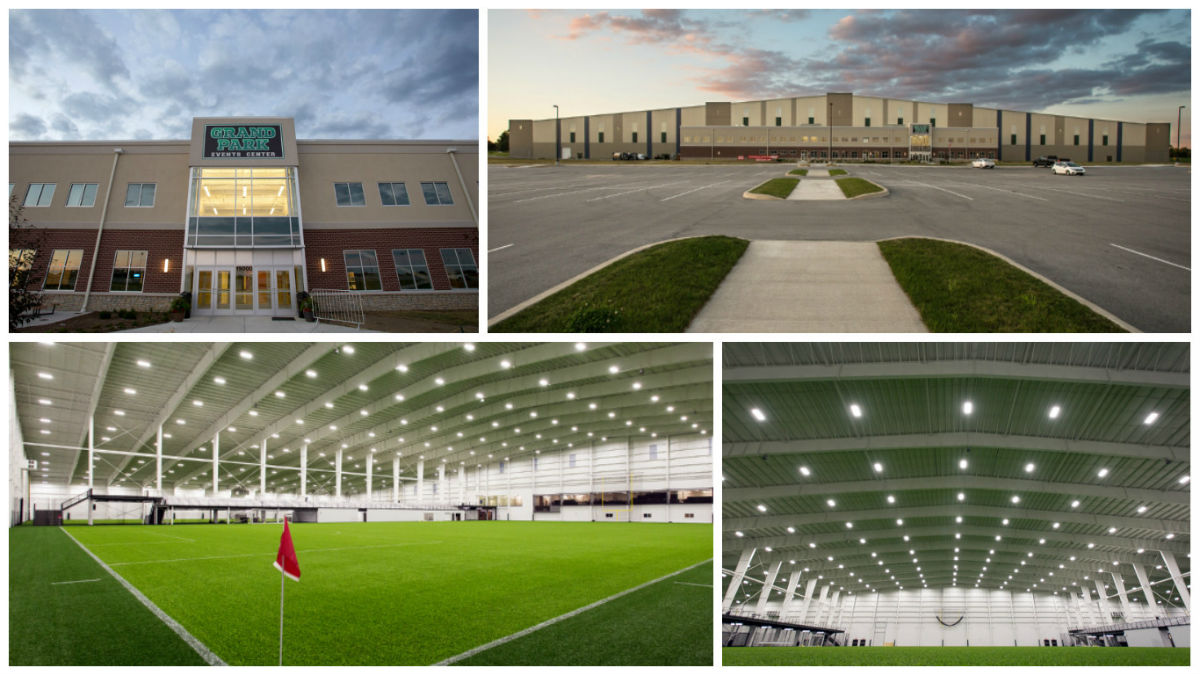 The Grand Park Events Center project in Westfield was a $26 million project for Holladay. The end result was a 377,560 square foot building, large enough to house three soccer fields.

“In 2014, Holladay began working with the City of Westfield to build an indoor sports facility at Grand Park Sports Campus. They had lots outdoor options including soccer fields and baseball fields, but they didn’t have an indoor venue,” said Amanda Watson, Holladay’s Marketing Director.

After about a year of planning between Holladay and Westfield, the project broke ground. Construction began in May 2015 and the grand opening was held in July of 2016. At that time this was the largest project Holladay had completed.

The Grand Park Event Center was a joint project between Holladay Properties and Holladay Construction. Each group has their own duties and responsibilities to the project. Both groups are located in the same building which is a benefit to both clients and employees.

“Because we’re all together in the same building, it makes it easier for us to work on large scale projects like Grand Park and the Superior build to suit. The flow of communication is a lot better. If you need to talk to someone you can just walk up to them and ask them your question. And in the end our joint projects come out amazing,” said Watson.

On the client end of the project, requests can be met faster. Changes that may take time through a third party can be easily addressed and changed in a much shorter amount of time.

“For example, since we’re all located the same office, clients don’t have to wait to get a response from a third party contractor or architect. That means we can make decisions and changes all in one day. If we have to ask outside resources it can take days and even weeks to make simple changes to construction drawings and other materials. Working together helps us provide our customers with a quick turn around and to get our projects done on time, and sometimes earlier.”

This is where Holladay excels compared to competitors who rely on third-party contractors and other agencies. Holladay prides itself on bringing value engineering to their work. Working as a team, Holladay can review plans and offer suggestions to cuts costs, without cutting quality. Holladay can also work with a project throughout all phases of development.

“We’re one stop shopping. We can even begin before the clients have an idea of what they want. We can start with something as simple as a piece of land and work as a team to figure out its highest and best use. Then we bring that plan to fruition through planning, design, and construction,” added Watson.