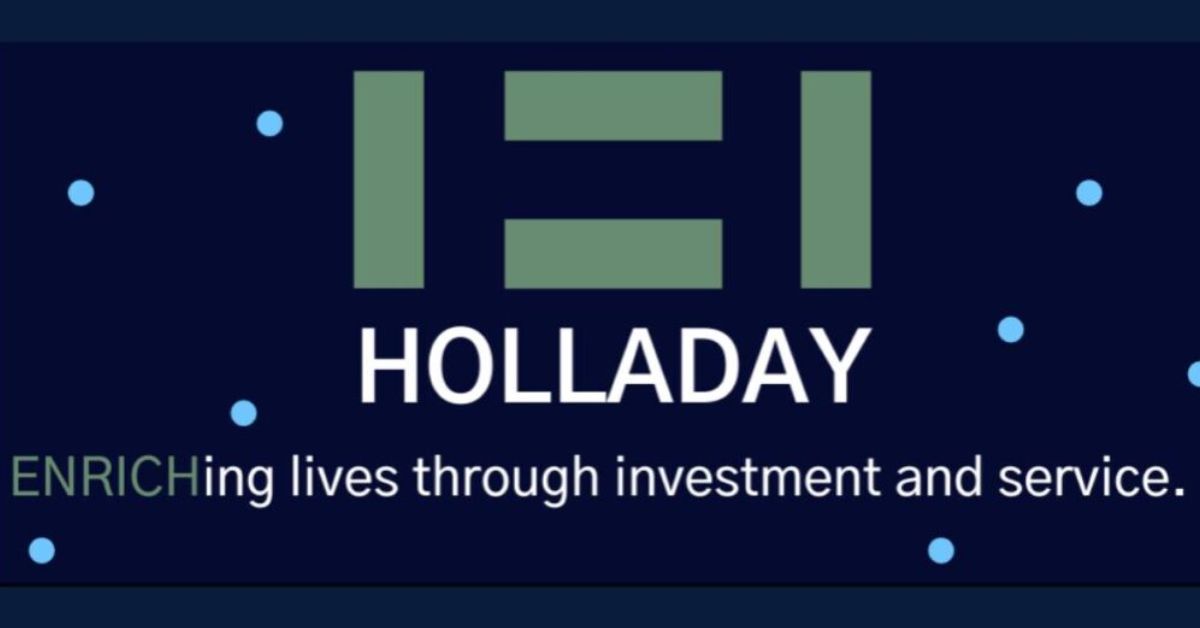 Starting a business is a risky and scary endeavor. Few survive. Even fewer thrive.

Despite these odds, Holladay Properties celebrated its 70th anniversary this year. Holladay has a lot more than just longevity to celebrate. Over the last 70 years, Holladay has created a thriving business where people are truly put first.

Holladay began as Grant-Holladay Construction–a partnership between Wallace Holladay and Norbert Grant–in 1952. Grant-Holladay was focused on building single-family homes for returning veterans, and this partnership continued until 1957 when Holladay purchased the entire company and renamed it simply Holladay Properties.

Holladay Properties spent the next 15 years expanding their construction businesses throughout the Midwest, eventually creating their first rental property in Mishawaka. In 1978, John Phair, chairman and director of development, joined Holladay Properties.

Looking back, Phair is proud of the people-first focus that Holladay has had since its inception.

He referred to Holladay and its team members as long-term members of the community. Seeing themselves as such allows Holladay to create spaces and to support groups that make their community achieve more.

“In every location, our local leaders and folks in the office are strongly encouraged to become part of the fabric of the community,” Phair said. “We're making our living from the communities that we work in. It's been our mantra to give back to those communities.”

Throughout the 1970s, Holladay began to give back in an even greater way–expanding into larger and larger housing complexes. For example, during this time period, Holladay created the 400 units at Maple Lane in South Bend and the 568 units at Portage Place Apartments.

“Every night of the year,” Phair said, “we have something like 5000 people who go to bed in hotels or apartments that we own and manage. We take that all very seriously. We try to manage in a very forthright fashion and take good care of people.”

Holladay continued to build residential properties throughout the 1980s while also expanding into Nashville, Tennessee and developing their first commercial building. The 34,000-square-foot River Glen Office Plaza in South Bend was the first of many properties. Today Holladay manages and develops hundreds of similar properties a year.

“Today we have between 300-400 commercial customers such as businesses and medical groups,” Phair said.

Throughout the 2000s, Holladay grew their expertise and client base by building all types of commercial developments, including hotels, hospitals, office complexes, and shopping centers. This large growth has continued throughout the last 30 years with the building of their fourth office in Portage in 2000 and the expansion of their business dealings into Canada in 2001.

Phair believes that this long-term success is a result of a people-first approach.

“You sit back and think, 'Geez, there's a lot of people depending on us today,'” Phair said. “We want that feeling to permeate our company, and I think our community program does that.”

In the last decade, Holladay Properties has made its commitment to the communities they serve even more ingrained in the company’s culture. Through a mission statement that focuses on community service to dedicated volunteer time off and company-wide volunteerism, Holladay has long worked to support groups of all kinds.

“We have always encouraged employees to participate in volunteer activities,” Phair said. "We didn't make it quite so official or have dedicated volunteer time off in the beginning. Then, for example, if an employee said, ‘I need to help my kid's school play. I want to take off Friday afternoon,’ we’d encourage them without docking their pay.”

Today, Holladay Properties uses its community program as a way to give back throughout the year. During this period, employees are given opportunities to volunteer in their local community and with their colleagues.

As Holladay celebrates its 70th anniversary, Phair and the team are proud of the work they do and the culture they have created.

“When people need help within our company, we do that,” Phair said. “In our communities, we let our people pick the organizations we support. Our people are busy, but they enjoy their work, and they know that we're going to become long-term members of the community.”