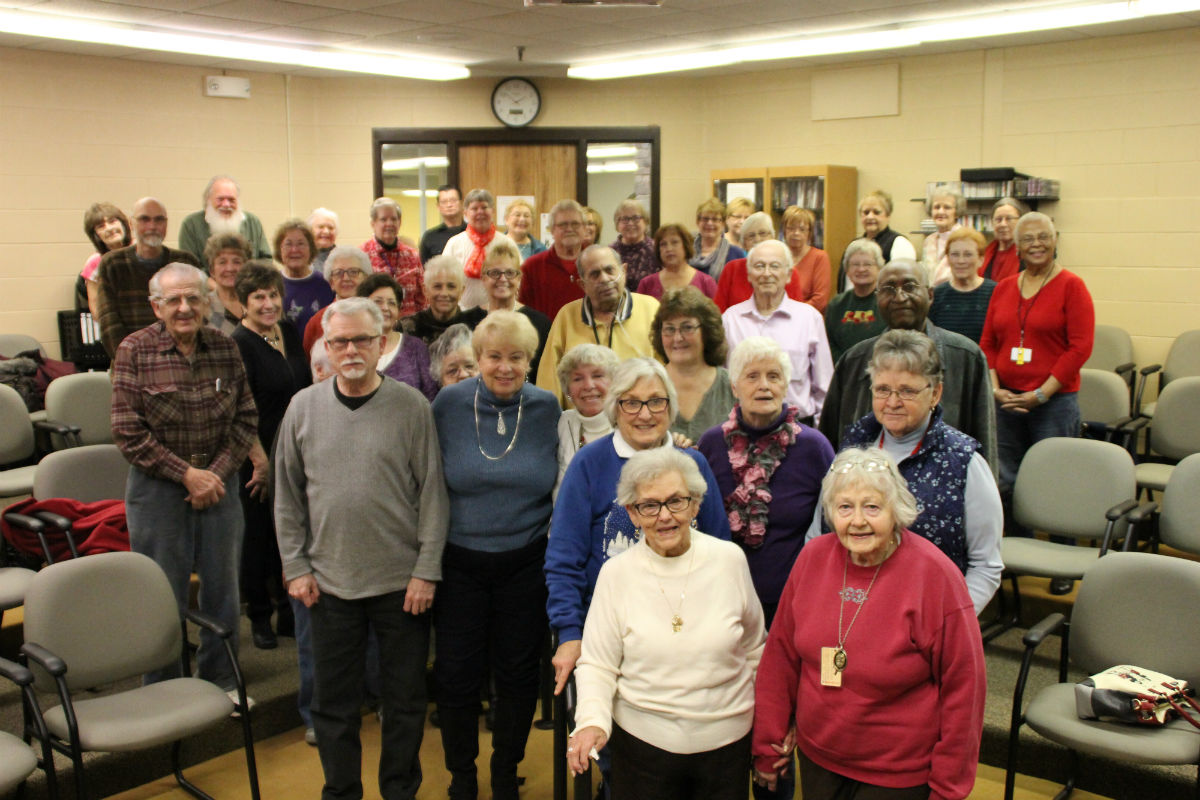 The Maria Reiner Center in Hobart has been working hard at changing the lives of its senior members since their doors opened in 2011. The sense of family and camaraderie you feel as you walk through the Center is brought to life by the hustle and bustle of eager pool, pinochle and domino players as well as those just there to socialize or take a class in one of the numerous courses the MRC offers.

“We did the building, planning, finishing and furnishing and then hired an executive director and it blossomed from there,”  “I had promised the city government on the day before we opened that on opening day we would have 600 members and it literally happened. We had 800 people show up and it was standing room only!”

“We just kind of molded the area into what it is now,” said Ehrhardt. “We had the four classrooms available so we molded the space, identified and filled it all in. Through the apprentice programs with the masons, plumbers, carpenters, electricians and painters, along with some of the current members we had in our ranks who are retired in those fields, we had a lot of volunteers. We even had help from City Hall, our Clerk-Treasurer and members of the administration who came down and helped with painting and staining. We got it done and on budget. The first year we borrowed $25k, the second year we paid that $25 back and since then we’ve been building a nest egg and  trying to build for the future.” 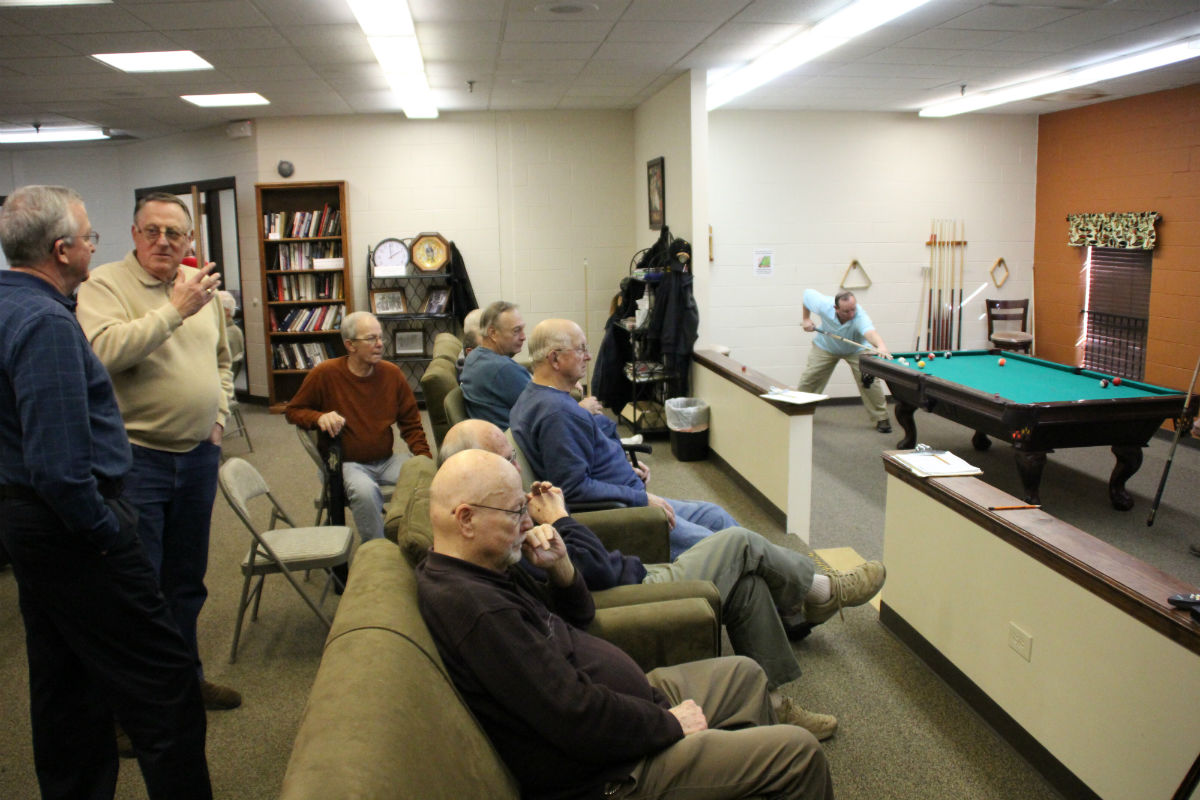 Maria Reiner was born in Germany but immigrated to the United States where she met her husband, Emil, who was also a German immigrant. They settled in Hobart where they lived a quiet, modest life. When Maria passed away in 1994 she left her estate to the Senior Citizens of Hobart. Her estate was then placed with the Legacy Foundation as a permanent endowment to benefit Hobart senior citizens. The Legacy Foundation funded the monies for the creation of the Maria Reiner Senior Center in two grants totalling $193,600.

The MRC isn’t a day care center or a nursing home. It’s much more than that. It’s a place to discover old friends and neighbors and create new relationships. The Senior Center was originally built for Hobart seniors but they’ve opened their doors to seniors from across northwest Indiana including members from Valparaiso, Merrillville, Portage and East Chicago.

“We create programs constantly to fit with what our members are interested in and want to see,” said Ehrhardt. “Everything here is free to our members and there’s so much going on all the time. Right now my wife is taking courses in genealogy. We teach classes in computers, music and art, and in the past we’ve held classes in spanish and creative writing.”

“I always envisioned that once we got started and we built up our own constituents and people saw the nucleus of what we have here people would want to be a part of it because of the synergy,” said Ehrhardt. “That’s literally what’s happened now. The hospital likes to be related to us and Walgreens likes to be involved in programs. We get local businesses that have an interest in this nucleus of people and they want to associate themselves with us and contribute to our success. We definitely benefit from those relationships.”

Executive Director, Pam Broadway, has been with the Maria Reiner Center since the beginning. The Maria Reiner Senior Citizens Fund and the Legacy Foundation urged the city to think larger when it came to putting the money left behind for the senior citizens of Hobart to good use.

“It was the right time and the right place,” said Broadway. “Maria passed away in 1994 and over time that money grew, and that’s how we’ve been able to grow. I started in July (2011) when they were still constructing it and I remember sitting down at an old table and wondering, ‘well, what are we gonna do now?’ I had visited five other senior centers myself to see what they did and as great as they were I knew we could do things better. I wanted to take all the good things I found from all of them and put it together.”

“We have close to thirty classes every week and around fourteen of those are mindful or physical exercises,” Broadway said. “Our thing is to prolong them, keep them active and keep them healthy. It’s amazing, we have a lady here who’s 90 years old who plays pickleball twice a week. You haven’t seen anything until you’ve seen our bean bag players. They have all custom bags that are all weighed out. This spring will be our 4th Annual Bags Tournament between us and the Hobart Police and Fire Departments and the Mayor’s office. We’ve won that trophy all three years in a row!”

The appreciation seniors at the MRC feel is easily noticeable. What they offer beyond the many education courses, the fitness equipment and pool tables is an invaluable sense of community and family. Judy Buncich, a member, illustrates that in what she had to say about the center, the administrators and all the volunteers that help keep things running smoothly.

“I lost my husband and my sister on the same day,” said Buncich. “This place has been a lifesaver for me because I came over here and I’ve met so many nice friends. I have to say this about our leader, this place would not work if it wasn’t for Pam. Pam likes each and every one of us and she lets us know. That’s the key. She lets us know. And we all feel that way about her because she puts everything she has into this place. Everyone is so friendly and I just love everyone here.”

“It’s like a gigantic family,” said one senior. Another echoed those sentiments saying, “It should be called MRC Family and she’s (Broadway) the glue!”

To find out more about the Maria Reiner Center, go to: http://hobartseniors.com/index.html 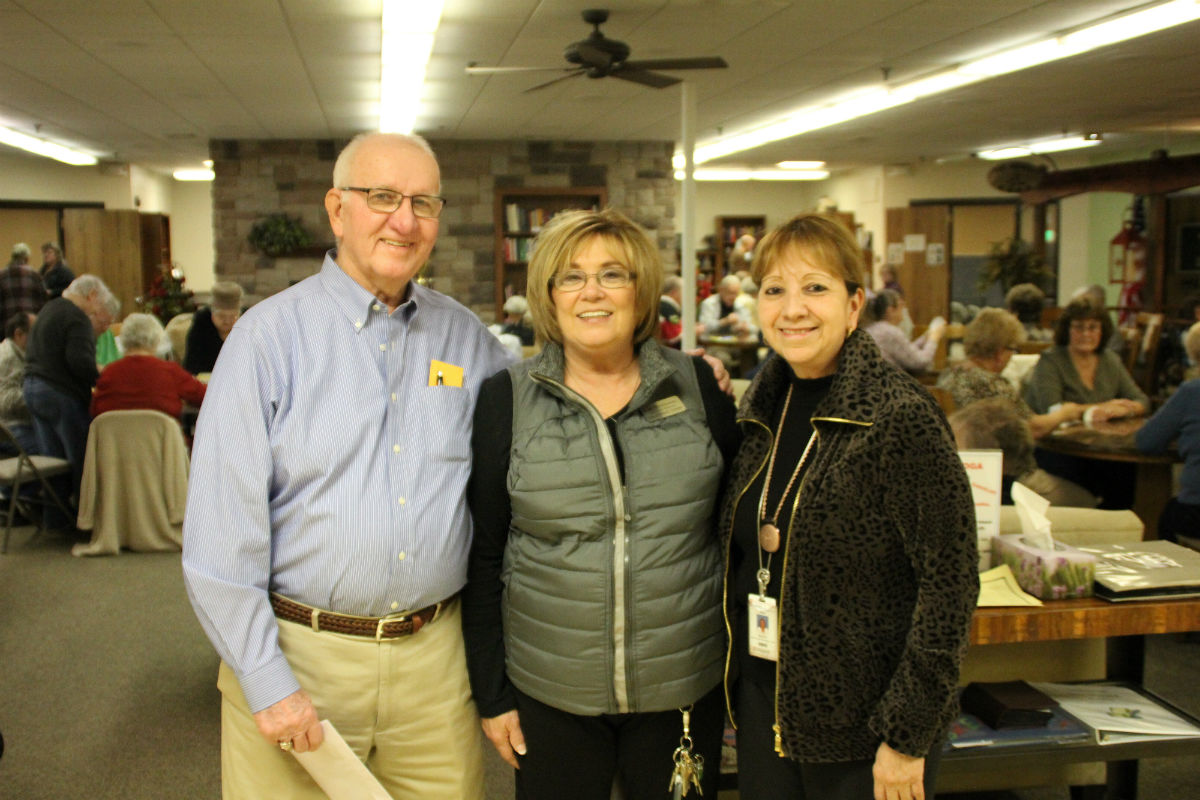