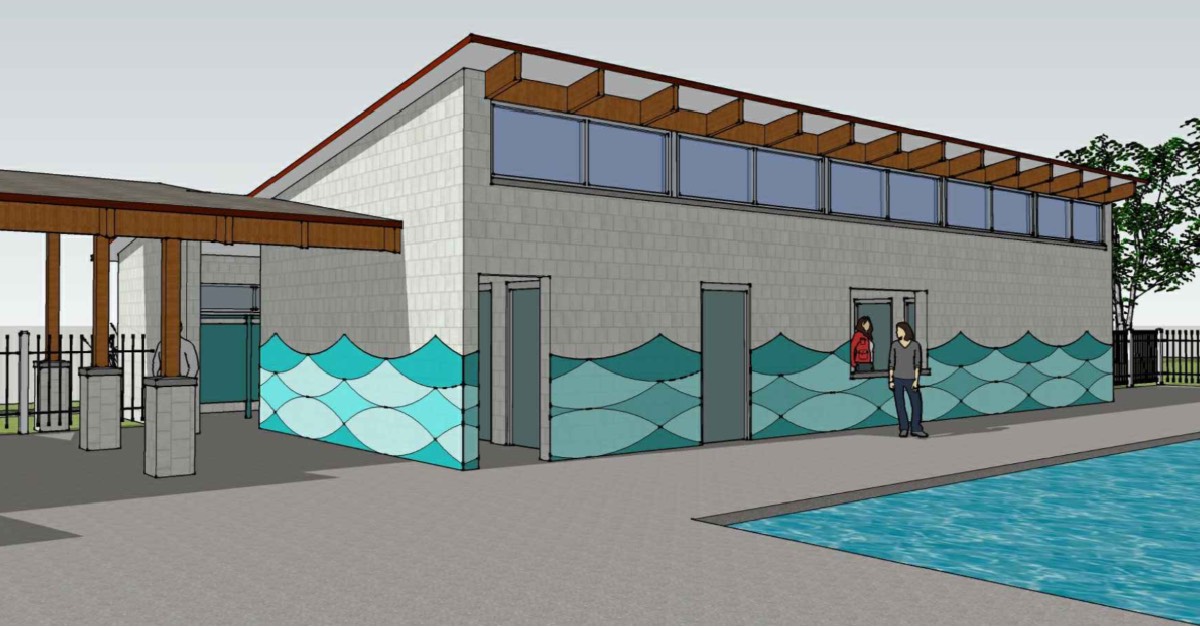 After the completion of 3rd Street Bridge, residents may think that Hobart would take a break from renovating its outdoor spaces. According to the Director of Parks and Recreation, Kelly Goodpaster, there are more outdoor updates to come. Hobart Parks and Recreation took out a bond that will last from 2017 to 2023 to work on a variety of projects. Goodpaster is working on two projects within that bond: updating the poolhouse and installing new playgrounds.

The City of Hobart took over the Hobart Community Pool in 2007 and did a little work on the pool, but the poolhouse dates back to 1962 and has not seen much in the way of updates since it was built. Utilities like sewer and plumbing certainly need to be modernized for the facility to meet ADA standards. The City kept the original poolhouse for nostalgic reasons but plans to improve utilities and give it a modernized appearance.

“It’s going to have a fresh look, and it will have all new bathroom facilities,” Goodpaster said. “They had a concession stand there, but it was pretty much built out of plywood. It was failing, so we are going to move toward having a food truck and do concessions that way. For the actual site of the poolhouse, we are working in conjunction with our stormwater department to get all new storm sewers in there, which helps the residents on the West side of the facility with flooding.”

Goodpaster said they have also a projection date for the completion of a new playground in the grassy area right next to the pool in 2023. This playground will not be the first built in the near future as the Parks and Recreation Department will install seven new playgrounds by the end of 2020. These playgrounds will be located in Emily Silich Park, Hillman Park, Fred Rose 8th Street Park, Englehart Park, Glenwood Park, McAfee Park, and Arbor Lane Park. With one playground installed last year, seven being installed by the end of this year, and one scheduled to be installed next fall, Hobart residents will have a variety of playgrounds to choose from.

“We chose different playgrounds for each of the parks; none of them are the same,” Goodpaster said. “They are from the same company, but we were strategic in how we choose them. Currently, three of our playgrounds are the same, and that’s something that bothers me. Moving forward, we decided to have them all be different.”

Not only did Goodpaster carefully consider which playground models to choose, but she also found a way to finance over double the number of parks they had planned to build through the bond.

“Originally, within our bond, they were looking to get four playgrounds, but we were able to be frugal and work with the numbers a little bit,” she said. “We were able to get nine for the same amount as it would have cost us for four initially. We just got creative and waited for the sales.”

As a mother of two children, Goodpaster looks forward to the completion of the poolhouse and playgrounds where her children and others can gather and enjoy quality playtime outside.

To learn more about the projects currently underway in the City of Hobart, visit https://www.cityofhobart.org/.