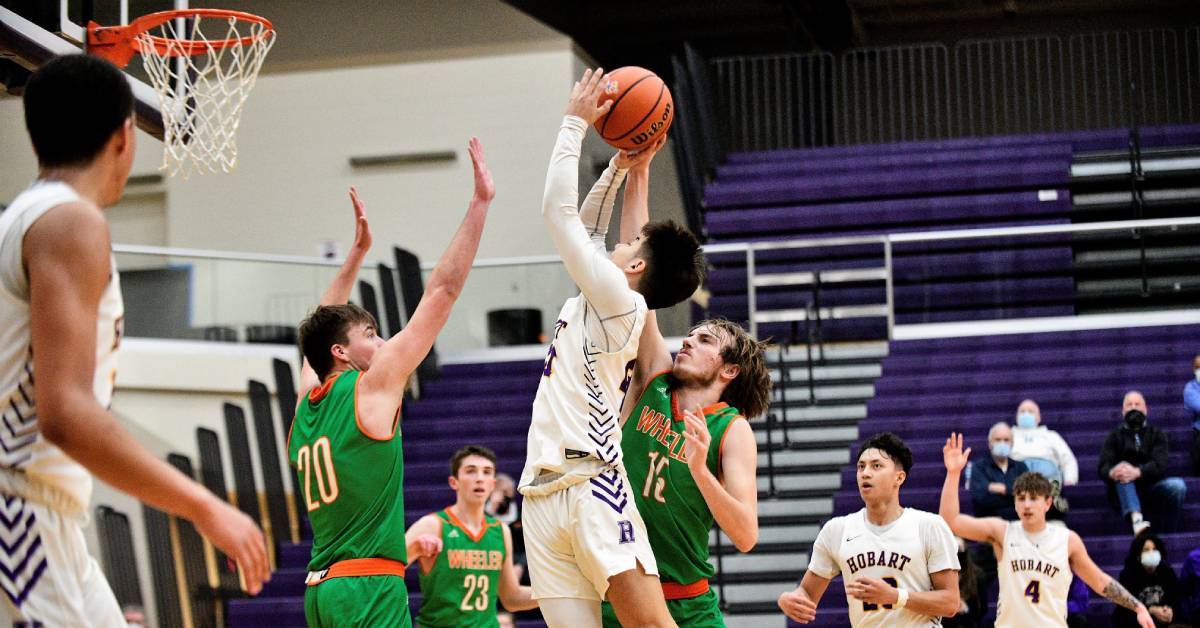 The Hobart Brickies hosted the Wheeler Bearcats in a non-conference game. With the Bearcats coming off their first win of the season and the Brickies with five, it was going to be a fight for both teams.

The Brickies won the tip-off, but it was the Bearcats who drew first blood when Cole Kostbade sank the first basket of the game. This was quickly answered with a return basket by the Brickies.

At the end of the first quarter, Hobart was in the lead 14 points, Bearcats 10 points. But in a twist, it was the Bearcats who were winning at the half with a score of Bearcats 26, Brickies 17.

When Hobart came back out at the half, it was clear whatever was said to them by the coaching staff had lit a fire in the Brickies. They came out fast and furious, catching up to the Bearcats and by the end of the third quarter, Hobart had gained the lead with 36 points, to Wheeler’s 31 points.

Hobart’s coach, Michael Brown, said at halftime he had a point of emphasis for his players.

“We talked about how you have to play with energy and play with effort for 32 minutes,” he said after the game.

Despite strong rebounding and aggressive defense by Wheeler’s Blaise Evensen, they could not regain the lead and it was the Brickies who won with a final score of Hobart 54, Wheeler 43.

After the game, Evensen said there was one thing motivating the junior to not give up even when it was clear the Bearcats were not going home with a victory.

“I was just trying to get the Seniors their last win for them,” said Evensen. “We didn’t want it. We needed it tonight.”

“It was a game of runs,” said Bearcats’ Coach Steve Baumgartner. “We would get up. They would come back. They made a big run there. Kudos to them as they kept their poise even when they were down.”

Despite the loss, Baumgartner was proud of his team.

“Everything we asked of them, they gave us,” he said.

Coach Brown gave credit to the Bearcats for their performance against his team.

“We came out pretty sluggish and I thought Wheeler played a lot harder than we did the first half,” said Brown. “That’s a credit to their coaching staff and their players.”

With another victory under their belt, the Brickies gear up to take on the Portage Indians in the sectional playoffs on Tuesday, March 3. The Bearcats will face off against New Prairie.