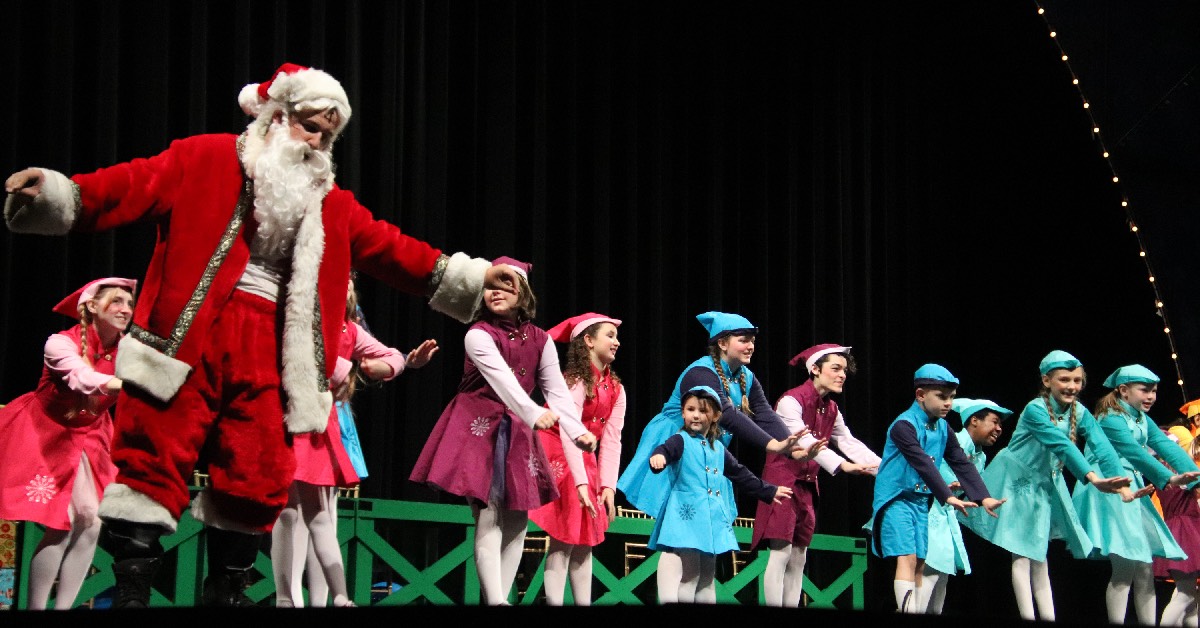 “The best way to spread Christmas cheer is singing loud for all to hear!”

That was that iconic phrase that stuck out with the Hobart High School Theatre Department’s musical adaptation of 2003’s holiday classic, Elf. On November 10, the program had reserved seating for the community’s senior citizens and pre-show appetizers for all.

“Preparing for the lead role of Buddy the Elf was difficult because it is big shoes to fill,” said senior Maxx Vegas-Johnson. “But I like to think I’m doing the character justice. Either way, seeing the fellowship build within this program is the reason why I continue acting, and I feel incredibly honored to be able to share this experience with my peers.” In order to assimilate into the role of Buddy, Vegas-Johnson mentioned that he has watched the film 30 times in the past three months.

Directors for HHS’s performances are always discussing different options for upcoming productions, but the November musical being so close to the holiday season, the directors thought Elfwould be a good fit.

“We try to look at the students we have and their skillsets to see what would work best for a production choice,” said Linny Foerg, Assistant Director, Choreographer, and Costume Designer. “Despite the challenges, doing a Christmas show has kept everyone’s spirits up, so it’s easy not to get totally stressed out.”

While HHS’s version of Elfplayed out much like its source material, this adaptation didn’t shy away from taking certain creative liberties. With the addition of musical numbers, some of the characters were slightly altered to fit their teenage counterparts. Also, the creative philosophy behind this production was to fuse both modern and classic sensibilities, harkening back to legendary holiday films like 1954’s White Christmas, to make this iteration of Elfmore timeless.

“I’ve given my character Deb, the secretary to Buddy’s father Walter Hobbs, a more comedic and energized role compared to her film version,” said junior Lia Rodriguez, who has been involved with Hobart’s theater productions since her freshman year. “She’s definitely one of my favorite characters I have played in my acting career here.”

“When I study a character, I look at everything from costumes to how they talk and interact with other characters and settings,” said senior John “Jack” Olson, who portrays Walter Hobbs. “Playing Walter in this production made me feel good because I’ve played a lot of similar characters in the past. I was really excited to have this role and honestly, it’s been a lot of fun.”

Despite the hurdles, the department has made this production a possibility through their enthusiasm and dedication to the craft.

“Theatre has always been a passion of mine and a labor of love,” said Cathy Nelson, Director of Theatre at Hobart High School. “Being able to share my interest with the students makes it all worthwhile, and seeing them love it as much as I do is the best feeling in the world.”

There are two more chances to catch this amazing performance: November 15 and November 16 at 7 p.m. in the Hobart High School Auditorium.