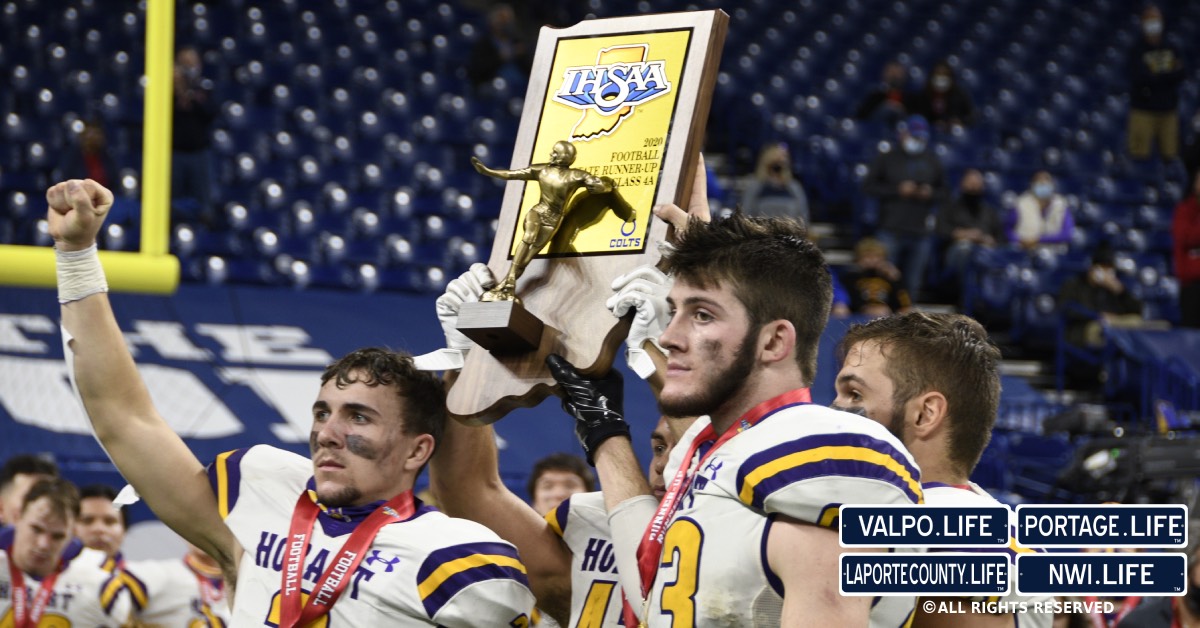 The Hobart High School Football Team is now a part of an exclusive club of Indiana High School Football teams that can say they have played at the IHSAA State Football Finals. Even more exclusive is that it was on the field at Lucas Oil Stadium. While the outcome was not what the Brickies had hoped for, the athletes finished their season with their heads held high and medals around their necks.

The Hobart Brickies did not come home empty-handed, though. Coached by Craig Osika, a member of the last Hobart Football Team to qualify for state, the Brickies arrived back in Northwest Indiana with the title of 2020 Class 4a State Runner-Up.

The title of runner-up is a significance not lost to Ryan Flores, running back and linebacker for Hobart.

"I'm just glad we could bring some joy back to our town during a time like the pandemic," said Flores.