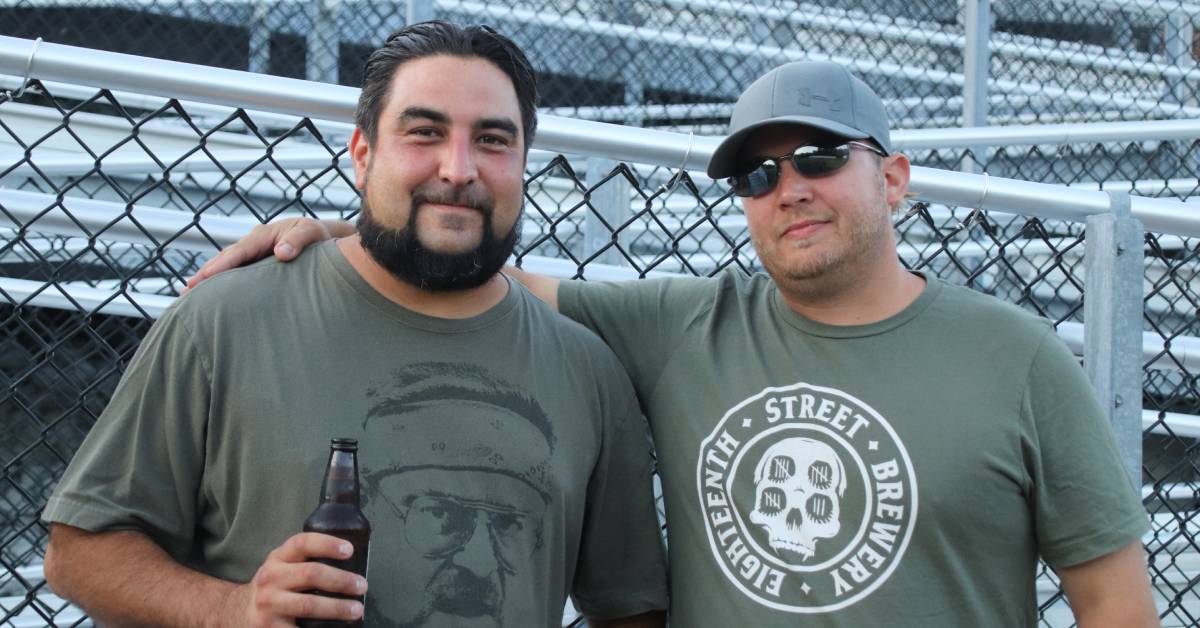 Did you hang out at the Brickie Bowl for the city of Hobart’s first Brew & View Friday Night? It’d be a lot cooler if you did.

Gates opened at 6 and flicks started at dusk for the free double-feature of Dazed and Confused followed by The Big Lebowski.

“We wanted to kick this off with two cult classics,” City of Hobart Event Director Nikki Lopez said of the inaugural lineup. “We do a lot of family-friendly movies in the park throughout the summer, so we were looking for something to cater to the 21 and up demographic.”

The beers at the concession stand formed a familiar list for regulars of city events like Thursday nights at Festival Park, where they host the Summer Market on the Lake from May to August. The profits from the night’s sales will go back into the special events budget, helping bring more L-I-V-I-N to the city.

“We do a beer garden every week, all summer long, in Festival Park so we brought our beer menu to the Brickie Bowl,” Lopez said. “We have a really good relationship with Indiana Beverage and they work with us on the hot new and popular beers.”

Hobart resident Larry Murphy, a big fan of The Big Lebowski, is also a fan of the Summer Market. But that’s just, like, his opinion, man.

“I like Festival Park, too. Thursday nights during the summer there are awesome,” Murphy said. “I’d like to do more in the city, so I really hope this goes well. It’s a great idea!”

Murphy attended the Brew & View with his buddy; the two went as Lebowski and Walter, respectively, for Halloween last year, so tonight’s Brew & View lineup was perfect for them. You could say the movie-match “really held the room together,” but you wouldn’t because that wouldn’t make sense. It would just be a Lebowski quote for no reason, really.

“I love Lebowski! Are you kidding me?” Dude. We are not.

The venue, like the weather, was alright alright alright. Brew & View-ers sat in the stands and brought their own camping chairs to set up on the former football field to take in the films.

“We’ve been wanting to do something like this for a really long time, and we’re looking for more ways to use the Brickie Bowl,” Lopez said of the property that the city inherited from the school years ago. “We’re trying to breathe new life into it by hosting more events here.”

This summer, the Brickie Bowl has played home to a few concerts, and the city is planning to move their Halloween-themed Pumpkins in the Park event to the Bowl next month.

“We want people to start getting comfortable coming to the Brickie Bowl for these events as we continue to upgrade the venue,” Lopez said.

Check out the City of Hobart Events page to find your next night out. Until then, stay housebroken. And remember to be careful, man. There’s a beverage here.