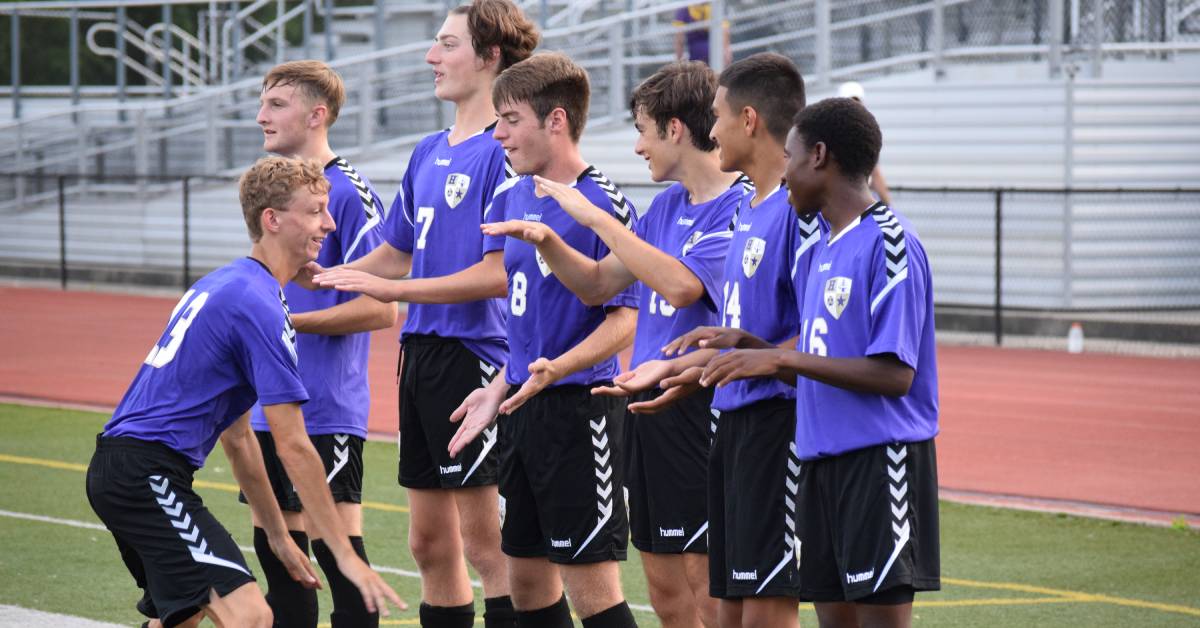 Hobart and Wheeler High Schools’ first boys’ soccer game of the season proved to be a tough battle, but Hobart defended their turf with a 3-0 win over Wheeler. Star of the night, senior Shaun Mirr, put Hobart ahead with two goals in the first half, followed by another goal by junior, Avione Lane.

The road to the season opener has been one full of blood, sweat, and tears for both teams. Wheeler graduated a large number of seniors last year leaving the team young and thin, so it has been an absolute must that each player stay healthy and gain endurance for the long season ahead.

“We’re just trying to figure out where we go and how we go,” said Wheeler High School’s Head Soccer Coach, Mike Enghofer. “The thing for us is a lack of depth, so we gotta make the most out of opportunities when they present themselves.”

“We did a lot of conditioning and drills,” said Wheeler High School Team Captain, Dawson Burkhart. “We don’t have the numbers, so we have to be in good shape to play the whole game.”

For Hobart, it was all about working together as a team this season. After moving a lot of players around, gaining several new ones and learning a new defense strategy, the most important thing for the team is learning how to play as one.

"We have been figuring out who Hobart soccer is for the past three years,” said Hobart Assistant Coach, Jamie Harris. “We're starting to get an identity now and we need to continue driving home that we are a team and we are one.”

“Last year we didn’t have much team chemistry,” said Hobart High School Team Captain, Tyler Davis. “But we had a really good off season and we have a lot more chemistry this year and I believe that will help us throughout the season.”

Hobart truly showed they could play as a team Monday night, keeping Wheeler’s possession time to a minimum and taking shot after shot at the goal. But Wheeler put up a strong fight against Mirr and Lane in the second half, keeping Hobart from scoring.