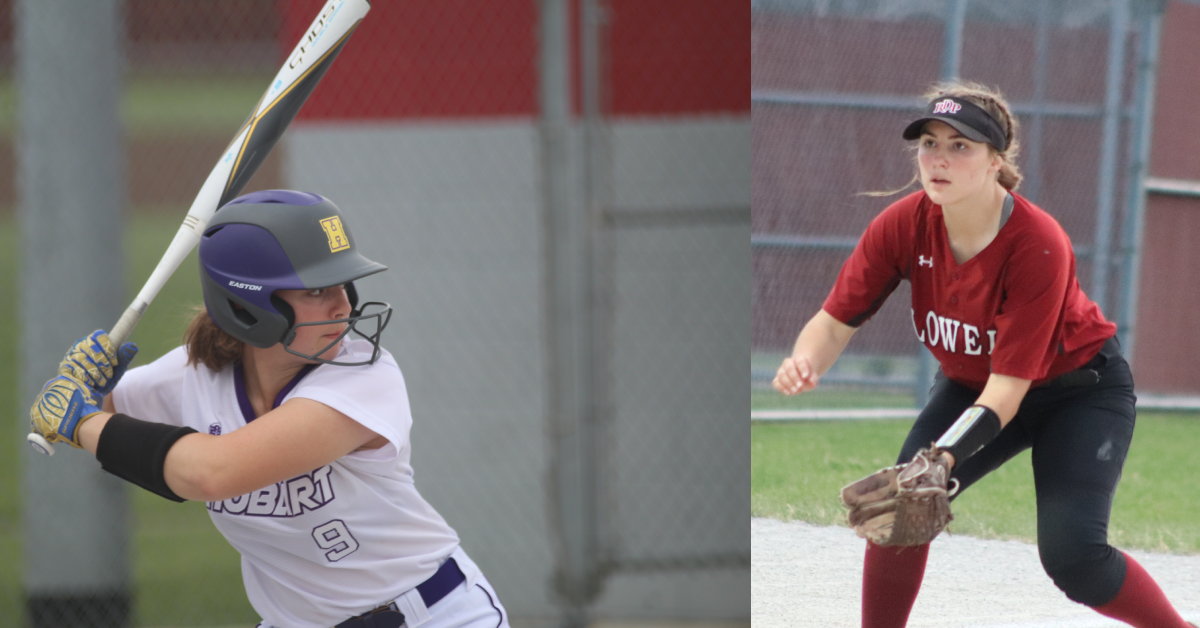 When Brickies Head Coach Steve Moss asked Click what she would do as she got to the plate, Click told Moss that she would hit a single.

“She then lifted it over the fence,” Moss said, “so I told her she lied to me!”

After an awesome opening to the winning game, Moss reflects on the season.

Hobart will have the chance to show their defensive capabilities when they take on the Lowell Red Devils next in Sectionals.

The Lowell Red Devils played the Michigan City Wolves in the second game of the evening, winning 9-0.

The Red Devils took an earlier advantage with three runs in the third inning. In the sixth inning, they brought in four more runs. Red Devil Head Coach Mike McClindon attributed their win to great planning.

“We had an idea of what they were going to do and worked on it. I was excited to get some runs early on,” said McClindon, “We came alive late there again.”

“She was outstanding,” said McClindon, “She mixed up her pitches really well and did a nice job at hitting her spots.”

Softball Sectionals continue this week. On Thursday, Crown Point faces Valparaiso at 4:30 p.m., and Hobart and Lowell challenge one another at 6:30 p.m.