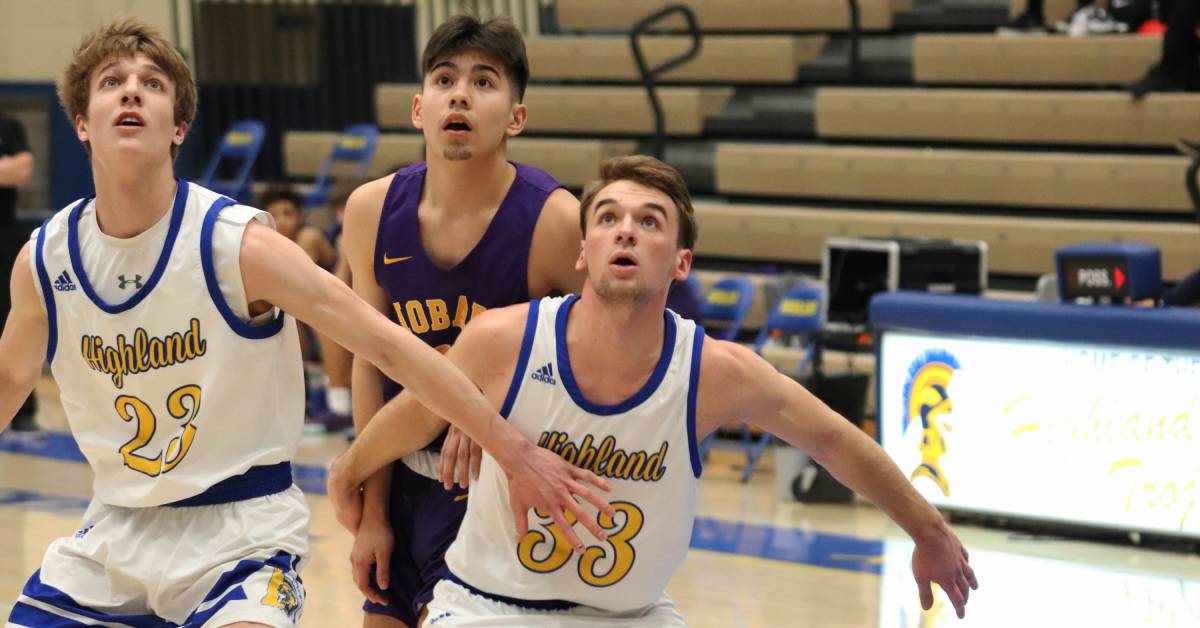 The Highland Trojans boy's basketball team hosted the Hobart Brickies in a conference game Friday night. The night started off with the Trojans securing the tip, and a three-pointer made by Highland’s #10 Kyren Abbott. The Trojans continued to build their lead throughout the first quarter, finishing with a score of 18-9. Highland used the second quarter to further their lead, finishing with a score of 31-15 at the half.

The third quarter started with a free throw from Hobart’s #12 Anthony Williams. The teams went shot for shot most of the quarter until the Trojans broke away again and finished the quarter with a score of 39-20. The final score of the night was 44-31, with the Trojans securing another win. Highland head coach Jordan Heckard discussed his thoughts on how the team played.

“I thought we had a ton of energy out of the gate, that was kind of our mentality, that we wanted to have a quick start,” Heckard said. “And then it was a team win, the guys shared the ball, and everyone worked together. It was good to see at the end of the season.”