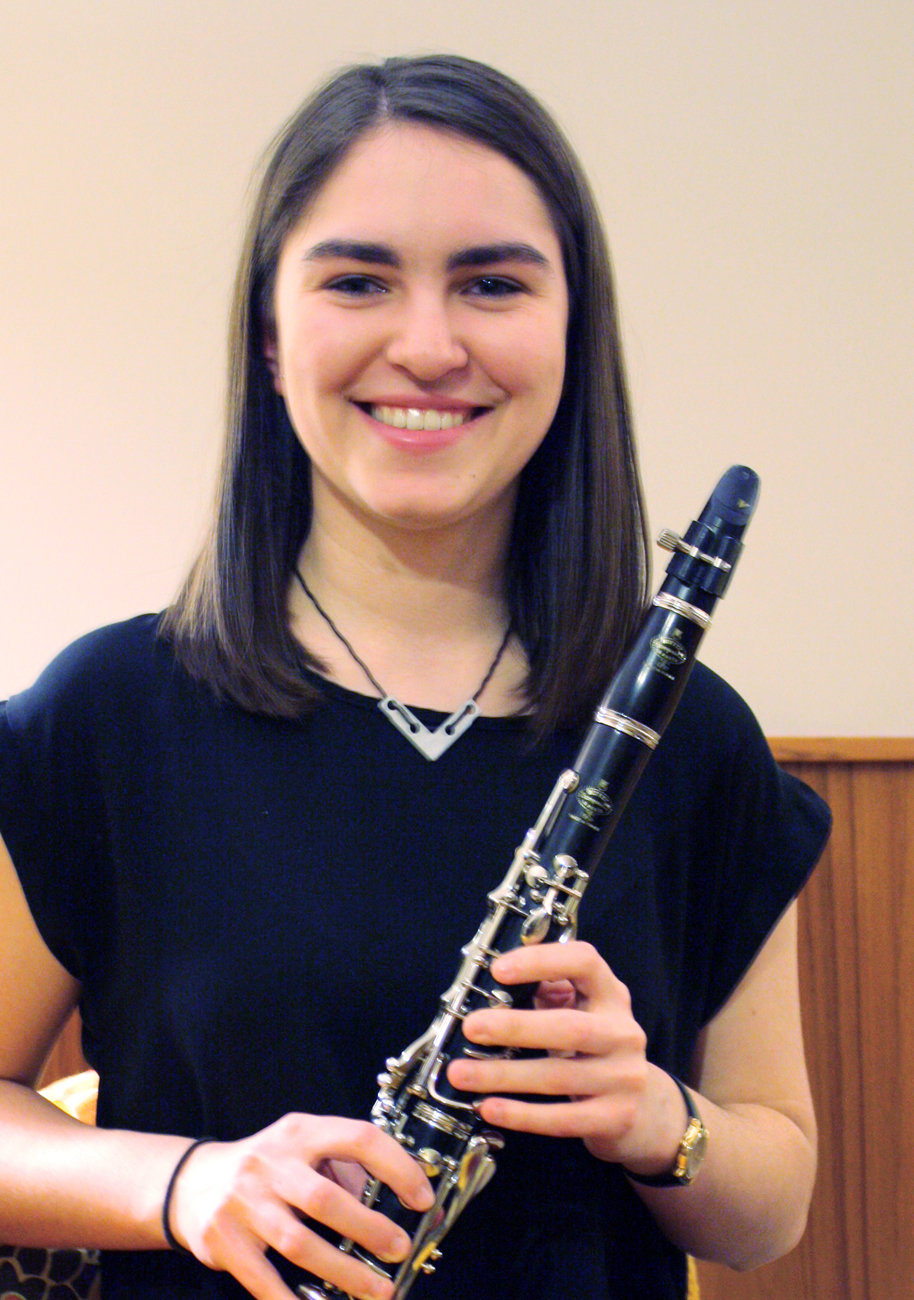 Maya Davis, a Class of 2016 student at Highland High School, will join other outstanding musicians from across the nation as part of Music for All's 2016 Honor Band of America. Davis was selected from numerous applicants from across the nation for membership in this prestigious honor ensemble. Davis is the daughter of Darrin and Patricia Davis. Davis is a member of the concert, marching, jazz and pep bands under the direction of Mr. Brian Blocker.

Davis plays clarinet (as well as piano, flute, and saxophone) and was selected by audition to rehearse and perform in concert as part of the Music for All National Festival, presented by Yamaha, March 9-12 in Indianapolis, Indiana. The Honor Band of America students will first come together, from 24 states representing 74 high schools, Wednesday, March 9 and will perform in concert Saturday, March 12, at 8:00 p.m., at Clowes Memorial Hall, located on the campus of Butler University in Indianapolis, Indiana. Maya Davis was Drum Major for the Marching Trojan Pride for 2015. She has earned Gold ratings at ISSMA solo and ensemble festival and qualified for State for both piano and Clarinet solo events. Davis has performed in Indiana Bandmasters All District ensembles for multiple years. Over her summers, Davis has attended Blue Lake Fine Arts Camp as well as Music For All's Summer Symposium and Leadership Weekend. The Honor Band of America is a national ensemble that will rehearse and perform under the direction of Richard Floyd, State Director of Music (retired), University of Texas at Austin and Music Director, Austin Symphonic Band.

A full schedule of Festival ensemble concerts, times and locations is available at www.musicforall.org/festival, or for more information call 800-848-BAND (2263).

About Music for All
Music for All (MFA) is one of the nation's largest and most influential organizations in support of active music making. Since 1975, MFA, through its Bands of America and Orchestra America programs, has been a destination and set the standard for scholastic music ensemble performance and music education advocacy. As a 501(c)(3) nonprofit educational organization, MFA's mission is to create, provide and expand positively lifechanging experiences through music for all. MFA's vision is to be a catalyst to ensure that every child in America has access and opportunity for active music-making in their scholastic environment. MFA's programs include 20+ annual events, including the Bands of America Grand National Championships and Regional Championships for marching band, the Music for All Summer Symposium camp for students and teachers, the Music for All National Festival for concert bands, orchestra, jazz and percussion ensembles and national honor bands and orchestras.