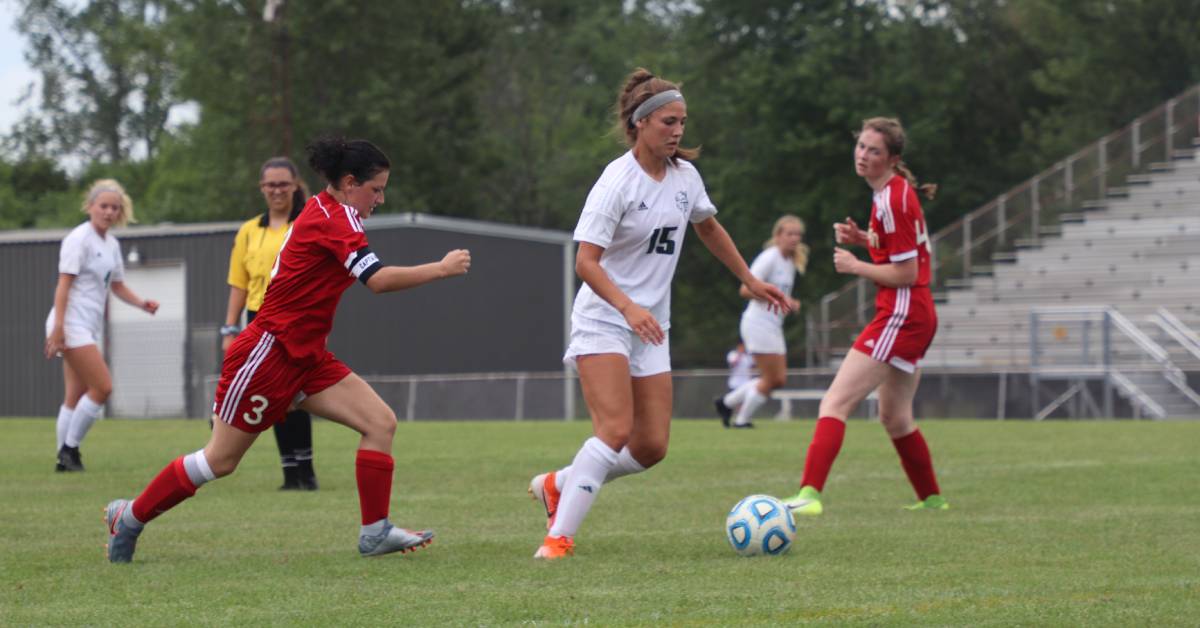 The Northwest Indiana high school soccer teams got their feet wet today at the Andrean Soccer Jamboree. Through the rain, each team played two forty minute scrimmages against two different schools. The event gives players and coaches an idea of how to organize their team, and how to play against the others.

One of the main goals of this series of scrimmages is to get inexperienced and younger players on the field early on in the season.

“We got a lot of guys without varsity experience,” head coach of Andrean boys soccer, Tyler Tampier said. “It gives us a chance to gain experience before our first game on Thursday.”

Most teams had specific goals for themselves. Some, like Andrean, wanted the experience. Others were trying new things out.

“It gives us an opportunity to try formations, to try to play in a way we haven’t been able to yet,” Valparaiso girls soccer head coach Robert Cespedes said. “These 40 minute games let us play against the teams eleven on eleven to see what works and what doesn’t.”

The teams are also able to figure out their weaknesses and strengths before the regular season kicks off.

“It’s a must,” Boone Grove head coach, Tim Burbridge said. “You can have as many friendlies as you want, but if you don’t have the referees out here governing the game and the rules of substitution, we are usually lost the first couple of games getting those girls to substitute right.”

One of the other goals of an event like this is to be able to give some insight into the season ahead.

“It [the season] is gonna be good. Tough,” Andrean player, Nick Graziani said. “It’s gonna be an interesting season.”

Many of the coaches feel that this soccer season is going to be both good and challenging.

“I don’t see one school that stands out over the others this season compared to seasons of the past,” Illiana Christian High School varsity boys soccer coach Todd Bevan said. “A lot of schools are pretty even.”

As the schools prepare for an exciting soccer season, they see an increasing quality among the players and teams in the northwest Indiana area.

“I was worried about how soccer was in northwest Indiana a couple of years ago,” Burbridge said.“ More people are involved now. You see our teams going for state championships now when it used to be all Indianapolis. You see better quality. It’s in a good place right now.”