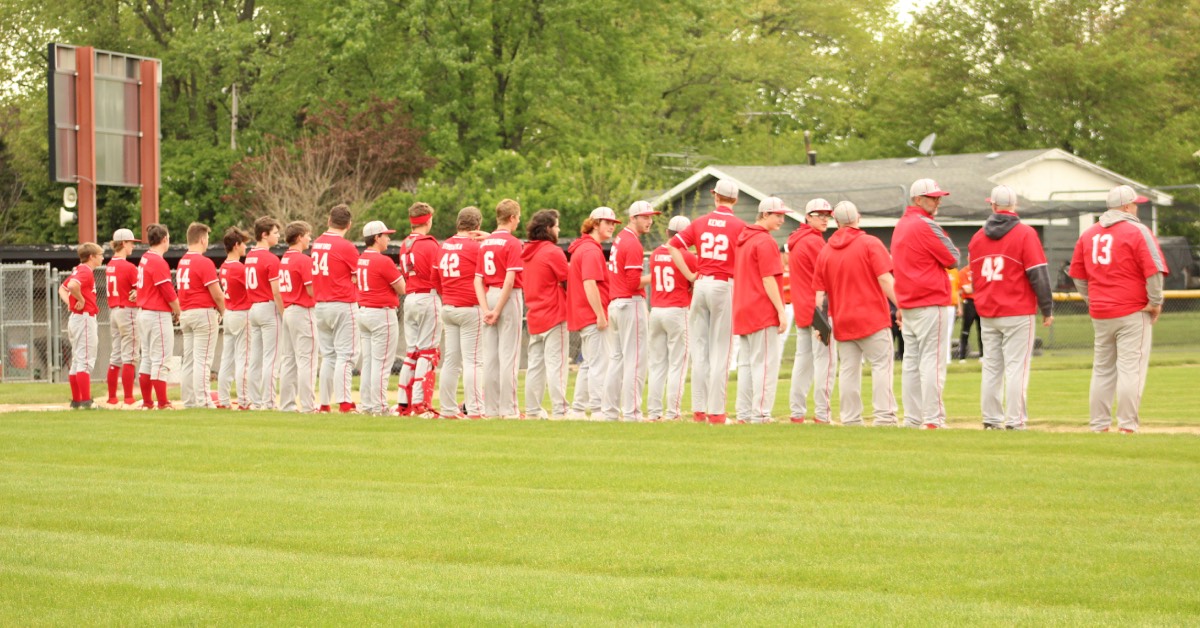 The Westville High School Blackhawks Baseball Team hosted the Hebron High School Hawks on Monday. The Hawks stole all the runs during the game, ending the night with a score of 10-0.

In the first inning, both teams ended with a 0-0 score, but that quickly changed in the second inning when the Hawks had players on all bases. #24 Matt Clark scored the Hawks their first run for the night, setting uphis team for success.

Hebron High School Baseball Coach John Steinhilber shared his perspective on the action during the first and second innings.

“We came out with an aggressive approach hitting wise and we wanted to run a little bit,” said Steinhilber. “I thought that even though we hit three hard balls in the first inning that we really got going there in the second inning and got some good bats.”

All throughout the second inning, the Hebron Hawks had players on all three bases for the majority of the inning. This wasn't all that happened within the second inning, though, as #2 Trevor Roy, #34 Gage Swinford, and #11 Drew Grennes all passed home plate to bring the score to 4-0.

The star player for tonight was #44 Tucker Patrick as he helped his team significantly by consistently hitting the ball, loading the bases with his teammates. Patrick also pitched for the Hawks, making the Blackhawks unable to score any runs for the night.

“Tucker has been pitching that way for the last four games, and when he pitches that way it's good for us,” said Steinhilber. “He just attacks his own, that's what he's been doing. He had a couple doubles and then he pitched so well.”

There was one homerun scored by #29 Griffin Moore in the fifth inning that brought his teammates to screaming and cheering in excitement in the dugout. When Moore got back to the dugout, his team honored him with their “gold chain” after hitting a homerun that finished the final score at 10-0.

“I'm proud of Griffin with the homerun,” said Steinhilber. “That's something that we've been waiting for on him, but I thought it was a team effort.”