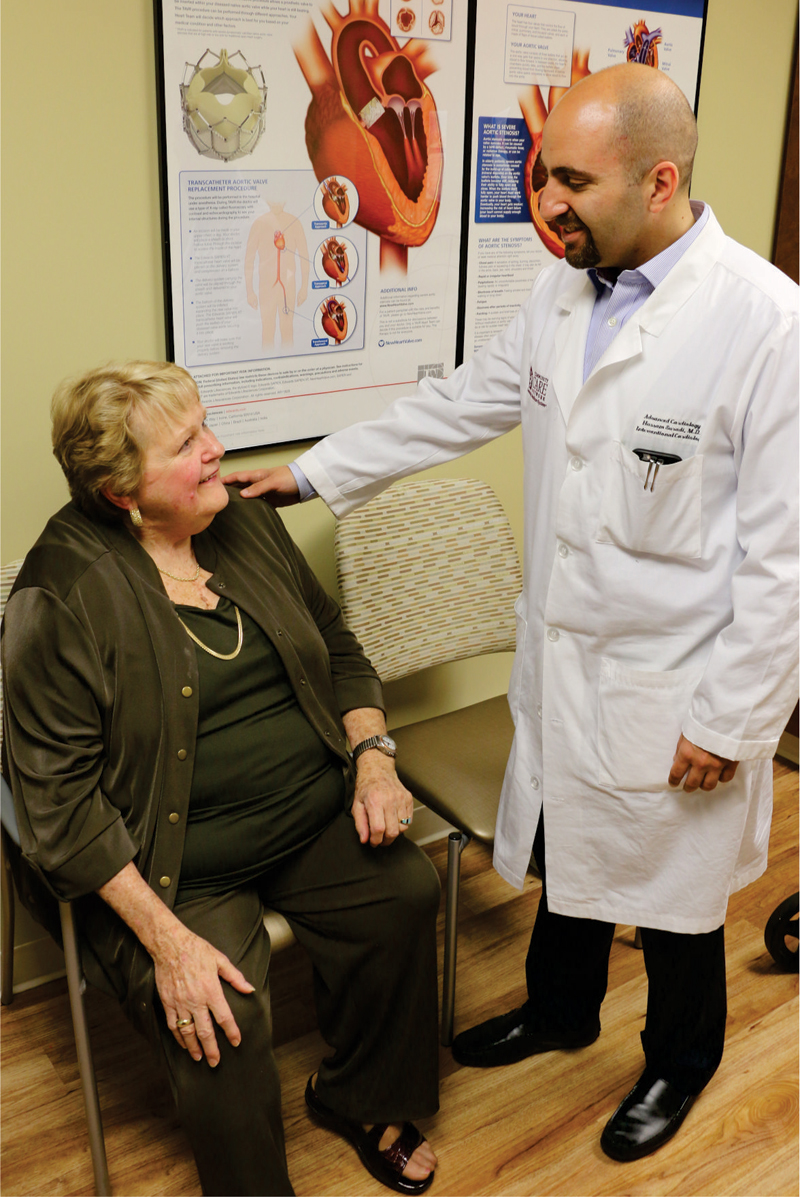 The public is invited to attend the 2016 Hearts of Hope tree lighting ceremony Wednesday, Feb. 10 at 5 pm in the West Patient Tower Lobby of St. Mary Medical Center in Hobart. Cardiovascular patient Jane Gordon, of Merrillville, will share her personal story, and light the heart-decorated tree with lights that shine in honor of those whose lives have been affected by cardiovascular disease.

The annual Hearts of Hope campaign raises funds for the Cardiovascular Research program at the hospitals of Community Healthcare System. The ceremony will feature an update on current advances in cardiovascular research by St. Mary Medical Center cardiologist, Hussam Suradi, MD, FACC, and remarks by Janice Ryba, hospital CEO. The event will also feature a Heart Health Fair from 3 – 5 p.m., and an educational seminar by Suradi at 4 p.m.

As the 2016 Hearts of Hope Honoree, Gordon will share her personal experience with heart disease. After suffering a heart attack in 2008, Gordon underwent open heart surgery for an aortic valve replacement. Less than a year later, physicians informed her that the valve was leaking, and that she would need to have a second open heart procedure to replace it or she would die.

“I couldn’t even fathom that,” said Gordon. “The surgery was such an ordeal for me, and I couldn’t think about going through that again. I refused.”

Over the next several years, Gordon was hospitalized many times for heart conditions, including symptoms of heart failure and another heart attack in early 2015. It was during her recovery in the ICU from that attack when she first heard about Suradi and his expertise. Suradi is the only physician in Northwest Indiana who is fellowship-trained in structural cardiology which includes treatment of congenital heart conditions or other disorders that affect the flow of blood through the chambers of the heart – including valve disease.

Suradi scheduled a series of tests for Gordon to determine if she would be a candidate for a minimally-invasive valve replacement called transcatheter aortic valve replacement (TAVR). It was during that clinical workup when Suradi discovered that Gordon’s heart valve was working fine. The leak was coming from torn tissue located just outside the valve frame.

“This problem, called paravalvular leakage, is a common complication following surgical valve replacement and usually requires a redo surgery to treat it” said Suradi. “But instead, we were able to offer her another non-surgical approach which can be performed in the cardiac catheterization lab by delivering a ‘plug’ through a small groin incision to cover the leak. That is what we did, and she did remarkably well, discharged home the next day from St. Mary Medical Center.” Gordon’s was the first paravalvular leak closure performed in Northwest Indiana.

“I feel so much better,” confirms Gordon. “I have a stronger voice, I’m no longer out of breath and I don’t have to make sure there is a chair nearby so I can sit down.”

Gordon, who is a former nurse educator, is inspired to tell her story to help patients who may find themselves in similar situations. She wants to encourage them to ask their physicians about new treatments and technologies that may be available in the area.

“If I had not been as diligent about finding an alternative to surgery, I would have continued to suffer or possibly even passed away by now,” she said.

Gordon’s condition, though life-threatening, was treatable thanks to cardiovascular research and advanced treatment options available at St. Mary Medical Center and the hospitals of Community Healthcare System.

The Cardiovascular Research program works to improve the heart health of the community through education and the advancement of knowledge from clinical trials and studies. Building upon Community Healthcare System's vast experience in treating heart disease, the hospitals are working to improve local access to new treatments options available only through research. These initiatives have made it possible for the system's hospitals to participate in national research trials directed at better detection, treatments and the prevention of heart disease.

For more information on cardiovascular research being conducted at the hospitals of Community Healthcare System: St. Mary Medical Center in Hobart, Community Hospital in Munster or St. Catherine Hospital in East Chicago, log onto www.comhs.org/HeartsofHope.