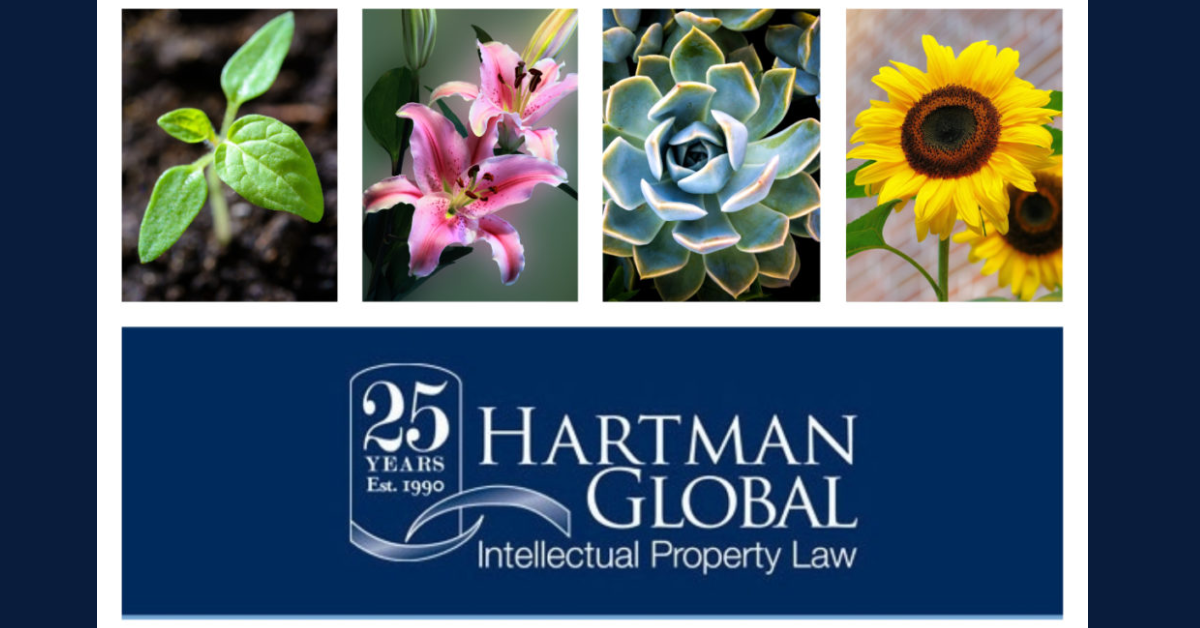 If someone told you they invented a plant, would you believe them? It seems odd but it’s a thing, and it occurs more frequently than you might think! Luckily, Hartman Global IP Law is here to educate you on the ins and outs of the process.

What is a plant patent?

Created by the United States government in 1930, this type of patent protects the rights to the inventor (or the inventor’s heirs) who has invented or discovered the plant. The grant lasts 20 years from the date of filing the application. It protects the owner’s right to exclude others from asexually (the propagation of a plant without the use of fertilized seeds to assure an exact genetic copy of the plant being produced) producing, or selling the plant or any of its parts throughout the United States. However, according to the United States Patent and Trademark Office, the protection is limited to a plant in its ordinary meaning:

The USPTO states patents to plants, which are stable and reproduced by asexual reproduction, and not an edible tuber reproduced plant, such as a potato. As stated in Title 35 United States Code, Section 161: "Whoever invents or discovers and asexually reproduces any distinct and new variety of plant, including cultivated sports, mutants, hybrids, and newly found seedlings, other than a tuber propagated plant or a plant found in an uncultivated state, may obtain a patent, therefore subject to the conditions and requirements of this title. The provisions of this title relating to patents for inventions shall apply to patents for plants, except as otherwise provided. In order to obtain the protection, you must meet the requirements of patentability. The USPTO states the following are met:

Anyone seeking this type of patent should consult with the USPTO’s website before filing their application to ensure new requirements haven’t been made or changed. The government agency wants applicants to be aware they may prosecute their applications through the services of a registered patent attorney or agent. According to the USPTO, if the applicant is the assignee (juristic entity), then it is required a patent practitioner be used. Note that the USPTO will not help in the selection of an attorney or agent.