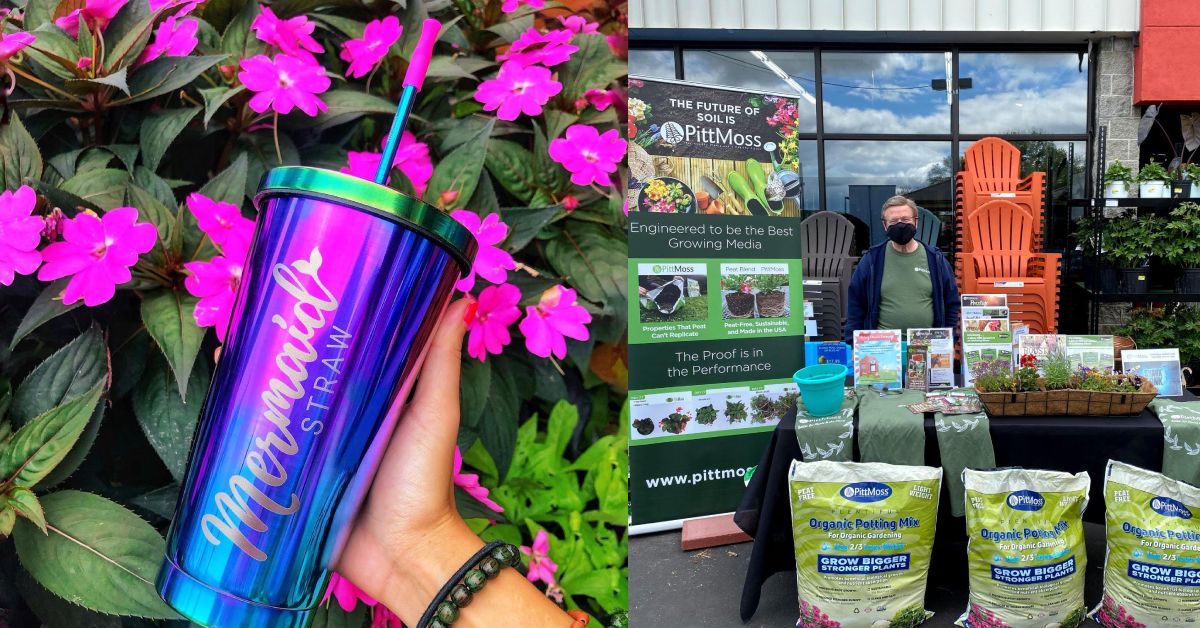 After more than 30 years in the business, Hartman Global Intellectual Property (IP) Law has worked with companies both local and international on countless patents, trademarks, and copyrights. Some are locally known, novelties that capture the community’s attention with its creative flair. Others are high-profile, grabbing national attention and making a positive impact around the globe.

“We’ve been doing this long enough that we’ve really started to see things we’ve worked on come to fruition and leave a positive impact,” said Domenica Hartman, co-founder of Hartman Global. “It’s amazing to see people come in to see us with an idea, sometimes after horrific, life-changing events, and use it to flip their fortunes and make a real difference in the world.”

One business they worked with on a trademark is Mermaid Straw, a reusable straw manufacturer committed to sustainability and reducing single-use plastics. It was founded by husband and wife duo Lisa and Adam Harrington.

“This was a woman who had a thriving career in Chicago,” Hartman said. “She and her husband were ‘living the dream’ in the city, so to speak, until she became ill. They needed to pivot.”

Bedridden for over a year, Harrington dreamed the idea of Mermaid Straw and got to work making it a reality. They sold their first straw within two weeks, and Hartman Global helped protect their brand. Now, the Valparaiso-based company ships all across the country to their millions of followers on social media.

“They’re selling absolutely everywhere,” Hartman said. “They’re making a difference for sure; it’s fun to be a part of that kind of story and see where these innovators are able to go.”

Some of Hartman Global’s clients have appeared on Shark Tank, or made it deep into the screening process. One of those clients is Mont Handley, a local inventor and entrepreneur who created PittMoss, an environmentally friendly gardening and potting mix. It replaces peat moss, a type of compost that is mined from bogs and is a destructive process that releases a devastating amount of greenhouse gasses into the atmosphere.

“PittMoss uses recycled newspapers and other materials as an alternative to save the peat bogs,” Hartman said. “Those bogs are just as important to the global environment as our rainforests. It’s really neat because he was a grad student using his mother’s blender to come up with the formula. That turned into a company that got on Shark Tank, and Mark Cuban, Kevin O’Leary, and Robert Herjavec all invested. We actually worked with Cuban’s attorneys on his behalf.”

Hartman is continually astounded by the spark of innovation that exists in Northwest Indiana, and the globally relevant creations that come from it.

“People say to us all the time, ‘How can you run your firm out of Northwest Indiana?’” she said. “But the reality is that this area is such a hotbed of entrepreneurialism and creative people. We’re a very diverse area, with a lot of people who came here from somewhere else or from families of immigrants. It’s like they’ve got this spark, they’re always looking to make something happen.”