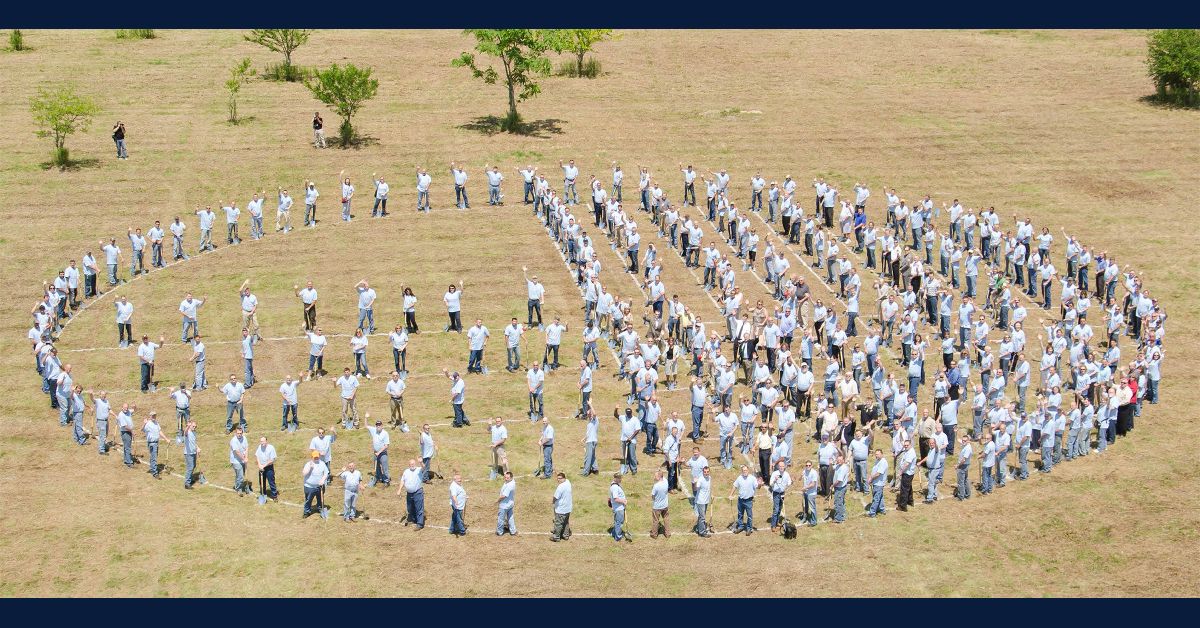 For decades, Hartman Global Intellectual Property Law has protected the intellectual property of countless clients around the world, from multinational corporations to local innovators.

One of its long-time clients is Urschel Laboratories, Inc., a global leader in food-cutting technology founded in Valparaiso more than a century ago. To simplify their work, they make machines that process foods down into the size and shapes – and if you open your pantry, odds are high that an Urschel machine played a role in making multiple items inside.

“Any big food pieces that you want made smaller, that’s what we do,” said Rick Urschel, President/CEO of Urschel Laboratories. “Our bread and butter is size reduction. We take something that’s big and cut it up into tiny pieces quickly and with high precision.”

If you take a quick trip to your local Strack & Van Til, you will see countless items processed by an Urschel machine.

“100% you’re going to see something we played a role in, almost in every aisle,” Urschel said. “There are employees here that feel an immense amount of pride and accomplishment walking through those aisles thinking, ‘Yeah, I had a hand in that.’”

It is not just local companies and manufacturers that depend on Urschel – they have more than a dozen offices across Europe and Asia with their machines serving more than 100 countries around the globe.

“We actually started exporting our machinery back when the company was founded early in the 1900s,” Urschel said. “In 1910, my great-grandfather was selling his first machine to canneries in Michigan but was also exporting them to New Zealand of all places. Our international business didn’t grow much from there until the ‘60s and ‘70s, when my grandfather and his brothers opened the first direct Urschel sales office in Leicester, England.”

Chips, fruits, veggies, meats, cheeses, and products of all kinds are shaped by Urschel machines.

“One of the amazing things people get taken aback by is the volume of our reach,” Urschel said. “Every potato chip that you’ve eaten in your entire life was cut by a machine designed in the 1950s, and it really hasn’t changed. It even goes beyond food processing. If you have Lemon Pledge in your house, they had to extract that lemon somehow, and they used our equipment to do that. It’s kind of like we’re a household name, but nobody has ever heard of us.”

While family-owned through the 20th century, in the 2010s, the Urschels saw that the company needed to find a different structure in order to survive. There was no clear path to a stable family successor.

“I’m fourth-generation, and at the time, there wasn’t really a clear and defined path for a fifth-generation owner,” he said. “My daughters were six and eight, and it’s hard to say whether a six or eight-year-old is going to grow up to be willing or able to run a multinational company with 500 employees, so we were faced with a bit of a quandary.”

The Urschel family always put an emphasis on providing a great environment for their workers and decided to transition into becoming a 100% employee-owned company. They accomplished this in 2016 by way of an employee stock ownership plan (ESOP).

“An ESOP checked a lot of the boxes with the direction we were heading and what we wanted to do with the organization,” Urschel said. “The last thing we wanted was to sell to some fly-by-night venture capital firm only to find that three years later, no one is working here because they fired all the senior staff and the working conditions are awful.”

As a homegrown business, Urschel also puts an emphasis on philanthropy – which is now handled by an employee committee.

“We’ve always prided ourselves on being a bit of a silent partner,” he said. “We’re benevolent to a lot of organizations, but it’s one of those things where we don’t really put our name on it.”