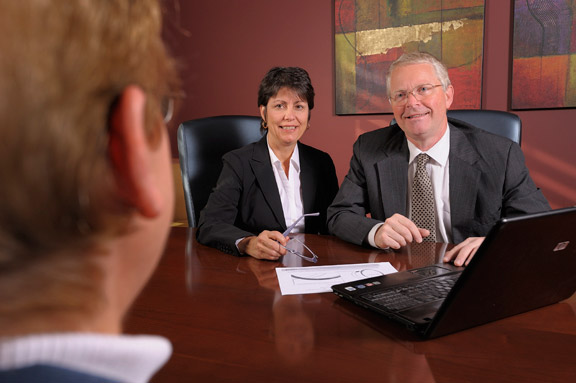 Branding is an incredibly important part of creating a successful business or product. With the increase in a company's ability to reach potential customers with their products and services it’s vital to register and own any name, logo, or design associated with that company.

Hartman Global Intellectual Property Law specializes in helping inventors and business owners make sure that their company's brand and anything relating to their products are registered and trademarked with the United States Patent and Trademark Office.

“In my almost 30 years of doing this, branding has become so much more important, prevalent and relevant,” said Domenica Hartman, owner of Hartman Global IP Law. “I just read a study in one of my trademark societies, and there are people that measure everything, but as recent as ten years ago people's brains would take a second or two to recognize a brand and associate it with the goods.”

“Now, in our age of smartphones, icons and everything being visual, we either recognize a brand or we don’t,” said Hartman. “We kind of turn it on or off in our brain in less than a second. We either look and say that’s the Starbucks mermaid, that’s the Target bullseye or that’s the Nike swoosh, or our brain shuts it out and says, ‘not interested’.”

Branding is so much more in depth nowadays. Whereas once, trademarks were usually directed to words like Nike or McDonald’s. More and more trademarks are being associated with the logo.

A huge change a few years ago was Starbucks, and, as Hartman said, they were probably one of the first companies to do this with their mermaid logo, they actually filed for protection on their logo that didn’t even include the word ‘Starbucks’ anywhere in the design.

“They realized that branding is everything,” Hartman said. “I like to tell clients a couple different things. First, when they come in with a new widget I tell them to come up with some kind of name or logo, some kind of trademark, because it’s going to be easier to get that product out there if you’re saying, ‘this isn’t just a cup of coffee but this is my Starbucks coffee,’ for example. Obviously don’t copy someone else’s but it’s easier to give something recognition when you go out to designers, manufacturers and financiers.”

If you can say, “here’s my (product name),” it makes it much more identifiable and attractive when you’re trying to reach customers or investors.

The first job you have when you’re branding something is to make sure no one else has used, or is using, that particular trademark. This can be done through a simple search.

“It won’t give them 100% confidence but more like 80% when, at first, you do a Google search and then go to the PTO (Patent and Trade Office) website. There is a ‘Trademark’ tab that will say ‘Search Trademarks’ and you put in your mark and you see what comes up.”

Hartman recommends that you spell your brand every which way possible during that search, including adding a ‘z’ where an ‘s’ would be, for example.

“If your mark comes up in the search and you’re using the name for coffee and something like diapers shows up, it probably won’t be an issue for you to use it,” said Hartman. “But if I used the name ‘Starbucks’ for baby diapers I may be able to use it, but Starbucks is so huge that they would probably come after me.”

“You as a consumer should be able to buy this product and know whether ‘Starbucks diapers’ are from the coffee people or not. The law isn’t going to allow for that and I can’t come in as someone who is offering those good. I can’t palm off of the success of that other mark.”

The law protects the goodwill associated with your trademark for your goods and services. If your intent is to sell your products on a national or global level it then registering your trademark on a federal level is one of the most important steps in the process.

To find out more about what Hartman Global Intellectual Property Law can do to help you and your business, visit their website here: http://www.hartmanglobal-ip.com/