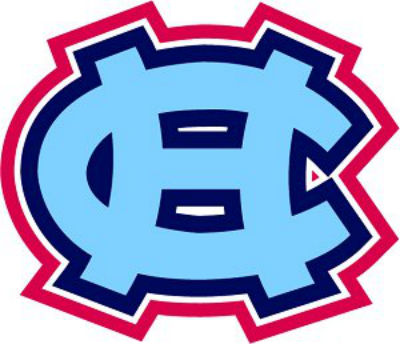 Football is back at Hanover Central for the first time in more than 40 years, and the community could not be more thrilled about it.

“Everyone is real excited,” Hanover Central High School Athletic Director Kevin Bachinski said. “Some members of the community remember when Hanover Central had a football team and can’t wait to see it return.”

The date of return is mere moments away, as the Wildcats will host Bowman Academy on Friday, August 22 in the season opener. Although Hanover did field a full junior varsity team last year, this will be Cedar Lake’s first taste of Friday night lights in quite some time.

It was 1971 when Hanover Central last produced a varsity football team. Three years ago, an effort to bring the popular fall sport back began with the addition of a Pop Warner program that was initially combined with the Tri-Creek (Lowell) team and then a Middle School spring program to “gauge interest in the community.”

“A lot of people wanted to see a Pop Warner program here and then be able to see the kids play in high school,” Bachinski said. “We then created a fall Middle School team and have added one level higher every year until we got to this point.”

The Wildcats will be led by Head Coach Robert Harrison, who has been a part of Hanover Central’s football return since the Pop Warner team was formed. Currently a teacher at the high school in the business department, Harrison was the coach of this season’s varsity players when they began in middle school.

“We opened the head coaching search some time ago, a number applied, and he was selected,” Bachinski said. “He has been in charge of the program pretty much since it came into existence.”

Hanover Central was added to the Greater South Shore Conference last year for all their other varsity sports and will be a part of the GSSC football conference beginning this year.

They will compete against division rivals Boone Grove, Whiting, Wheeler and North Newton with crossover games scheduled against South Central, Bishop Noll and Lake Station. And just because Hanover Central is the newcomer in the bunch doesn’t mean Bachinski and Wildcat fans throughout Northwest Indiana aren’t expecting success right off the bat.

“We know we are still in the beginning stages, but we would like to see some success. The kids have been working real hard,” Bachinski said.

But most of all, Bachinski said he is looking forward to watching the 62 members of the varsity and junior varsity teams “go out and compete.”

“We are looking to being a part of THE event on Friday nights in the fall,” he said. “We’ve had volleyball games at these times, but it’s a little different when you have 1,000 or 2,000 fans come out. It’s a community event, so I am really looking forward to seeing the town come out to support our kids.”

The athletic director also touched on how the addition of the sport at Hanover Central could be a nice attraction for Cedar Lake and the surrounding areas.

“For any community in this area, (football) is a natural draw,” he said. “It is going to make us a little more appealing for people wishing to move to the area. People can’t wait to see it. We have support from the businesses, individuals, parents and families.”

A tailgate party is planned for 4 p.m. at the school parking lot, where a barbecue company will offer meal packages in preparation for the historic contest.

“We are hoping for good weather and want to give the kids the best opportunity to be successful on the field and create a nice environment for fans to come watch the first game,” Bachinski said.