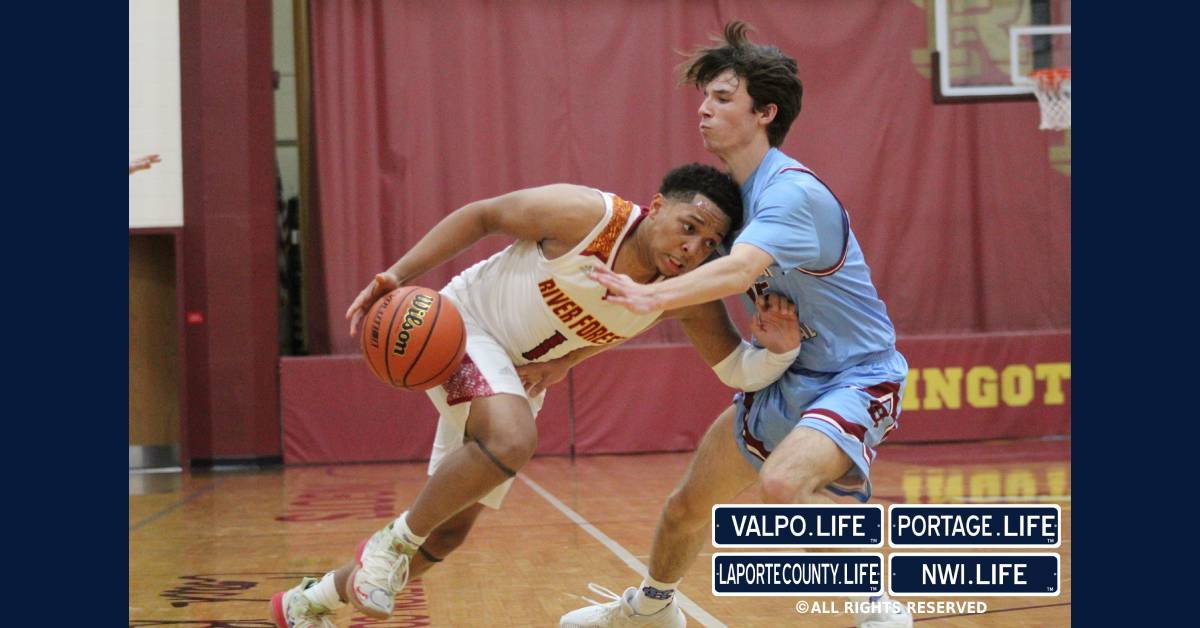 The Wildcats controlled the game from the onset, establishing an 18-4 lead by the end of the first quarter. The Ingots built momentum around solid defense in the second quarter, and entered the half 27-15. Hanover returned the favor, limiting River Forest to just one field goal in the third quarter, as they broke out in scoring to cushion their lead and close out the game.

Hanover senior Joey Glidewell. No. 5, played a key role in his team’s victory, putting up 15 points and serving as a key playmaker. 6’9 sophomore center Landen Babusiak, No. 23, also hit double digits by scoring 14 points, and rarely missed a rebound opportunity under the rim.

The Wildcats’ win was also Head Coach Byron Clouse’s 100th victory with the team, and he will lead his squad against Lake Central on Thursday. River Forest will move on to play the Whiting Oilers next Saturday.