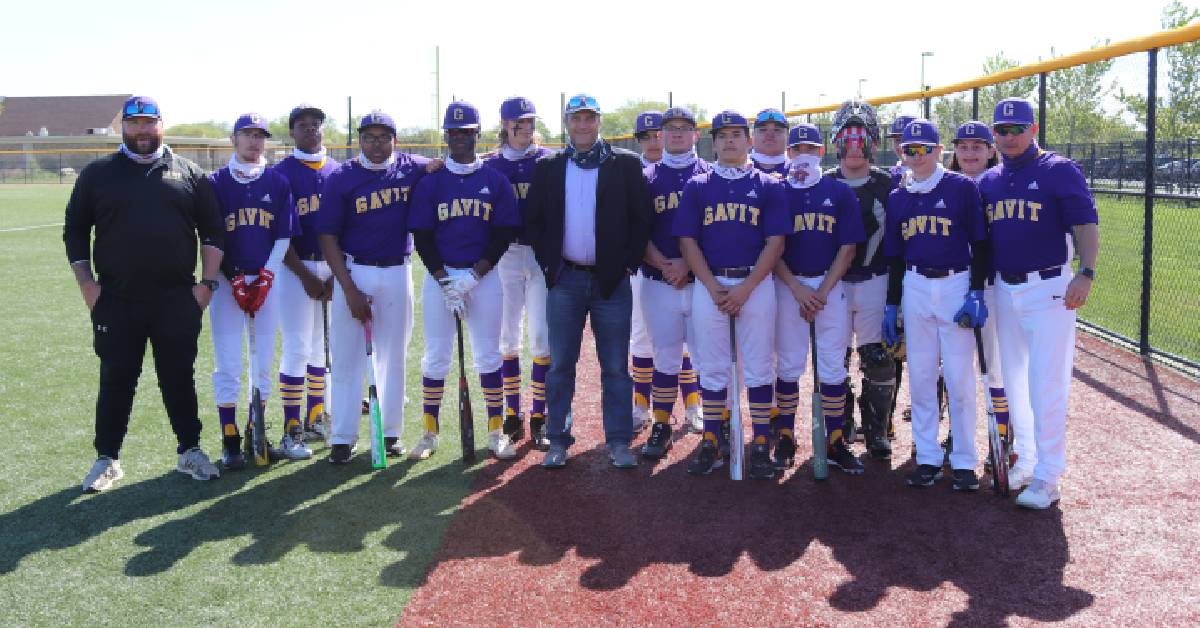 With three Hammond high schools, Gavit, Clark, and Hammond High, set to close their doors for good and students to move to Morton and the brand new Hammond Central, it’s been a bittersweet season for many Hammond athletes.

To help those students, their parents, and many faculty members and alumni find some closure, the School City of Hammond organized a baseball tournament they called “The Last Inning.” Gavit, Clark, Hammond High, and Morton’s baseball teams participated in the Saturday event that offered them the chance to duke it out on the field one last time in front of a large, combined crowd that included Mayor Tom McDermott, who threw out the first pitch.

“We want these kids to go out and remember all the good times,” McDermott said. “We’re just trying to make it as special as we can for them. They’ve spent two to three years in one school, and next year they’re heading to a brand new one. We’re just trying to give them good memories playing against each other, since they’ll be playing on the same teams next year.”

“When I got hired last year, I asked about how we could honor the legacies of all these schools,” he said. “We wanted to do something for the kids and give them a huge crowd.”

As a Clark alumni himself, he understood that an event like this would help shift the student’s perspective on their time at their soon-to-close schools.

“It’s about being happy that it’s happened, not sad that it’s goodbye,” he said. “There’s going to be so many better opportunities now with the schools consolidating. I know that at Morton, we’re over the moon. It’s going to mean more students and deeper teams.”

McDermott noted his excitement for the new Hammond Central High School, and the impact it will make on the students.

“To be honest, we’ve needed a new school for a long time and Superintendent Scott Miller made the tough decision and did the right thing for the city,” he said. “The new school is gorgeous, and it’s going to give the kids better opportunities in education and athletics, letting them field more competitive teams. It’s going to be a huge thing for the community too, it’s like pride – community pride.”

Clark Senior Darrick Woods started the first game of the tournament for the Pioneers, pitching all the way into the 7th inning. He noted his appreciation for the tournament, and the spark of motivation that Clark’s last season has provided the team.

“Things like this are a good way to celebrate what’s going on, it’s kind of bittersweet,” he said. “We’ve definitely had a lot of alumni at our games, and a lot of people coming out, more than usual, to support us. It’s really motivated us to do our best.”