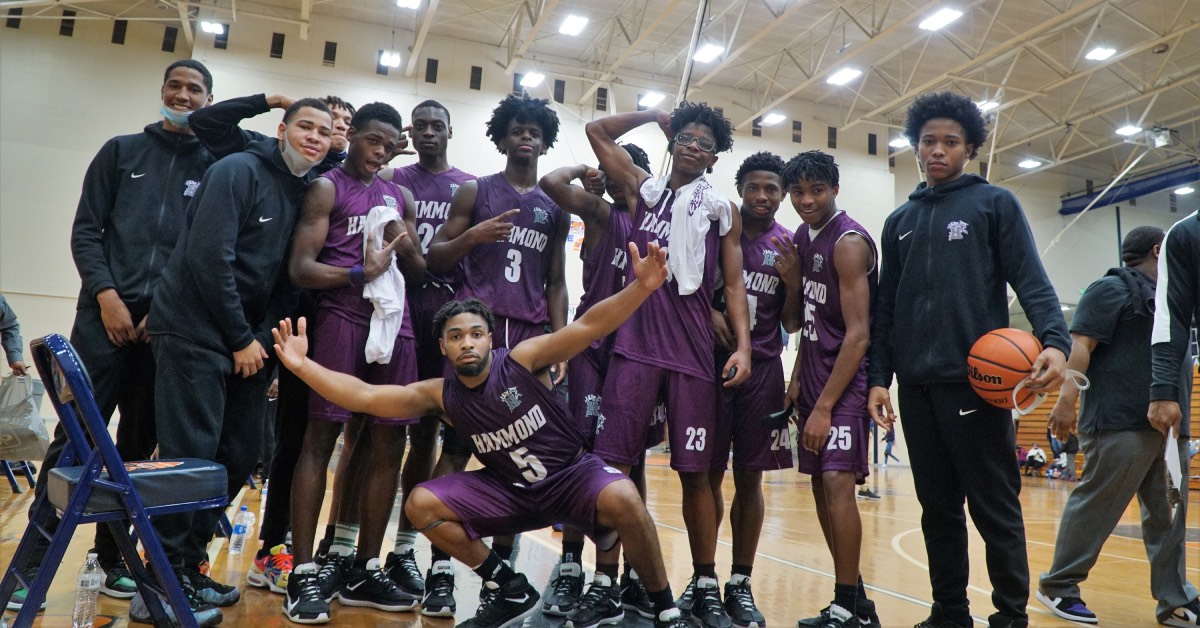 It was the battle of the big cats tonight at Gary West Side High School as the Cougars hosted the visitors for neighboring Hammond High School in a conference basketball game.

The Cougars jumped out with an early lead, holding the Wildcats back in a hard-fought and very physical game of varsity basketball.

Wildcats Coach Larry Moore Jr. expressed pride in how well his team played and gave due credit to their rivals from Gary.

“We played very well. West Side is a very talented team, a very well-coached team.” said Moore. “Not a lot of other teams can come out here and beat them, and we were able to come here and not just beat them, but beat them on their home floor, so that feels pretty good.”

Coach Moore knew they had their work cut out for them going into tonight’s match.

While down by 10 points, the Wildcats came on strong in the second half, playing some strong ball, which allowed them to turn that 10-point deficit around to win the game 63-53.

“The second half, we did a great job rebounding. They were much bigger than us, but we made sure that we checked them off, limited them to just one shot. In the first half, they had a lot of put-backs. In the second half, they didn’t,” Moore said.

Helping to drive their turnover push was senior guard Harold Woods who grabbed 11 points in the final quarter to end-up with a game-high of 29 points, including three three-pointers and nailing all his free throws in the fourth quarter. Also key was senior guard Reggie Abram, who scored 10 points in the last quarter to help turn the tide against the West Siders. Abram is on track to be one of the winningest players in Wildcats history for his part in 59 victories during his basketball career in Hammond.

The Gary West Side Wildcats fall to 3-1 following tonight’s game and will host Hammond Clark (Whiting, IN) on Wednesday, December 16 for another conference game.

The Wildcats will look forward to boarding the bus for a ride down to Evansville for a non-conference game against Evansville North next weekend.