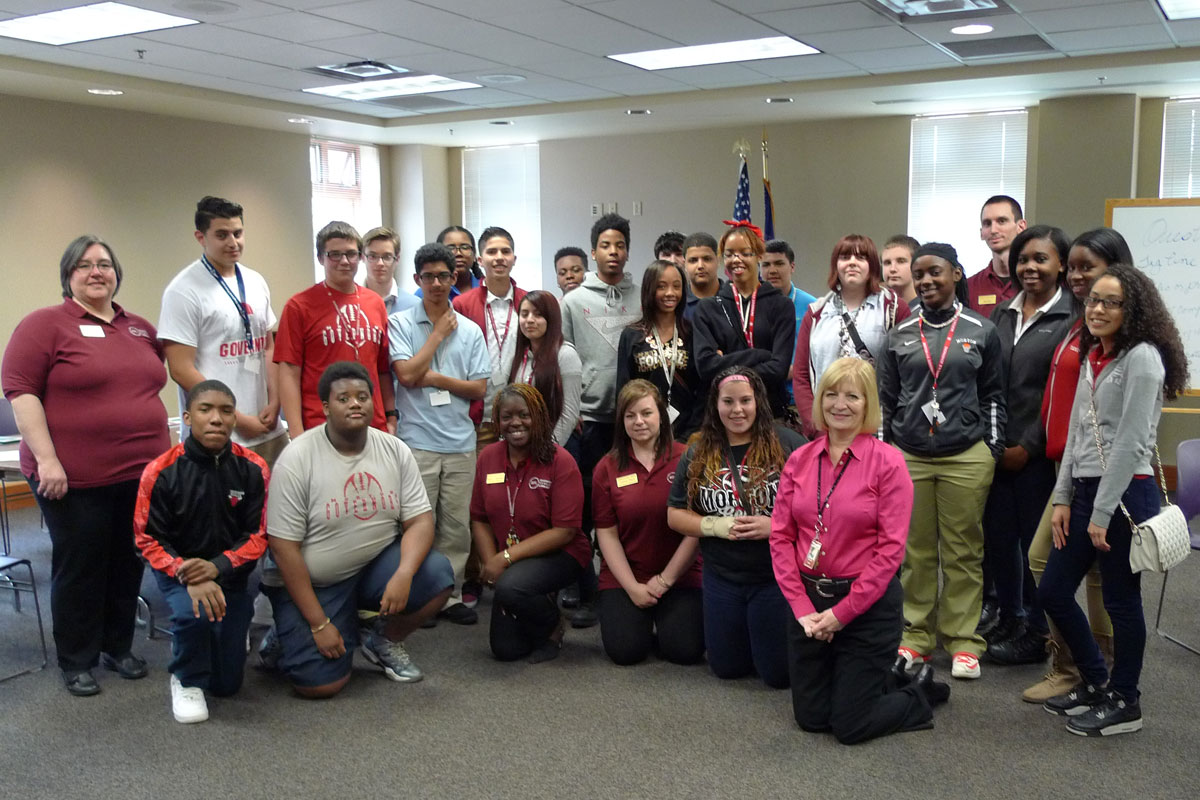 The Hammond Public Library recently partnered with students from Morton Senior High School on an advertising project to benefit the Hammond Public Library Foundation. Twenty-four students from Morton’s Digital Citizenship class and their teacher, Sandy Boyer, visited the library to interview representatives of three businesses that were invited to participate in this pilot program. The students would later compile and assess the information to create a 60-second commercial for that business, to run on the library’s large format display.

The Digital Citizenship class comprises freshmen through juniors, said Boyer, who explained that students learn the proper use of technology and how to use Microsoft Word, PowerPoint, and Excel.

While today’s students are plugged into technology as never before, and are masters at texting, “most students entered the class without keyboarding skills,” said Boyer. “We spend the first 10 minutes of each class straight-up keyboarding.” 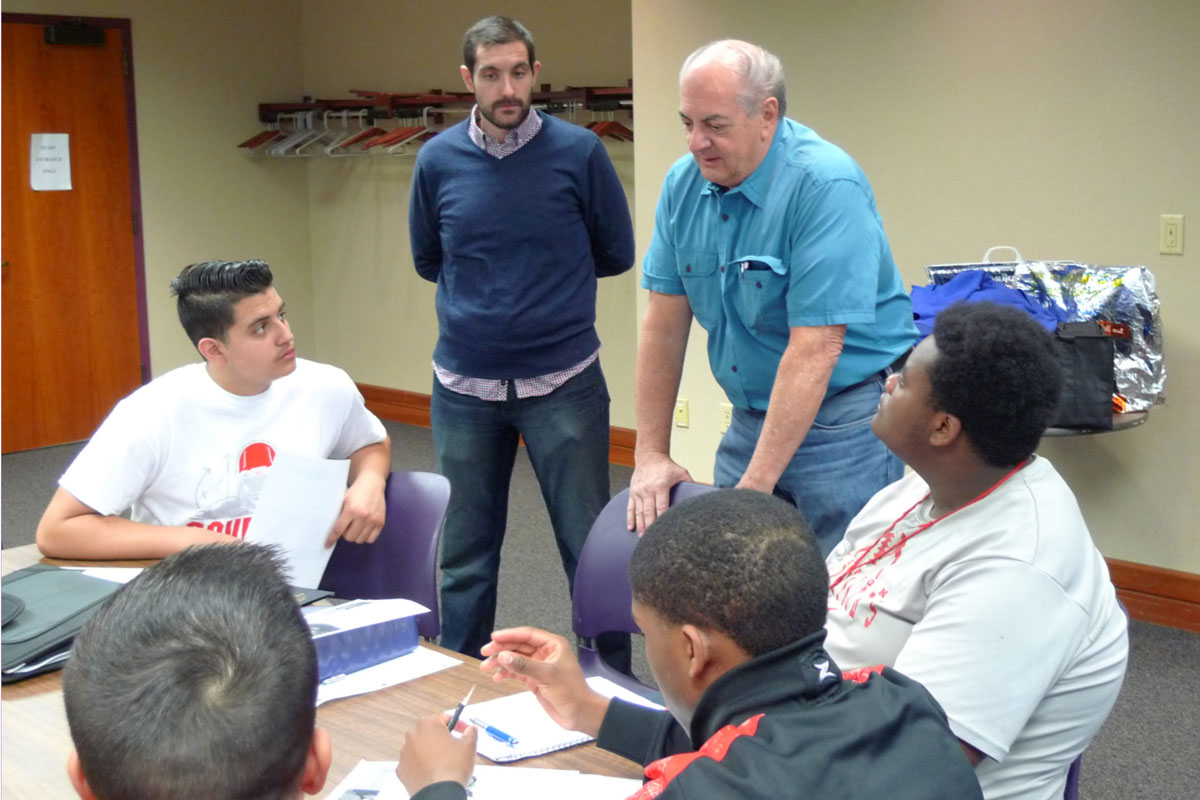 Library staff divided the students into groups, led tours of the library, and explained the agenda for the day. Carol Williams and Jason Scott of HPL’s Technical Services division presented tips on PowerPoint design principles such as color selection and readability. Mary Schons, head of Information Services, and Sherri Ervin, head of Circulation Services, taught students how to use library resources to research the business and the industry. Greenleaf and Allison Piech, head of Youth Services, went from group to group, talking with the students about their interviews, the importance of what they learned, and how to use that information in the commercials they would create.

Rebecca Stambaugh, an executive assistant and architect at InterDesign, an Indianapolis-based architectural firm, urged female students to not discount architecture as a career choice just because it is traditionally a male-dominated field.

Students viewed a 1968 booklet showing the library’s original midcentury modern design, which was familiar to Stambaugh as a graduate of Hammond’s Clark High School. The library’s present design was inspired by the Prairie style of Frank Lloyd Wright. Standing in front of a scale model of the library, she explained, “This would have been presented to the (library) board before construction began. It’s hard for some people to visualize a flat roof, for instance.”

Architecture encompasses many factors, she added. Color, landscape, even the design of the upholstery and chairs are considered.

“It’s important to consider the surroundings of a building. How does it fit in with the church across the street?” Stambaugh asked.

Don Piccirilli is an account executive with Daikin Applied, a global firm that installs mechanical and electrical projects. He has science, business, operations, and managerial experience, and answered students’ interview questions about his firm and his field.

Piccirilli talked about the heating, ventilation and air conditioning industry, and how it has been impacted by current American environmental regulations.

“They had to make new coolants,” he said. “The old ones weren’t available any longer. They also had to invent new methods to dispose of the coolants.”

Piccirilli and Greenleaf led students to the lower level, where they explained how the library’s original boilers work with the HVAC system installed during the renovation.

Rick Toth and his son, Kevin Toth of Business Systems Integrators, a Hobart-based information technology consulting company and reseller for IT products and services, rounded out the business representatives. The Toths spoke about keeping up with evolving digital and wireless technology.

“Who are your customers?” asked a student.

“We don’t have a product, per se,” Rick Toth replied. “It’s not like when you buy a can of beans at a store. In fact, we don’t have a store that you come to and shop. When we work with businesses, we have to figure out what their needs are.”

Which begged the question, “How?”

“Sometimes we’re called to look at one computer problem, and then find that it involves a lot of other issues,” Kevin Toth explained.

After the students returned to Morton, they coupled the companies’ information with their library instruction and the PowerPoint skills learned in class. The student-created commercials are running on the library’s large format displays in the lobby through early July.

“We appreciate the efforts of the students, Ms. Boyer, Morton High School’s administration, and the companies that participated in this new project,” said Greenleaf. “We are so proud of the students.

Greenleaf added, “We hope in the near future to develop other collaborative efforts with the schools in Hammond to introduce students to the resources and opportunities the library can provide to assist them in their career courses. We see our role as being interactive with our schools and in our community.”