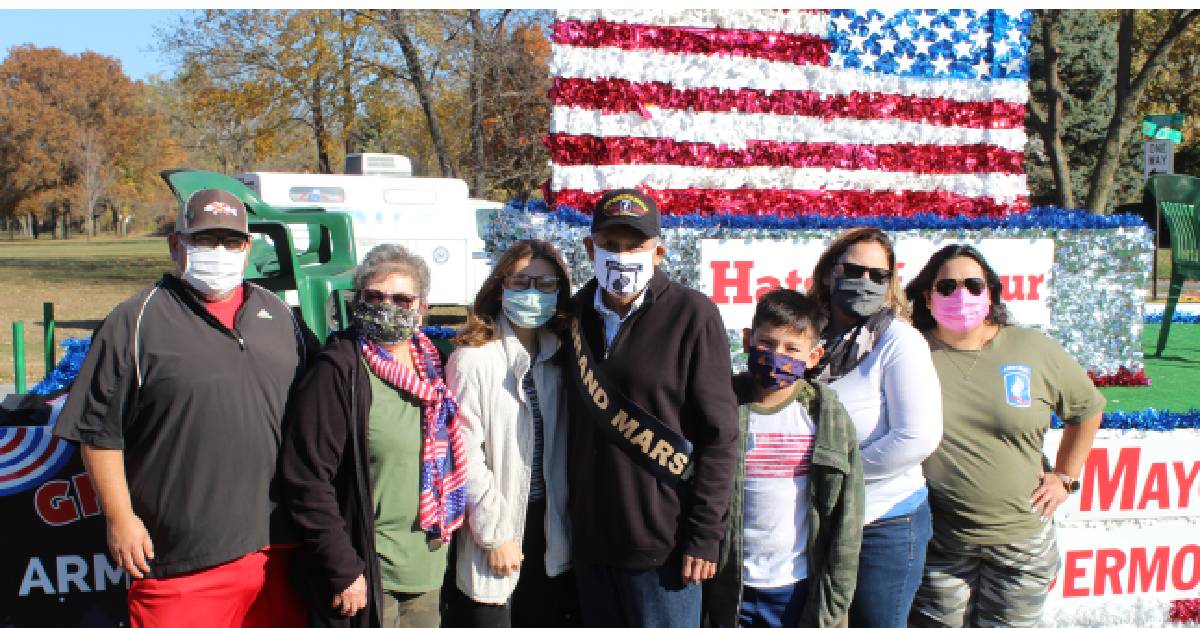 On Saturday morning, the City of Hammond gathered for the 7th Annual Veteran Appreciation Day Parade. Veterans and other members of the community lined 173rd Street as floats, vehicles, and marchers honored the service of the Region and nation’s veterans.

“This is really one of the only veteran’s parades in the whole Chicagoland metro area,” said Tom McDermott Jr., Mayor of Hammond. “I love Veterans Day, I served six years in the US Navy myself. It’s great to put on an event that focuses on our vets. Anybody whose served our country and put their lives on the line, who gave years of service to the United States of America, deserves a day.”

All kinds of organizations and businesses participated in the parade to show their support such as local American Legion and Veterans of Foreign Wars posts, and bands and clubs from schools like Hammond Morton. The parade’s Co-Grand Marshals were Airman Ernie Dillon, USAF 76th Squadron, SAC, and US Army SP4 Armando Blanco, Sr., 173rd Airborne Brigade.

“When I served with the 173rd, I went in as a replacement,” Blanco said. “I served with a bunch of good guys, really friendly guys, and we did our jobs the best we could. Some of us made it home, some of us didn’t. I have about 13 people I know on the Vietnam wall in Washington, D.C., that I knew from East Chicago where I grew up. When they put that wall up, it was really meaningful for me and a lot of guys that served. I know those people aren’t here with us, but they are in spirit.”

In March, Blanco was diagnosed with COVID-19 and spent 33 days on a ventilator before he overcame the virus. He worked his way through rehab, and now is back on his feet and was excited to take part in the parade.

“I didn’t get out of the hospital until three months later,” he said. “I’m glad I’m here. I’m really thankful for all the prayers, and all the people that helped me and supported me through this crisis.”

McDermott and the city worked carefully to ensure the parade would be safe for the Hammond community during the pandemic, and they were rewarded with the best weather the event has ever seen.

“There’s been poor weather for every single parade we’ve done, it’s always been freezing cold,” McDermott said. “Today, it’s absolutely gorgeous. We picked this weekend to honor our veterans, and being outside here in the sunny breeze we felt it was safe to do with proper social distancing.”

Blanco and Dillon sat at the front of the parade, greeting community members that gathered along the streets as their family tossed candy to excited kids. At the end of the route, there was a short ceremony at the Hessville Park Veterans Memorial where the Region’s service members were formally honored.

“I’m honored to be here today and I appreciate Mayor McDermott and his visions for our veterans,” said Dillon. “We’re here today to honor all of our veterans and their families who suffer a lot of hardship at home while they are serving throughout the world. God bless our families, and god bless our troops. It couldn’t be a better day.”