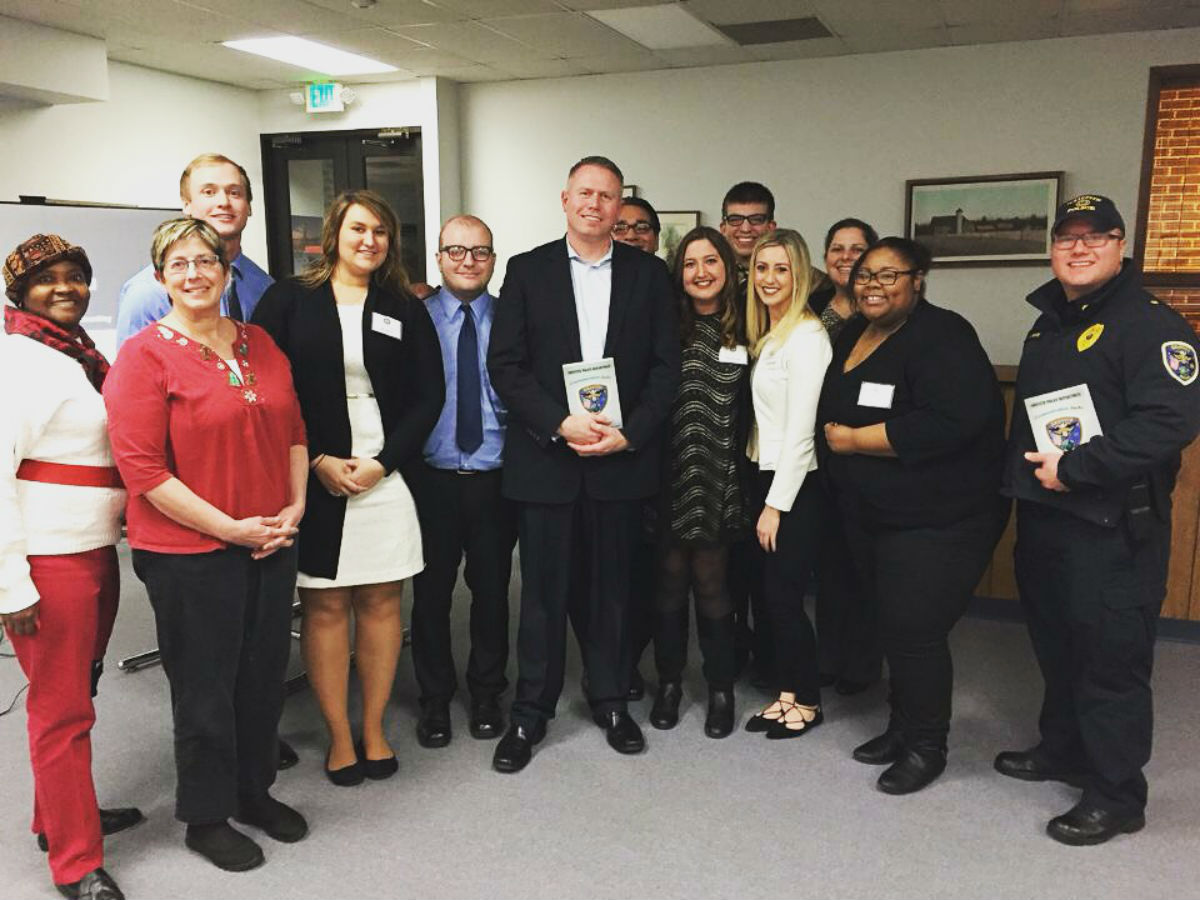 The Griffith Police Department continues to benefit from the communication audit completed by Northwest Communication Consulting in 2016.

Greg Mance, Griffith chief of police, said he was impressed with the students.

“I was impressed with the level of professionalism,” Mance said. “The organization was like a well-established company and met all of our deadlines.”

Mance said that even after two years of the audit, he still notices changes in the police department’s communication.

Jessica Someson, vice president of operations for Northwest Communication Consulting, said the firm recommended the police department to have more face-to-face communication and conduct surveys to understand the officers’ wants and concerns.

“We now perform surveys,” Mance said. “It seems that there’s less confusion about certain things and the officers can now communicate with us on a comfortable level.”

Someson said that they also recommended posting the mission statement in every office at the police station.

“This allows people to recognize who they are and understand what they are there for,” Someson said.

Mance said that the mission statement has been revised and that they used the firm’s recommendation.

“We put that into place immediately,” Mance said. “Before we had a vague mission statement.”

At the end of the audit, the police department received a book written by the students with all the research, data and recommendations to improve the department’s communication.

Mance believes that more organizations should take advantage of this student-led program.

“More people should be aware of these opportunities by colleges and universities,” Mance said. “There is so much talent and training in these students.”

Someson said that this class gave her the most hands-on training in the field and made her realize that she wanted to work in public relations. Someson is a Marketing Operation Coordinator for Real Food Blends in Chesterton, Ind. and has been with them since June 2017.

“It became my whole life and I decided that this was what I wanted to do,” Someson said.

This year’s class, Midwest Communication Consulting, is in search of an organization to serve as its client.

“It is an affordable and efficient way to improve communication,” Mance said.