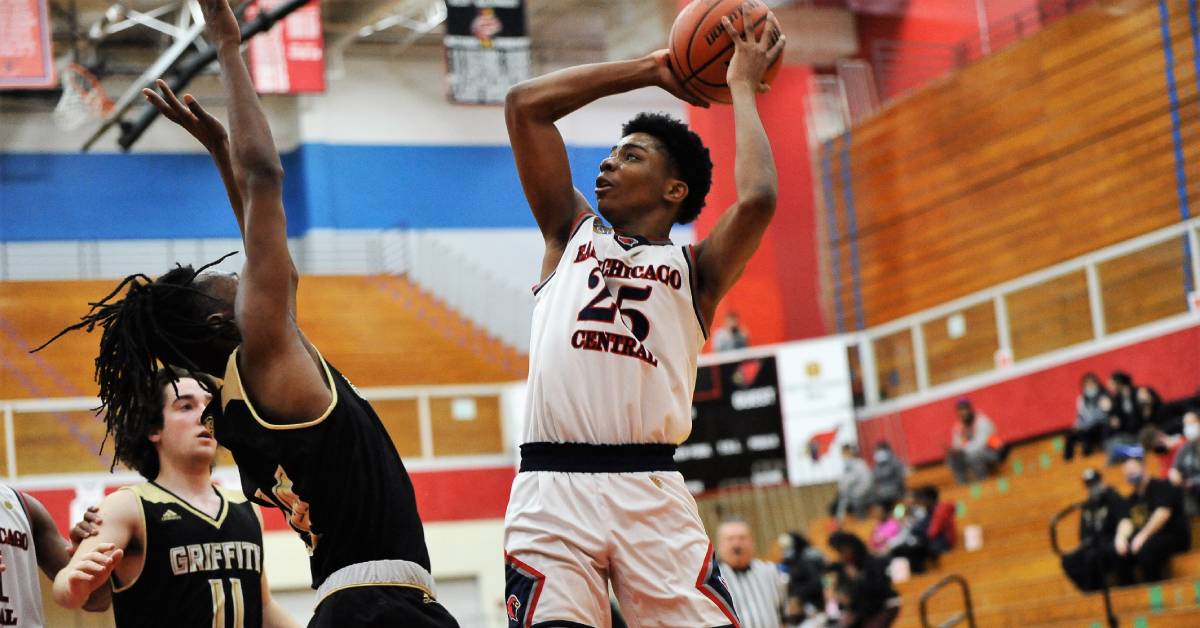 The East Chicago Cardinals played host to neighboring Griffith Panthers for a non-conference varsity game last night as teams wind down from a difficult and challenging season.

Griffith came into the game with a 5-15 record for the season, 3-4 for the league and 5th overall. They played a tight game at the start, putting up 9 points in the first quarter to keep within striking distance of their hosts. The Panthers were led in points for #14 Jacori Phillips, guard, with a strong showing of 2pt field goals and free throws, putting up a game total 10 points. Philips was nearly matched by #12 Shaun Scott, guard, whose strong performance in the second half of the game netted him 9 total game points, but their efforts were simply outmatched by the boys from East Chicago, and the Panthers ended their season with a 59-39 loss to East Chicago.

The Cardinals (4-12, 0-3) struggled against the Panthers a bit in the first quarter, but still managed to gain a narrow lead which they worked hard to extend throughout the rest of the game, leading 31-15 at halftime. #34 D. Cooley came on strong in the second half of the game with a string of 2-pt field goals to put away the game for East Chicago, scoring 12 of EC’s 59 game points. Also pounding the courts for the Cardinals were #21 D. Ross, G, who nailed 11 game points for his team, and #30 J. Morgan, G, with 10 points.

“We were sluggish at first,” said East Chicago coach Grayling Gordon, who spent the past three seasons coaching for Griffith before returning home to East Chicago. “I had just left there recently and they all knew that, so we had to do some things offensively to get the lead, but we pulled it off in the end.”

The Cardinals head next to Lake Central for a playoff game next Wednesday.

“We’re going to have to get better defensively next week against Lake Central,” said Coach Gordon. “They’re a tough team, so we’ll have to be tighter on the ball if we want to advance in sectionals.”

The night’s game also saw the announcement of East Chicago’s homecoming court, and the crowning of homecoming queen, Kyla Johnson.

“It feels great! I’m so happy, I didn’t think I’d ever be here,” said an ecstatic Johnson after the game. “All the girls were really great. It was a tough choice, but we congratulated each other and I’m just really happy right now.”