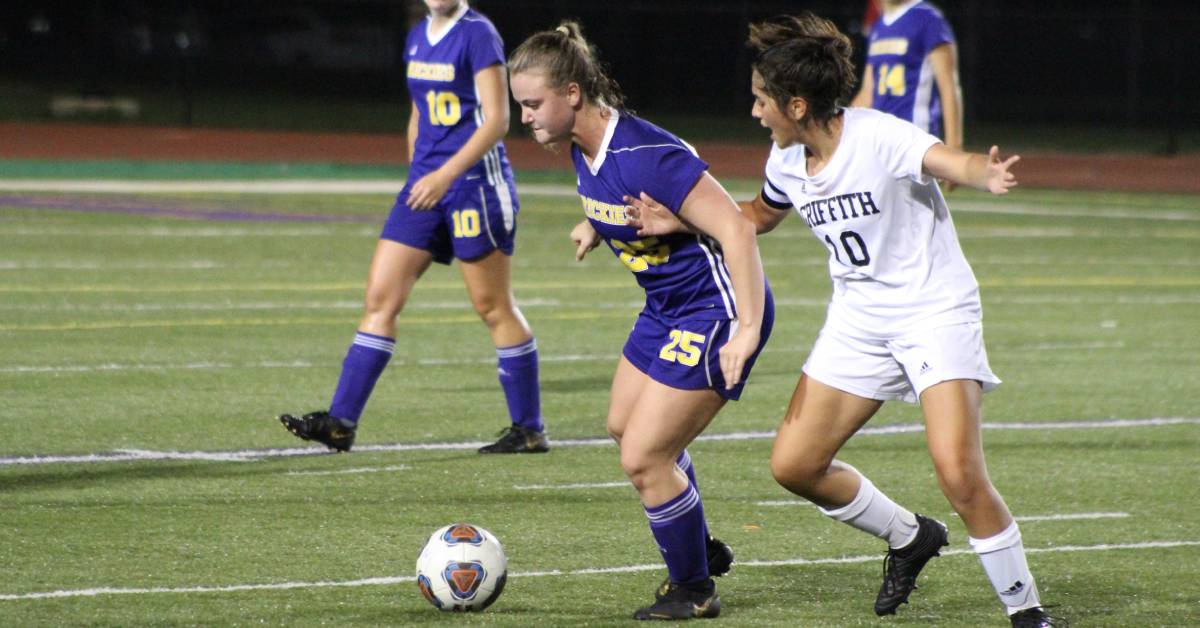 Griffith’s Lady Panthers took down the Hobart Brickies 2-1 in a tense soccer matchup at Hobart's Brickyard on Thursday.

The captains of each squad entered the game sharing high levels of praise for their opponents. Each team knew that the night would be a tight contest where every minute mattered.

“I think Hobart is a quality team,” said Emily Keck, one of Griffith’s Captains. “I think we’re pretty equivalent to each other. It’ll be a good testament to see how many touches we can get on the ball and how many passes we can complete. This is a good team to practice, build, and get some girls more playing time, and hopefully, score a lot of goals.”

Hobart held momentum for the majority of the first half, passing the ball well and generally keeping up a steady pressure on the Panther’s defense. The Brickies went up against a tired Griffith that was battling illness and injury.

“Half of us are sick or working with an injury,” said Mitch Prunty, Griffith’s Head Coach. “It’s that time of year and we’ve got to work through that, 10 minutes here, 15 minutes there, as best as they can go. It’s just a matter of getting over that hurdle.”

Griffith looked reinvigorated in the second half. Thanks to smart substitutions and aggressive play, they kept the Brickies on the backfoot after scoring their first goal. Their second and winning goal came off a lob shot that the Brickie goalkeeper could not do anything with. The Panthers played lockdown defense and kept the Hobart girls from making their passes.

As a non-conference game, it is not a huge loss for the Brickies. They look to right the course next week against Kankakee Valley.

“I think that we can definitely come first or second in the conference, that’s our goal,” said Liesl Martin, a senior Captain for Hobart. “Then, hopefully we’ll be able to win sectionals. That’s our goal as well.”