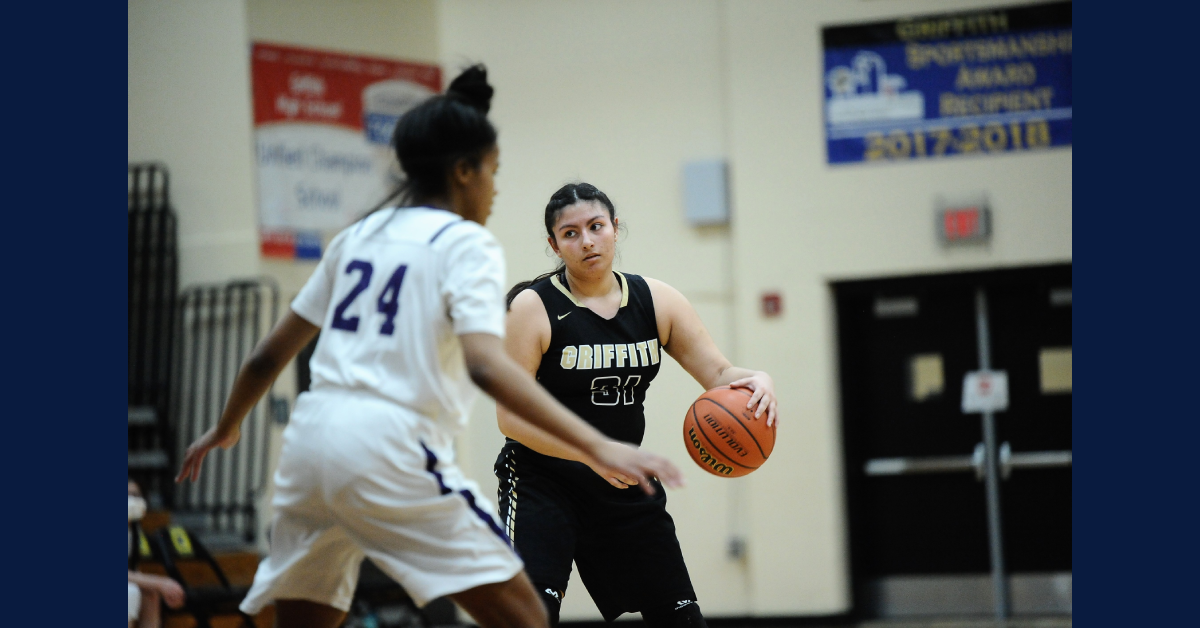 The Griffith Panthers continued their march toward the IHSAA basketball championship yesterday as they hosted three other teams, each in competition for the trophy.

In the first game of the tournament, Griffith faced off against the Wildcats from Hammond High School. The Panthers (12-3, 3-2) have presented a strong offense this season, with several of their players averaging double figures per game in scoring. Fresh off their 64-46 loss to Lake Station Edison last week, Griffith was no doubt eager to get back on track against the girls from Hammond High.

The Wildcats (1-10, 0-3) have struggled this season, but came on strong against the Panthers, matching their first quarter effort with 8 points each for that period. Griffith started to pull away in the second quarter, adding 12 points to their side of the board good enough to take their team intp halftime with a 20 -14 lead.

The Panthers came out strong in the 3rd quarter, their strong defense holding Hammond scoreless, while #23 Marisa Esquivel, #31 Ariel Esquivel and #21 Julissa Hamm each posted strings of 2 - point field goals, adding another 19 points to their score.

The Wildcats clawed their way back onto the scoreboard in the 4th quarter, but it wasn’t enough to catch up to the hard-charging Panthers who took the game, 46-22 and will advance to the championship game on Saturday.

In the second game, it came down to a battle between the Hammond Gavit Gladiators and the Calumet New Tech Warriors.

The Warriors (8-9, 1-4) knocked Lighthouse College Prep Academy out of contention last Tuesday, with a 56-49 win in their first postseason game under new coach Chris York, who took over coaching duties just last season and has done an impressive job at getting his team ready for their chance at the title.

Calumet New Tech jumped out to an early lead in the first quarter, thanks to a series of 2 - point field goals from #23 Jasmin Barker, closing out the first period with a 13-9 pead over the Gladiators. Barker continued her dominating performance, putting up a total of 27 points for the game.

Gavit fought hard, with strong team performances from #14 V. Carrera, who scored a total of 21 points in the game, and #13 L. Morris, with 13 points, but it was not enough to overcome the Warriors, who took the win with a final score of 64-56, with Calumet New Tech advancing to face the Griffith Panthers in Saturday’s championship matchup.