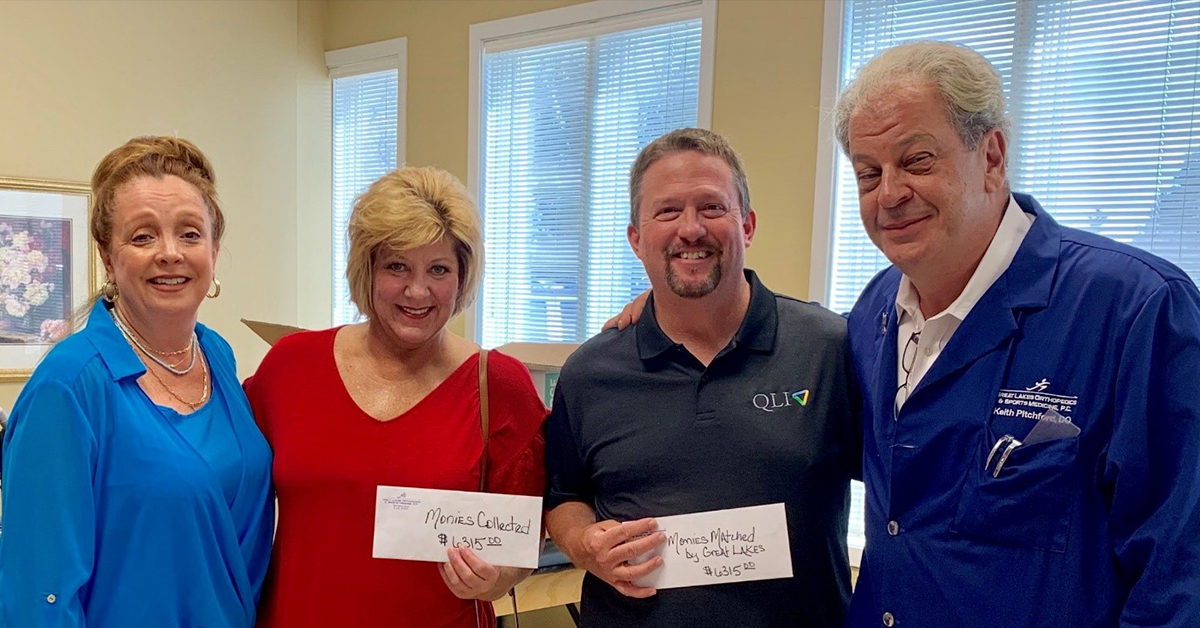 “You never think it will actually happen to you until it does.”

Marty Ewing and his wife Jennifer Ewing found themselves in a catastrophic situation, and for a little while, wondered how they would ever get through it.

Their son, Marty Ewing, a Lake Central High School graduate and freshman collegiate baseball player at Indiana University South Bend, was tragically shot in the neck while attending a house party. The 19-year-old sustained an injury to his spinal cord and was left paralyzed.

Jennifer Ewing, Neuroscience Critical Care Nurse Specialist, began to picture her son’s life through the eyes of healthcare, and after a flood of devastation and helplessness, financial troubles started to become very real to her and her husband, Marty.

“We have a two-story home, a half bathroom on the main floor, and no wheelchair access. We began trying to figure out how we were going to stay afloat,” Marty said.

The Ewing’s began reaching out to family members asking for help with renovations to avoid selling their home. And then, of course, there were the medical bills.

But then, something happened. It was the kind of thing that the two parents had only read about in the news.

“It touched my heart and hit close to home. He was a member of our community, and his life will be forever changed because of this random act of violence. We felt compelled to do something to help this family,” Shelley said.

Shortly after the shooting in early May, Shelley and Keith started a fundraiser for the Ewings and agreed to match the amount raised by those willing to help. They set up a table in the waiting room of the office with Marty’s story displayed and put the word out on social media. From there, the fundraiser began to take off.

“Something like this could happen to anybody, and in these times, the community needs to pull together. At Great Lakes Orthopedics, we love to give back to the community and are always willing to help,” Shelley said.

The fundraiser ran from May through July. Patients, local businesses, social media friends, and athletic teams at Lake Central High School raised $6,315 for young Marty and his family. With their committed match, Great Lakes Orthopedics & Sports Medicine presented the family with $12,630 for medical expenses.

While this amount may be surprising to some, Shelley said she wasn’t surprised in the slightest.

“We run Great Lakes Ortho as more of a family rather than a business, and I had a feeling our family would pull together. It was very touching when we started to see the donations rise,” she said.

Parents Marty and Jennifer tried to avoid clichés while describing the gift but came up short for good reason.

“You read about stories like this when communities pull together, but you never expect to be in this scenario, especially on the receiving end. Speechless might sound cliché to say, but speechless is exactly what I felt. I don’t know how we will ever be able to show how appreciative we are to Great Lakes Orthopedics,” Marty said.

Jennifer agreed, and said her faith and hope had been restored.

“There are good things that can come about even though something catastrophic has happened. People are not all bad. In the beginning, we started to think, ‘why did this happen? How could someone do this to him?’ but then, we started to see all of the selflessness, kindness, and giving. Our faith in people was completely restored,” she said.

“It was not expected in the least, and it was substantial enough to really make a big difference in his care,” Jennifer added. “Here were these people that we didn’t even know handing us a check to help our son.”

The check went toward keeping Marty at Quality Living Inc. (QLI) in Omaha, so he can continue to recover both mentally and physically. The family’s insurance was done paying for Marty’s inpatient stay at QLI as of September 10, but thanks to the money raised by Great Lakes Orthopedics, he is able to stay for another two months. To young Marty and his parents, this gift is priceless.

“During Marty’s stay at QLI, they’ve given him hope. They’ve taught him that he can do anything. It may require extra planning, a different way of figuring out how to do it, but he is not limited. He couldn’t see this until he got there, and now, thanks to Great Lakes Orthopedics, he is able to keep this hope and continue this thinking,” Marty said.

To the Ewing family, the money raised truly changed their lives.

“Businesses like Great Lakes Orthopedics and communities like the Tri-Town area that we live in - I don’t know that they understand how impactful it is to a family when something like this is done. It changed our lives, and we don’t know how we can express our appreciation and gratitude in a way that makes us feel like they get it,” Marty said.

“If it was not for the community that we live in, I don’t know if we could have gotten through this. They’ve made a change in our life and a change in our son’s life,” Jennifer added.

Shelley Pitchford and her husband Dr. Keith Pitchford would like to thank the Great Lakes Orthopedics & Sports Medicine staff, patient base, and several businesses for helping with the fundraiser for the Ewings: 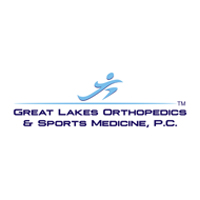