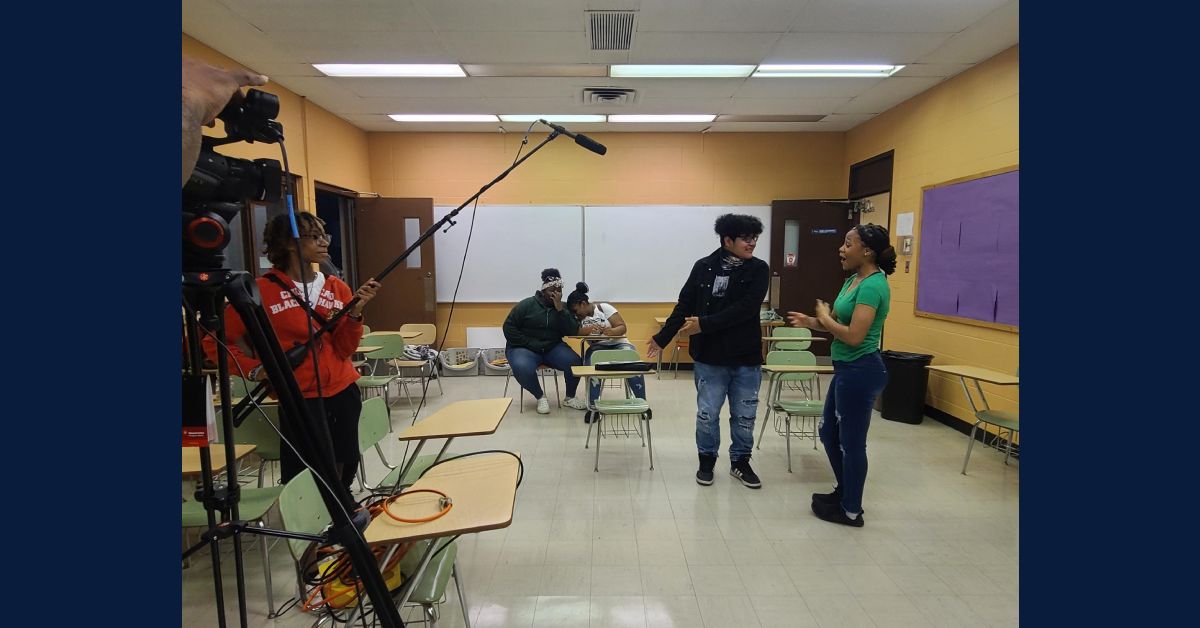 Middle school scholars from the Gary Community School Corporation are receiving hands-on experience in film production from professionals thanks to an intensive 4-week summer initiative created by the District's radio station WGVE 88.7 FM. The Day Camp is being held at the Gary Area Career Center.  The students are creating short films while immersing themselves in the entire process of  script writing, editing, production and acting. Meanwhile, other students enrolled in the camp are creating a game show, while learning techniques of research and media production.  "These students continue to amaze me," said Jeffrey Smith, Director of Broadcast for WGVE and creator of the camp. "For many, this is their first time being exposed to the world of radio and TV, and I am honored to make this introduction."

The 8-minute short film created by students will be debut on Thursday this week and will air before an audience of the entire summer school student body at the Gary Area Career Center.

The game show will also be presented live and recorded for scholars to begin establishing their professional portfolios prior to entering high school.

"I see a bright future  for these scholars, and now that they are getting this experience, the next step is to enroll in the Career Center's Radio/TV Broadcasting program," added Smith.

Smith was joined by co-facilitators  JaiKevin Thomas and Yvette Walker who motivated the students to work consistently as a team to see their projects through.

"They did an amazing job within such a short window of time," said JaiKevin Thomas, Instructor of the program and Media Manager.  "I know some professionals who can't turn around projects like this in three weeks, but these scholars did it."

The 7th and 8th grade scholars from Bailly STEM Academy and Gary Middle School for the Visual and Performing Arts enjoy exploratory options to numerous programs offered at the Gary Area Career Center.

"Sometimes it’s a challenge for students to decide whether the Career Center is something they want to experience in high school," said Shelly Martin, Director of the Gary Area Career Center.  "Providing early exposure during middle school makes them fully aware of their options and potential career paths."

Students interested in the programs at the Gary Area Career Center can find more information and the application at garyschools.org.