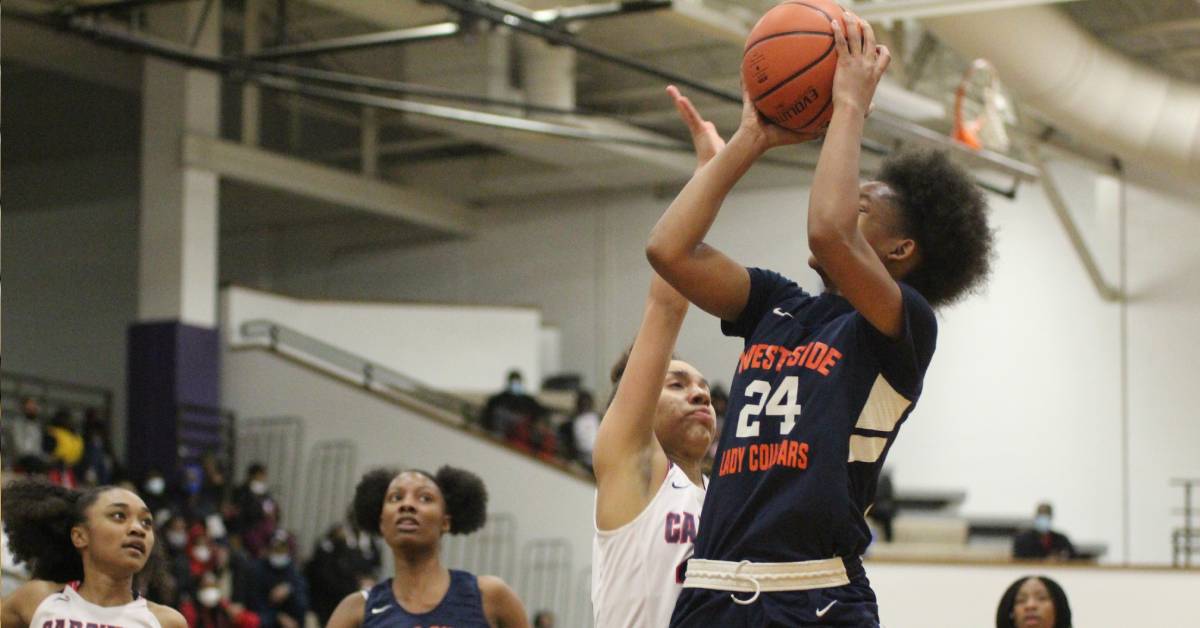 Gary West Side Leadership Academy’s Cougars advanced to the semi-finals of the Merrillville Girls Basketball Sectional on Wednesday, defeating East Chicago Central High School’s Cardinals 58-24. They will face the Merrillville Pirates on Friday for the chance to play in the championship against the Lake Central Indians.

“Our goal was to come out with intensity and we did a good job of that in the first quarter,” she said. “We tend to come out without energy, so that’s our biggest thing this postseason, to come out and play with energy.”

Butler knows that against a strong Merrillville squad, that intensity will need to extend throughout the whole game.

“It’s going to be an extremely tough game,” she said. “We have to learn how to play four full quarters. That’s our main thing right now. We’ve played some good teams where in the first half we’ll do good, but normally in that second half we’ll fall off.”

“Our seniors came out and played with intensity,” Butler said. “They weren’t ready to go home and end their season.”

The Cougars will face the Pirates in Merrillville at 5:30 p.m. on Friday.