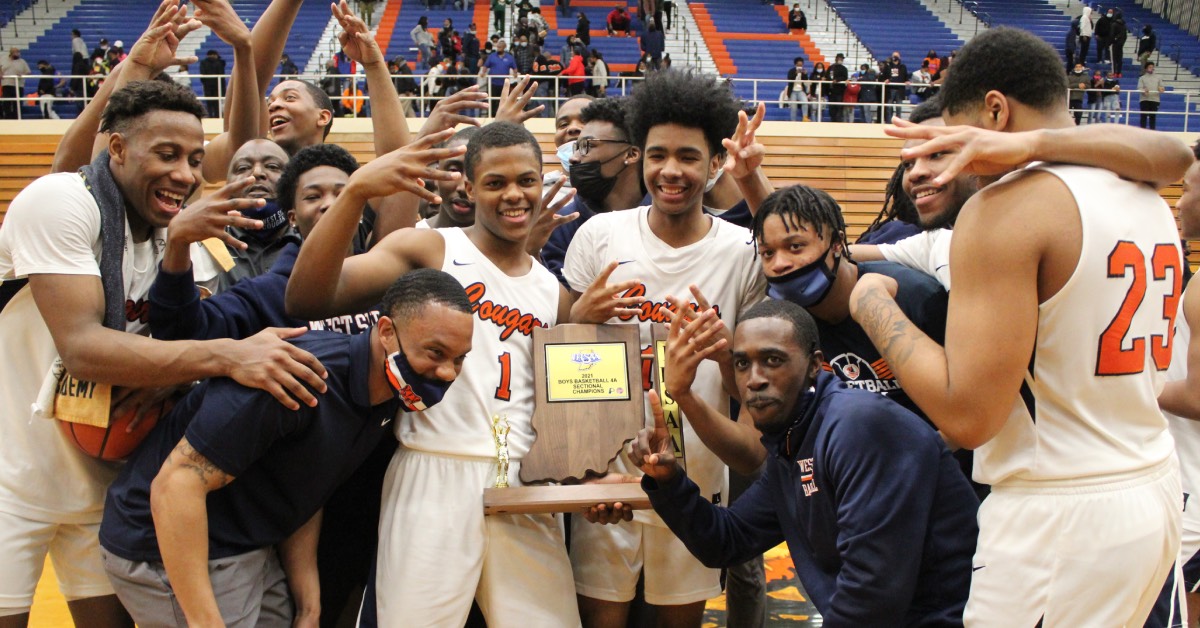 For the first time in 16 years, the Gary West Side Cougars are sectional champions, defeating the Munster Mustangs 49-29 to complete their dominant three-game stretch through the first round of playoff action.

“They’ve worked so hard and have been so close; we’ve been in the sectional championship for a few years but never got over that hump,” said Chris Buggs, head coach for the Cougars. “They did this for the city and the community. I’m so proud of them, and we’re not done yet, but I want to take this moment to soak in what we haven’t done in a long time.”

The point total doesn’t jump off the scorecard, especially for a team that’s scored as many as 88 points in a game this season – but there was never any doubt on Saturday that the Cougars were in control all nightand were as locked-in as they have been at any point this season.

“We’ve been preaching all year about doing things together and sticking together,” Buggs said. “We’ve had some guys who were injured, and we played some tough games while guys were coming back from injury. What we did is use that to get other players experience on what it feels like to be in a tough game against a good team. As we got to the post season, that built us to be a complete team. We can literally go 10 deep, not a lot of teams can say that.”

One of those injured players was Junior Jalen Washington, a consensus five-star prospect who has spent large parts of the season rehabbing an ACL injury.

“It just feels great, knowing that your work is starting to pay off,” he said. “I’m going to enjoy this for tonight, rest up on Sunday, and get back to work on Monday.”

Washington and the rest of the Cougars will need to maintain that competitive mindset as they take on Elkhart at the Michigan City Regional Championship Game next week.

“We’re just focused on winning, nothing else matters when we still have a long way to go,” he said. “We want to win for our seniors, for our coaches, for our whole program.”